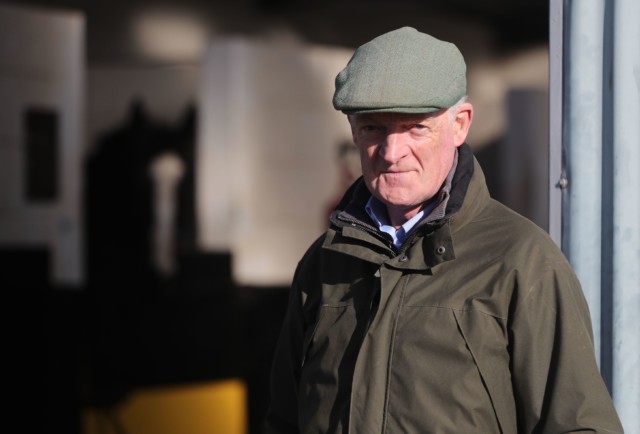 GOLD CUPS, Grand Nationals and Champion Hurdles. Willie Mullins has seen it all.

Aintree and Cheltenham will always be on the mind of the Closutton maestro as he plans campaigns for his stable full of stars.

But don’t for one minute think Punchestown is an afterthought – he loves it just as dearly.

“I love going up there on the Sunday before the Festival to walk the track and just looking back on the course from the top of the hill, it is just an amazing place,” said the 64-year-old trainer.

With Chacun Pour Soi, Allaho, Al Boum Photo and more all to run this week, the proof is in the pudding.

Mullins leaves nothing to chance at Punchestown, with a 14th consecutive trainers’ title almost signed off.

He added: “Punchestown is what we always look forward to. There is huge prize money, fantastic racing, they always produce great ground and just the amphitheatre of Punchestown itself.

“I often think there is no racetrack like it in the world when you see it laid out for five days racing and all the different rails that are set up. It’s just amazing and the whole concept of the Punchestown Festival is huge when you see the work and preparation that goes into it.

“Prize money is key to any sport and the new Punchestown is a different ball game altogether.

“My father would have been delighted to be training nowadays to see the facilities and the ground that they produce.”

And Mullins will be hoping he can get out of the blocks quickly this week.

Today he sends three into battle in the William Hill Champion Chase with Allaho, Chacun Pour Soi and Cilaos Emery all set for the Grade 1.

The trainer said: “I’d like to see what Allaho can do over two miles, he jumps so efficiently and so well.

“I love horses that jump as quick as him and if you can jump that quick usually you can come back in trip a bit.

“I think he has the jumping technique to jump with two milers and he gallops well enough, we all saw that in Cheltenham.

“I didn’t think we made enough use of Chacun Pour Soi at Cheltenham. Maybe our tactics just let us down on the day. It’s easy to be wise afterwards.

“I think this is the natural race for him. There will be plenty of pace on and Cilaos Emery will probably go there as well so we will be well represented in the race.”

Appreciate It extended his unbeaten hurdles record to four with a stunning win in the Supreme at Cheltenham.

He’s a hot favourite to make it four Grade 1s for the campaign, stepped up in trip this time.

Mullins said: “Appreciate It has surprised me this year.

“I never dreamt he had that much speed but he jumps, he gallops as well. He probably takes a lot of speed out of horses with the cruising speed he has as well.”

And of course Mullins holds a strong hand in one of the matchups of the week as Monkfish takes on Envoi Allen.

The pair lock horns for the first time in a potential clash for the ages as Mullins’ unbeaten novice chaser takes on Envoi Allen off the back of his Festival disappointment.

Exciting Energumene is also due back on the track after sitting out Cheltenham with a setback. The unbeaten chaser is due to run in Thursday’s Ryanair Novice Chase.

Dual Gold Cup hero Al Boum Photo is also in line to run and should take on this year’s Cheltenham star Minella Indo. 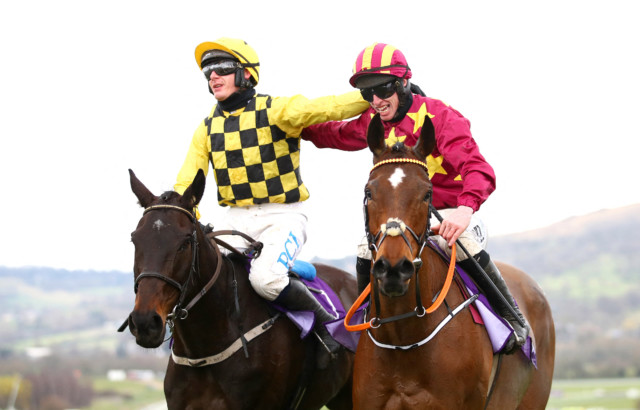 And Mullins is hoping for a bigger effort from his star than he saw at the Festival.

He said: “Lots of people could say that Al Boum Photo’s run might have been good enough to win the last two Gold Cups and he just met two good horses on the day.

“I’m not saying he’d have won the Gold Cup but I thought he could have run better, maybe he didn’t fire as well as he has. Certainly the last five jumps weren’t as strong as they were last year.

“He has worked well in the meantime and I’m happy with him where he is at the moment.”

Did you miss our previous article…
https://www.sportingexcitement.com/horse-racing/drama-at-lingfield-races-with-crazy-three-way-photo-finish-leaving-a-dead-heat-and-share-of-the-spoils