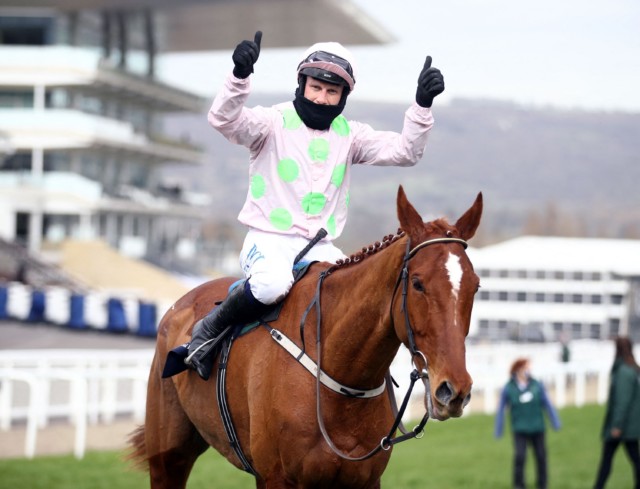 WILLIE MULLINS has been dealt a hammer blow with Cheltenham Festival superstar Monkfish ruled out for the season.

A huge fancy for next year’s Gold Cup, the seven-year-old has suffered a campaign-ending tendon injury.

The crack Irish trainer also announced Min, a seven-time Grade 1 winner, has been retired at the age of ten.

Both horses are owned by banker Rich Ricci, a larger-than-life character who still bought lottery tickets despite being worth £100million.

SunSport told you last May how Ricci’s other trio of superstars Faugheen, Douvan and Benie Des Dieux had all been retired.

Monkfish was a general 6-1 shot and joint-favourite alongside Minella Indo for next year’s Gold Cup.

He decimated the field when winning this year’s Brown Advisory Novices’ Chase by six-and-a-half-lengths under Paul Townend.

That was his seventh straight win – but he suffered his first defeat over fences when beaten eight lengths by Colreevy in Punchestown’s Champion Novice Chase on his last start in April.

Mullins told sportinglife.com: “Unfortunately he has an issue with a tendon and it requires the season off.”

Min had already been ruled out until after Christmas after having surgery on a hind leg in August.

Mullins said: “He suffered an injury in this year’s Ryanair which we operated on.

“We were hoping to get him back for this season but unfortunately it hasn’t come right for racing but he’s heading to a very good home to make an excellent riding horse for them.”

In this article:Cheltenham, Cheltenham Festival, Punchestown