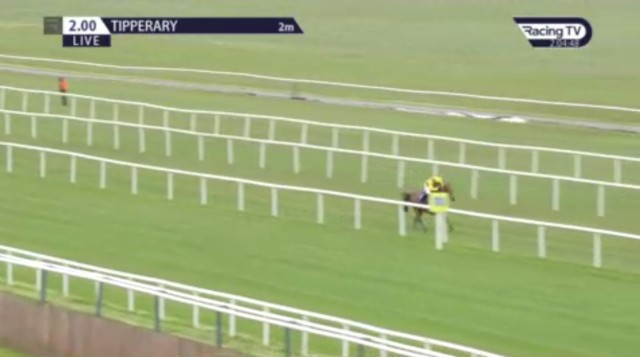 THIS is the stunning moment Willie Mullins’ horse thrashes rivals by such a massive distance the camera can’t even fit the other runners into shot.

The master Irish trainer is, it’s fair to say, used to winning a race or two.

Dark Voyager absolutely hammered his rivals in the two-mile race

Dark Voyager was second to Zanahiyr on hurdles debut and gets off the mark over jumps in good style for Willie and Danny Mullins @tipperaryraces @dan2231 pic.twitter.com/K58j2HUeBL

But rarely even for him does one of his runners annihilate rivals by such a distance as Dark Voyager did at Tipperary on Thursday.

The four-year-old gelding won by a colossal 26 lengths – one of the biggest margins of victory you are likely to see this season.

The 7-4 shot, ridden by Willie’s nephew Danny, was racing fresh after a 144-day break.

But truth to be told, nothing quite indicated Dark Voyager would dominate by such a gargantuan distance.

He came last by 41 lengths the race before, and prior to that had managed just one win in nine other contests.

Mind you, he did come second on his hurdles debut to the highly-rated Zanahiyr, so there was some talent there.

But conditions in the two-mile hurdle on yielding going must have been perfect as he absolutely hosed up, leaving 5-2 Easca Peasca way behind.

Speaking of the ride, Danny said: “He had good form behind Zanahiyr last October but just went off the boil a little bit.

The Mullins horse looked well in control after the penultimate flight 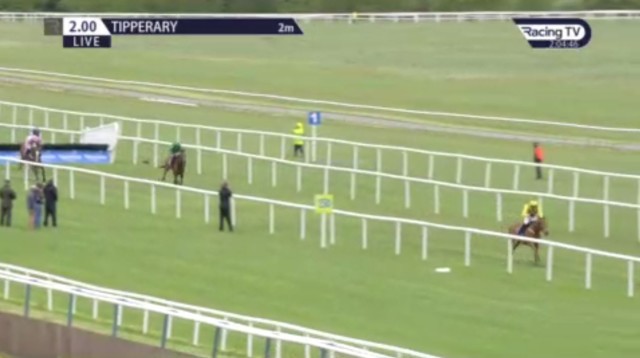 “It was a nice performance and the bit of rain was no inconvenience to him.”

Mullins will look to retain his champion trainer title this season, boosted by a stable of superstars.

And he goes into the 2021 season off the back of last campaign’s heroics, which included a five-timer in last month’s Punchestown Festival.

He banked more than £4.3million in prize money and finished well clear of rivals Henry de Bromhead and the banned Gordon Elliott.