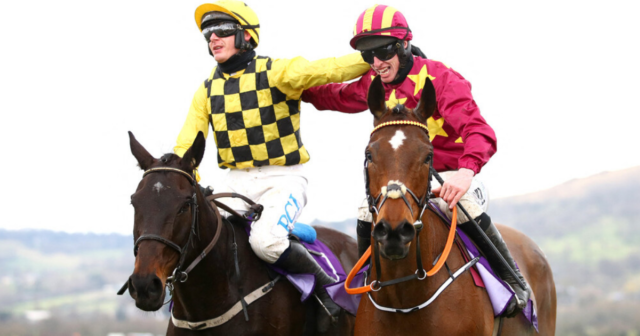 WILLIE MULLINS is plotting a surprise new path for Al Boum Photo in his search of a third Cheltenham Gold Cup.

The dual winner of the Festival showpiece traditionally starts his season with a run out at Tramore on New Year’s Day.

But master trainer Mullins, 65, has suggested he could shake up the proven formula for his stable star.

And it looks like Haydock could be an option for Al Boum Photo, who was denied a third straight Gold Cup by Minella Indo last March.

Mullins, who recently confirmed star novice chaser Monkfish is out for the season, said: “Ideally, I would like to get Al Boum Photo out earlier than New Year’s Day.

“That’s what I’m thinking at the moment but I don’t have an intended target in mind for him just yet.

“We’ll wait and see what might suit him. He has summered very well and I have been very happy with him since he’s come back in.”

Al Boum Photo claimed his two Gold Cups in 2019 and 2020 after just one run out – in the Savills Chase on New Year’s Day.

He is currently a 20-1 shot with Paddy Power for next March’s race, with Minella Indo the 4-1 favourite.

Speaking of Cheveley Park Stud’s A Plus Tard, he could be set for an early rematch against Al Boum Photo at Haydock.

Should Mullins opt for that route then the pair could race in the Betfair Chase on November 20.

Failing that, the Ladbrokes Champion Chase at Down Royal on October 30 is an option.

And the John Durkan Chase at Punchestown on December 5 could give punters a pre-Christmas treat if Al Boum Photo targets that.

However, Mullins said is still too early to lay down concrete plans, even though trainers will have one eye on the Festival already.

He said: “It’s a bit early in the season to be making any plans for my jumpers, so it will be another few weeks before any decisions are made on who is going where.”

In this article:Cheltenham, Down Royal, Haydock, Punchestown, Tramore