Willie Mullins Stable Tour: The maestro opened his doors to the press and this is what he revealed about his stars
Advertisement 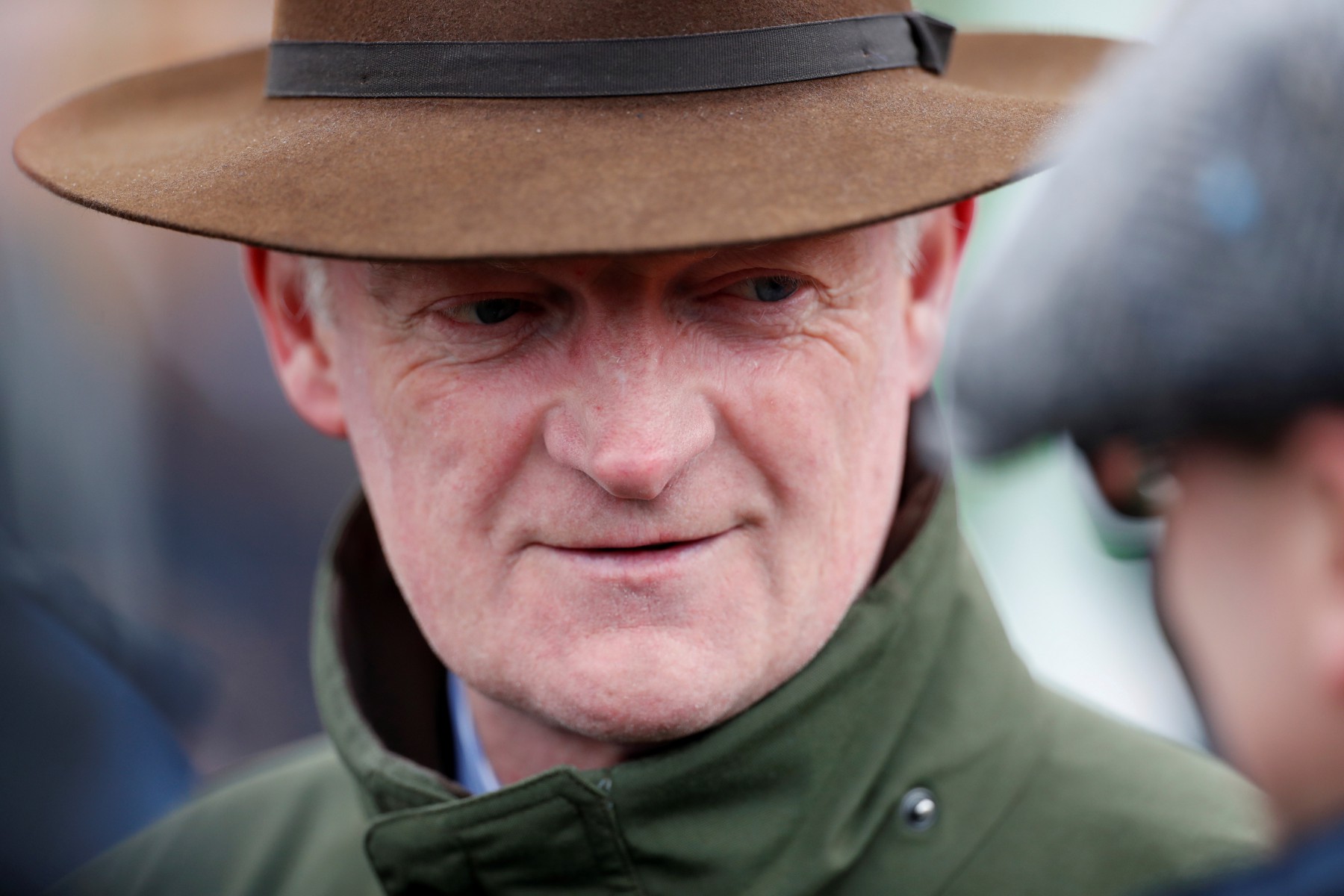 IT’S the one everyone has been waiting for, Willie Mullins has lifted the lid on a number of his big guns.

On a rare press day at Closutton he passed on plenty of information and targets for his star-studded string.

He’s in great order. We’d been waiting for him to come out for a long time last season, but his run at Punchestown was exceptional.

We have to try to repeat that form this year. He’s in the John Durkan (at Punchestown next month), but there’ll be others. I wouldn’t want him and Min against each other at this point in time.

He’s comfortable at two miles, but I don’t mind going out in trip. He’ll get an entry in the Hilly Way, and there are not many more two-mile races around before Christmas.

He’s not fragile, but different things have happened – and because he’s so good, I’ve been inclined to give him more of a break.

Last year, when he came right, it was too late to go to Cheltenham – but I wanted to get him going. Sometimes when you get them on the track they stay sounder, and he’s been good this year.

I don’t think ground is an issue- he’s a good horse, he’ll go on any ground.

The John Durkan is probably the one definite place I can aim with Min – he likes the track, and if he’s fine he’ll go there.

We got it wrong when holding him up in the Ryanair at Cheltenham last year. It didn’t suit him at all, and we won’t be making that mistake again. The way the ground is at the moment suits him really well.

I’m not sure where I’m going to go. He’s entered in the John Durkan, but that might be too near Christmas (Leopardstown), so I might do something like we did last year.

Tramore is a possible, and it might depend on if Kemboy can run or not. I’d imagine that will all be sorted by then.

Burrows Saint still has a bit to go to reach the top level – but he’s young enough. The obvious target this year looks to be the Aintree National, but I think he’s too nice a horse to keep him back for that.

When you aim at that you have to set aside the whole year, and I’m not sure I want to do that, so we might see how far up the ladder we can go. I think we’ll go for the top staying races. It will be hard to win a handicap with him now.

He will go to Thurles in a couple of weeks for a race over two-four or two-six.

My plan is to go up in trip. I wouldn’t see a problem going three miles with him, but he needs to put a bad year behind him.

He was supposed to run the other day and will appear shortly, possibly in the Hilly Way.

He won over two and a half the other day, and he’s in the King George. I want to go up in trip with him, and it appears he’s better right-handed.

He won very well in the north (Down Royal) – I was very pleased with him.

He was very good the other day, so something like the Hilly Way may be for him.

Faugheen, we’ll find a beginners’ chase for. I’d be happy to let him have a run at the weekend (at Punchestown) – he doesn’t have to win, I just want to get him out.

She has options, a mares’ chase at Thurles or a beginners’ at Gowran in the next 10 days – I hope she’ll make one of those, and I’d say Gowran might be favourite at the moment.

She looks a real chasing mare and jumps well enough as well, so I’m happy.

Melon ran the other day, and he looks like he wants to go up in trip. He was giving 8lb to a good horse (Fakir D’Oudairies) – who won’t be getting that after Christmas.

The winner hurdled his fences, while we jumped them like a chaser – he just wants a trip.

He has had a small setback but hopefully will be back in early December – I want to get him out as early as I can and get a run in before Christmas.

In this article:Aintree, Cheltenham, Down Royal, Leopardstown, Punchestown, Thurles, Tramore