Wincanton on ITV: Your ultimate guide to the Somerset meeting on Saturday
Advertisement 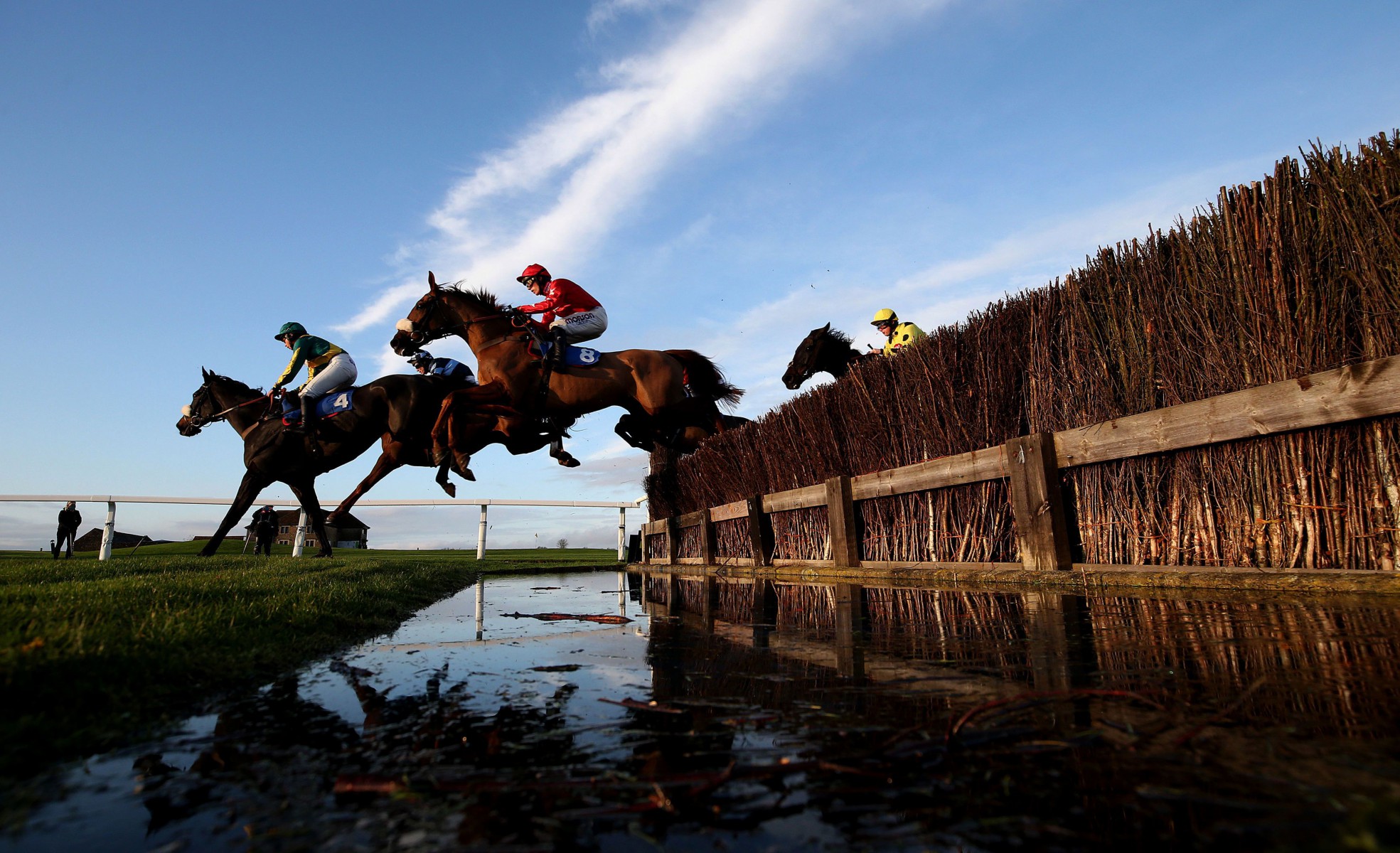 THE racing on Saturday doesn’t have quite the same sheen to it as some of the fare over Christmas, but there are still some competitive races to get your teeth into.

Wincanton hosts a hotly-contested meeting and we’ve had a good thumb through to try and make your afternoon a success.

Wincanton hosts a number of competitive races on Saturday

This isn’t the strongest opener in the world and gives the in-form Chris Gordon a good chance to land another win withITSONLYROCKNROLL.

He hasn’t run since April but finished the season with a fine second and that’s the best recent form in the line-up.

A wind op could eke out a little more from him and he just sneaks into a 0-105, so everything looks in place for a big run.

Sadmais the only other contender with recent good form and boasts strong claims under smart conditional Edward Austin.

He was an easy winner at Hereford in November before a good second off this mark at Plumpton last time and should be there or thereabouts.

It looks between the two of them, butPottlereaghexpressran a decent race at Fontwell last month and has a shout for young buck Toby Lawes.

A tough one to work out here, with several unexposed prospects in the line-up.

BOOK OF GOLDhas been raised 8lb by the handicapper for a brilliant chase debut and he surely has more to come for Oliver Sherwood, who does so well with his chasers.

Harrison Beswick removes a valuable 5lb and the way in which he won suggests he can go in again, particularly if first-time cheekpieces have their desired impact.

Loud As Lionswas desperately disappointing at Ludlow last time but had previously won well at Ludlow and he has a chance if able to get an easy lead.

Dino Boytook advantage of a late fall from one of his rivals at Wetherby last month but that was his chase debut and he surely has more to come for the Twiston-Davies team.

Glenobounced back to form at Fontwell recently but that form isn’t particularly strong and he had a hard race there so may be worth following on another day, and the same goes forNearly Perfect,who needs a little more experience over the larger obstacles.

This looks a decent novice hurdle with most of the big yards represented, and it could be between the penalised runnersHURRICANE HARVEYandSt Barts,with Fergal O’Brien’s contender fancied to do the business.

He got off the mark in good style at Ludlow last time out and finished 1l clear of the second and 17l ahead of the third – who’s since gone on to win easily.

That’s strong form for the grade and he should see off St Barts, who ripped apart a poor race at Uttoxeter last time.

He’s still very unexposed but possibly could have done with a touch more rain and is vulnerable to the top horse, who has 3lb of his penalty removed by the very useful Connor Brace.

Of the others,Southfield Harvestis interesting for Paul Nicholls after winning a bumper at Chepstow last season.

The runner-up that day has turned into a very smart hurdler and he has claims if raring to go after a break.

Jeremy Sunshineis also considered for Colin Tizzard, but he needs to show more before he can be followed in a contest of this nature.

Saintemilioncouldn’t quite get past Le Coeur Net at this track last time but still holds strong claims as being one of only two horses coming into this in any sort of form.

Paul Nicholls’ seven-year-old scrapes in at the bottom of the weights and was clearly suited by the drop to this trip that day, so has claims if putting his best forward again.

However, he could struggle to toppleADMIRAL’S SECRET.

Victor Dartnall’s nine-year-old likes a good think about the game and has been known to refuse to race, but when he puts it together he’s a useful tool in this grade.

His second last time to a runaway winner at Taunton was a good effort and he’s clearly capable of winning off this mark.

This doesn’t look much stronger and he should take a power of beating.

Molineauxhas dropped to a very good mark and has to be feared at a track that saw his last victory, but he needs to show more before he can be selected.

Flying Tigeris also well-treated and has claims if staging a revival.

HORSE FORCE ONEcan’t have been expected to win at Exeter last time, having returned from such a long absence, but he nevertheless ran a big race in third.

He was beaten by Tolworth fancyHang In Thereand in the circumstances ran a big race to finish where he did.

Expect him to strip fitter now and he looks nicely treated on some of his earlier form.

The main danger to the selection could well beMaypole Class,last seen winning decisively at Lingfield.

He was an emphatic winner of that weaker contest and has strong claims now raised in grade.

Rootless Treewas a good winner in novice company when seemingly unfancied at Leicester last month and can go well for his team, though a mark of 123 looks on the high side.

The feature race of the day should go to old boyVALDEZ.

Alan King’s 13-year-old bounced back to his best with a fine performance at Hereford last time and if in the same form again, will take plenty of beating.

He was much better than this in his youth and may just have too much gas for his younger rivals, of whomGala Ballis probably the biggest danger.

He beat Valdez last March at Newbury but his reappearance at the same track was thoroughly disappointing and it would take a leap of faith to follow him again.

As De Meeran very well for a long way in the Becher Chase before tiring late on and this drop in track should suit.

Bryan Carver has made a big impression of late but he’ll need to cajole his mount into contention at just the right time if he wants to land another victory here.

This could go the way ofARRIVEDERCI,who produced a nice run in second behind the Tolworth favourite at Sandown last time.

He’s no star but he could be good enough to land this weak maide hurdle for the O’Neill team, who are enjoying a much better season this campaign.

Manvers Househas put together a couple of decent runs in handicap company and understandably found Cheltenham a bit too hot last time out, whileArkynandFil D’Arianealso have claims after their seconds in November.

Grand Slamis an interesting newcomer for Team Ditcheat, but may just find this is a little tough on debut.