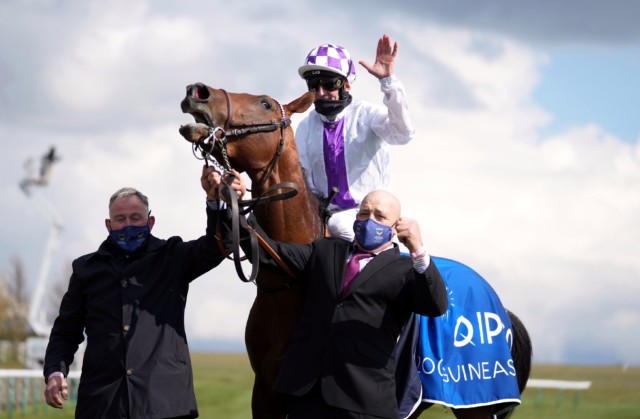 IT was a mammoth weekend of action on the track as the Flat season hit its stride.

The first Classics are out the way as Irish-trained horses took back both Guineas. But who ended the week with a smile on their face and who will be cursing their luck this Bank Holiday Monday?

An easy one to start. The young O’Brien had a torrid weekend at Newmarket and to make matters worse now has to quarantine when landing back in Ireland.

His 2000 Guineas hope was backed into 11-2 but only managed plum last, beaten a total of 23 lengths.

That was obviously too bad to be true. But given the vet failed to find anything wrong with the horse and that the colt has previous form on the infamous undulating track, excuses are hard to come by.

He was beaten by the halfway point and it’s now back to the drawing board. A Group 1 winner at two, O’Brien will be hopeful he can prove he’s no one-trick pony.

When you think of Newmarket, two of the first names that are likely to pop up in your head are John Gosden and Sir Michael Stoute.

And for the pair to only have eight runners between them – with the John and Thady Gosden running six – is a scratch your head statistic.

Stoute only sent out Queen Power to finish second in the Dahlia Stakes and Inigo Jones in the Newmarket Stakes.

The Gosden stable only had one runner in the Classics. That was Star Of Emaraaty, a 66-1 shot in the 1000 Guineas in which stable jockey Frankie Dettori rode the winner Mother Earth for Aidan O’Brien.

Both their seasons won’t be remembered for a quiet Guineas weekend.

But for Gosden it does highlight the lack of juveniles he had last season. His Derby and Oaks hand will surely be stronger.

Stoute made a rapid start to the season and his horses are still finding their way into the winners’ enclosure. He will be desperate for a star to emerge, though.

The money came in droves for Battleground late in the day. Available at double figures much of the day, he eventually was sent off the 9-2 favourite.

But that was where the positives ended. He was out the back and never in the frame, eventually only beating one home and 20 lengths behind the winner.

Wembley fared little bitter in 13th and had little in the way of excuses.

The much lesser-fancied Van Gogh ended up flying the flag in eighth.

Connections have often spoken about their disrupted campaign last year. That is continuing to play out and after his juveniles spent much of last year taking it in turns to beat one another, his colts are starting to shape into a ordinary bunch by his high standards.

There will be a lot of eyes on High Definition when he takes his chance in Saturday’s Lingfield Derby Trial.

Shoemark only took one ride at Newmarket all weekend, opting to ride at Goodwood on Saturday.

But he looks to have a good one to look forward to for the rest of the year in the William Jarvis-trained Lady Bowthorpe.

The six-year-old was a tidy winner of the Dahlia Stakes, and given how the race panned out with little-to-no pace on, she can be marked up plenty.

Now a Group 2 winner, connections can aim for races like the Sun Chariot Stakes after taking in the likes of Royal Ascot and York en route.

All the while Shoemark continues to build relationships after a tough few years and is coming across more and more horses of a higher standard. A well deserved change. 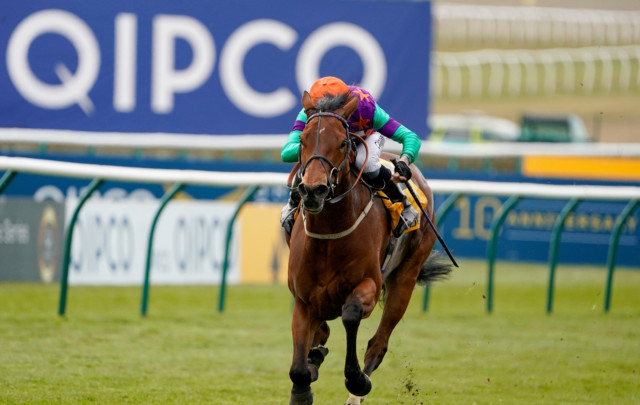 To label Bolger a wheeler-dealer would be a huge disservice. But he more than knows the time of day.

His 2000 Guineas win with Poetic Flare is obviously fantastic for all the usual reasons.

But in the colours of his wife, Bolger will ensure he gets maximum value out of this horse in the long-haul.

The dad is his Guineas second and Derby winner Dawn Approach. That horse he sold to Godolphin and ensured he kept a breeding right. You begin to see the picture.

Not initially a hit with breeders, Dawn Approach is now back at Bolger’s farm and now has Poetic Flare on his roll of honour.

Poetic Flare already has a big tick next to his name before he does eventually go off to stud. Whatever happens next, Bolger is already onto a winner on and off the track. 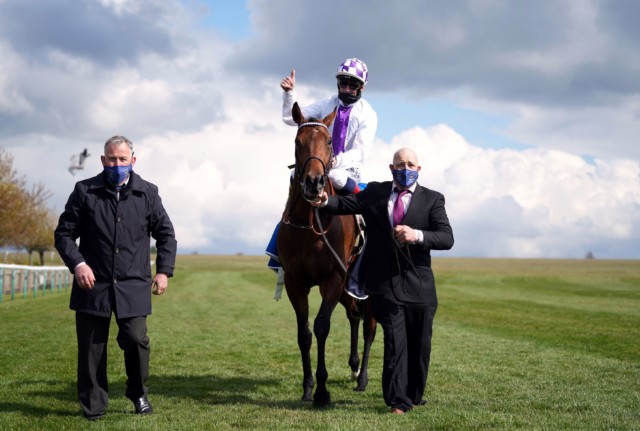 Jane Chapple-Hyam has never been shy of talking up one of her own and they usually deliver when she does.

Saffron Beach might have been beaten into second in the 1000 but she emerged with more than the usual credit a runner-up might warrant.

Ten furlongs will be her minimum next time and she got better and better as this race went on. She has a big race in her when the cards fall right and has already been brilliantly handled.

She comfortably turned around the form with Sacred from the Nell Gwyn where she was far from fully wound up. Keep tabs on her for the rest of the season.

Fev Rover will also appreciate a step up in trip but might need the rain to come as she’s a big old girl now.