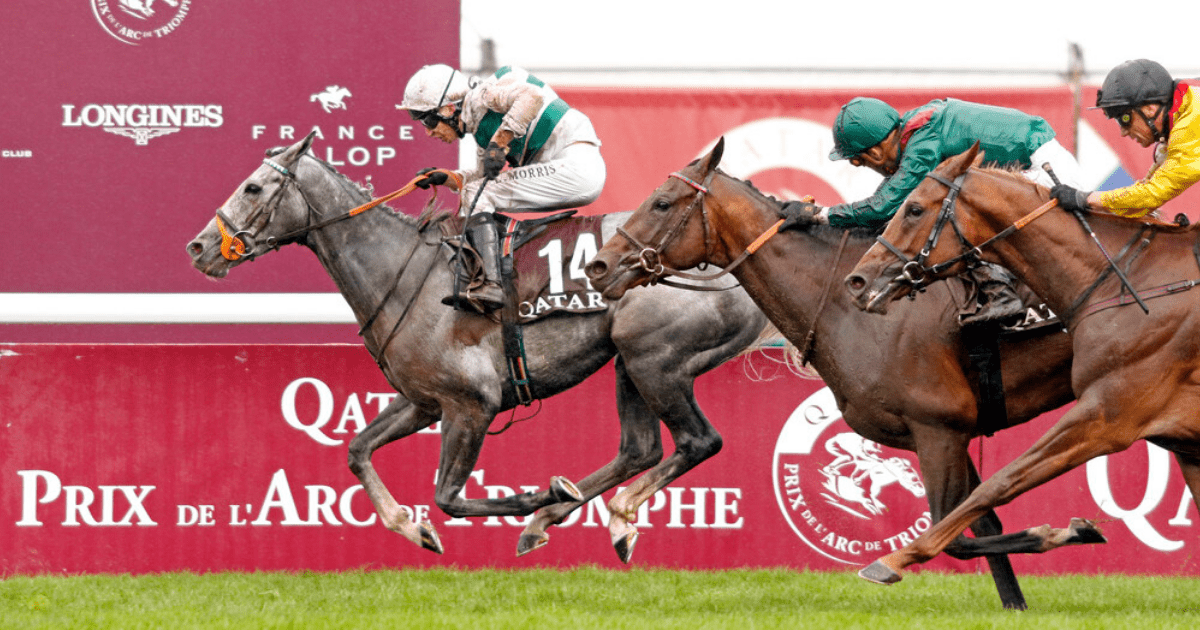 SHE came, she saw, she conquered.

It is the crowning moment in a legendary career for Britain’s longest-serving trainer and a dream come true for jockey Luke Morris.

He cut his teeth on the all-weather as a young rider – and even took a full book of rides at Wolverhampton on the eve of the Arc – but he is now the winner of the world’s biggest Flat race.

Alpinista has been a galloping cash register over the last couple of years and had won five Group 1s on the spin coming into the race.

The ground was softer than ideal and Prescott was wearing an anxious expression as the heavens opened in the minutes before the race.

But he needn’t have worried as his wonder mare cruised around Longchamp in second gear and had enough up her sleeve to fend off the late challenge of Vadeni, with last year’s hero Torquator Tasso a close third under Frankie Dettori.

You don’t earn a nickname like ‘the sniper’ for nothing, and Morris showed all the poise of a veteran sharpshooter in the heat of battle aboard the well-backed 7-2 favourite.

He isn’t a regular on the big stage, but he showed great nerve in the home straight to bide his time and deliver his challenge at the perfect moment.

Prescott, one of racing’s greatest characters who is said to smoke 10 cigars a day, watched on nervously from the parade ring but was soon wearing a grin as wide as the River Seine as she passed the post in front.

He is not a man moved to emotion very easily, but he was choked up after watching his stable star cling on by half a length. No doubt a well-earned, celebratory cigar will be being puffed as we speak.

Prescott said: “I’m very lucky to get a good one like her at this stage in my career.

What a family, I have trained three generations of them. This is a great day.

“I was saying wait, wait, wait as he came into the straight, and he did. He gave her a lovely ride.

“The emotion caught me out. What a marvellous day.”

No sooner had she crossed the line than the pouring rain stopped, the clouds parted and the sun shone down on Morris and Alpinista, as if reflecting the mood of all British racing fans.

Morris grinned: “Things went perfectly to plan. They went a good gallop up front and it was very smooth.

“I was concerned after all that rain whether she would be quite so effective but she is so good and so tough.

“I had a lovely trip into the race and I couldn’t believe how well she was going coming into the straight. I had to take a pull two furlongs out and she had enough in hand at the end.

“It is the pinnacle of my career and it is a special day. I don’t get emotional very often but I was holding back the tears.

“I joined Sir Mark when I was only 22 and I had only just ridden out my claims. He is an unbelievable trainer and person and I am so lucky to ride for him.”