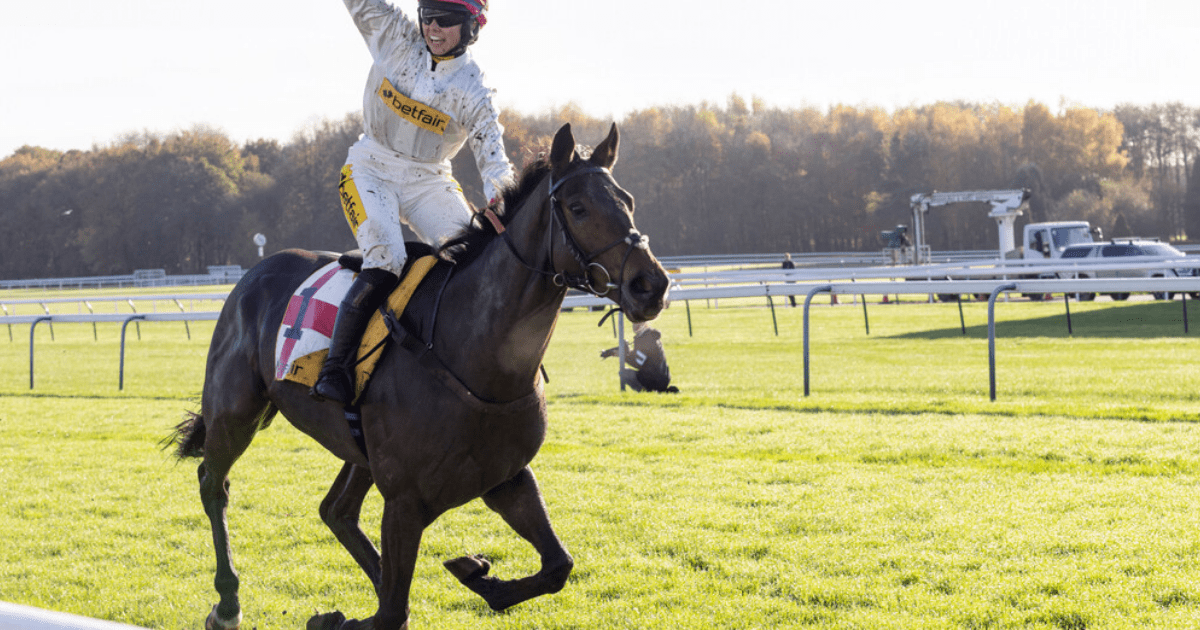 GLENN HODDLE is hoping that England can replicate today’s success from Haydock Racecourse by going all the way in Qatar.

Six horses took part in the Betfair Race which represented the top sides competing at the World Cup 2022.

Bryony Frost led England to glory at Haydock on Saturday

And the Three Lions could be set for glory in the Middle East after England, which was ridden by Bryony Frost, stormed to victory in the five-furlong dash Betfair Race to the World Cup Stakes.

The horses lined up with Brazil and Argentina strongly-fancied to triumph, but in the end it was Frost that steered England home to leave her rivals in her wake.

She started slowly in the opening stages as Argentina and Germany took an early lead.

Frost put the home favourite in a position to strike in the closing stages, but France appeared to be finishing the strongest, only for England to dig deep and come home first.

The victory was greeted with cheers from the Haydock crowd and former England manager and Betfair ambassador Glenn Hoddle was on hand in the winners’ enclosure for the trophy celebrations.

Now he is hoping Gareth Southgate’s side can repeat the performance in Qatar.

“The French were coming first and we just pipped them. So what’s lovely is it sets it up nicely for Qatar and now the boys have got to go out there and win it for the country. That would be a great double!

“When you’re in a World Cup tournament, you need to take every positive you can get.

“The boys will be trying for their country as Bryony Frost was for England today.”

Betfair ambassador Frost added: “England gave us all a boost last year when we were piling into the pubs to cheer them on in the Euros, so hopefully we can go even further this year.

“I hope football comes home, so I’ll be cheering on the lads.

“We all really enjoyed the race, the vibe coming out with all the jockeys was awesome and the crowd absolutely loved it too.”