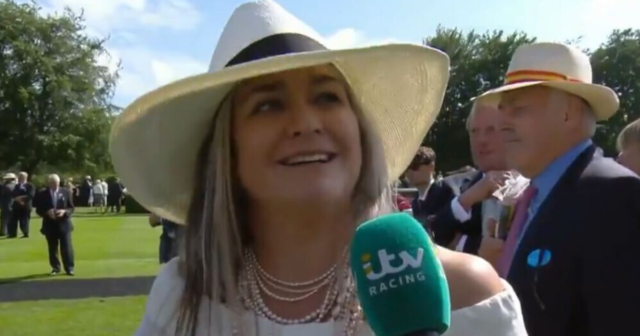 Racing fanatic Banks was at the Sussex track to finally see her star mare Lady Bowthorpe come good in a Group 1 contest.

Banks was laughing all the way to the bank after her incredible Goodwood win
Banks is responsible for some of the world’s biggest pop stars, including Muse

Victory in the Qatar Nassau Stakes landed Banks, who looks after the likes of Katy Perry, Muse and Florence and the Machine, a whopping £340,260.

And it was the moment of ultimate redemption for jockey Kieran Shoemark, who was previously banned for taking cocaine.

There were tears for much-liked Jarvis too, as the most popular winner of the week sent Goodwood into mass celebration.

Wearing a massive smile, Banks said the whole thing was even better than headlining the biggest music festival in the world.

If anyone would know it is Banks, a top agent at Creative Artists Agency, who also works with Green Day, Arcade Fire, Kylie Minogue and the Red Hot Chili Peppers.

Banks, who was interviewed live on ITV, said: “I don’t believe it.

“I said years ago if I ever got a horse that won a Group race I’d get a tattoo.

‘I’LL HAVE TO GET A REALLY BIG TATTOO’

“I’ll see how many we can get and it’ll be a really big tattoo.”

Lady Bowthorpe scooped top honours at odds of 100-30 in the 1m2f contest by a length-and-a-half from 7-1 Zeyaadah.

As Covid put a stop to all live events last year, Banks got more hands-on as a trainer.

Turns out dealing with the world’s biggest music stars is a lot like owning a top racehorse.

She said: “Racing has been a great escape for me. Even when I haven’t been able to go and watch my horses I’ve been watching on TV and it gives me so much pleasure.

“There are definitely some similarities between racing and the music industry.

“I like to get involved and we share ideas with one and other, but William is honest and will tell me if what I’m saying is rubbish!

“Racing is a very real business. Like the music world, to the public looking in from the outside it appears very glamorous.

“But behind the scenes it is much grubbier, it’s hard graft.

“Horses are mean, sleek racing machines when they get to the track, but a lot of the time they’re covered in mud or they’ve rolled in their own s***e!

“When you have to get up at 5 o’clock every morning looking after their every need you have to be very real and very devoted. I admire that.”

Jarvis and Shoemark deserve bounds of credit for their brilliant work in getting the horse ready too after some near misses.

And the trainer said of jockey Shoemark: “I’m really pleased for Kieran. He’s a delightful young man with impeccable manners.

That's going to be some impressive ink based on that performance 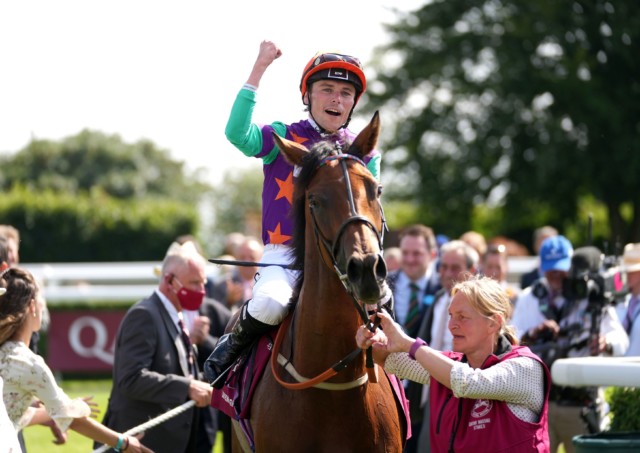 “He went to a bad place but he has come out the other end and he’s great, he’s a lovely guy to work with.

“It’s wonderful. It means a lot to the whole family.”

To Banks too, who swapped No1 in the charts for No1 on the racecourse.