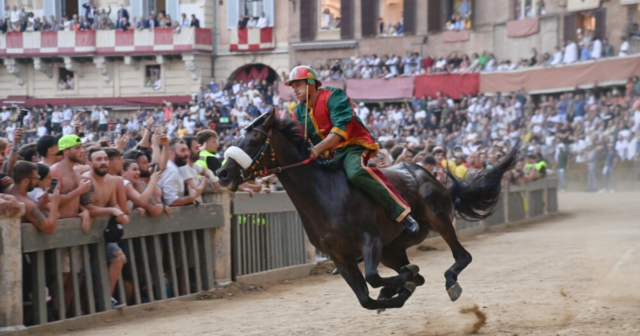 IF you think normal horse racing is thrills, spills and organised chaos, then get ready to turn it up to 11.

Because nothing compares to the Palio di Siena, the ‘world’s most insane horse race’ that even featured in James Bond. 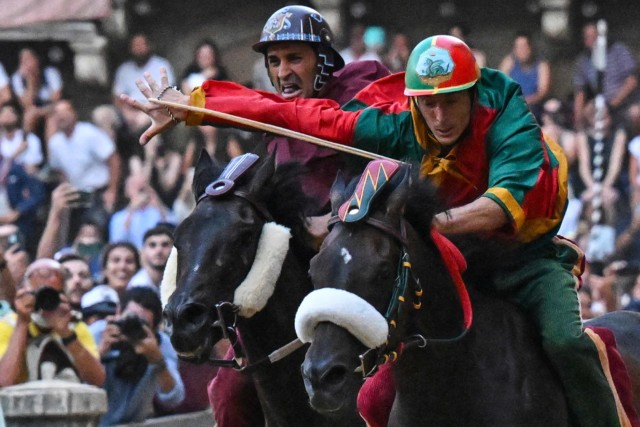 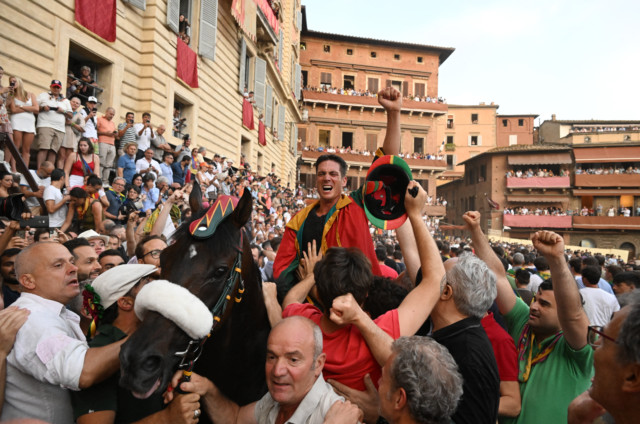 Here, on the sun-baked streets of Tuscany, jockeys and horses go full throttle down roads with spectators just yards away.

The cavernous setting is surrounded by buildings with people clambering over each other just for a look, reminiscent of the Colosseum itself.

Well, we are in Italy after all.

The astonishing spectacle is so extreme that the horses are blessed by a local priest before the race.

And this year, top US politician Nancy Pelosi made an appearance.

Bond fans might remember the race from 2008 hit Quantum of Solace, when Daniel Craig raced over rooftops as the horses thundered past below.

Like 007, the jockeys probably wish they had an eject button as incredible photos show the danger they put themselves in hurtling round the oval track aboard these 500kg speedsters.

Forget irons and paramedics trailing behind them in 4x4s like you see in this country.

Photos from this year’s renewal, held last Saturday, showed one jockey in a crumpled heap on the floor.

Doctors rushed to his side and eventually carried him off on a stretcher, with one tending to his head.

Falls, broken bones and damaged egos are all part of the Palio di Siena.

The race lasts about 90 seconds in all and combatants do three laps of the track – a medieval square covered in a thick layer of earth.

And you can forget stewards’ enquiries and betting – this race is all about just getting through it and winning honour for your region of the city.

Mind you, reports have claimed the jockeys involved bribe themselves out in the open before the race.

Anything goes here and, in fact, the only rule is that ‘a rider may not interfere with the reins of another horse’.

Racing bodies in Blighty agonise over whether to call it a whip or a ProCush, but in this race the jockeys are allowed to whip each other with crops made from bull’s penises.

The loser is whoever comes second, not last.

This year’s winner was the Contrada del Drago region, with jockey Giovanni Atzeni – known as ‘Tittia’ – victorious aboard his horse Zio Frac.

He will be back to defend his title when the race is run again next month… if he’s brave enough. 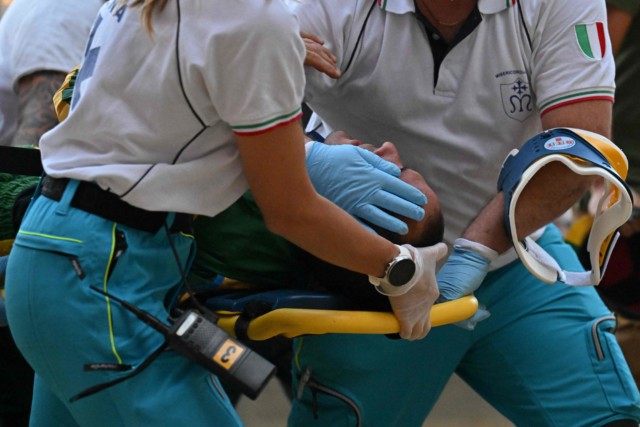 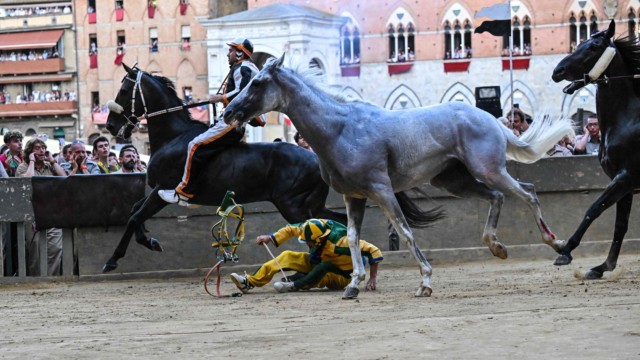 The race could easily be described as organised chaos 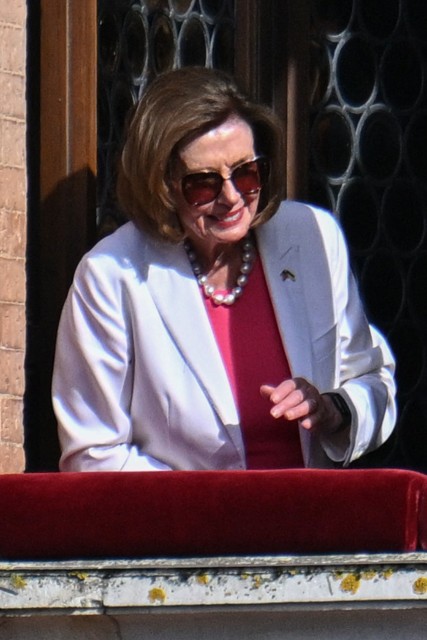 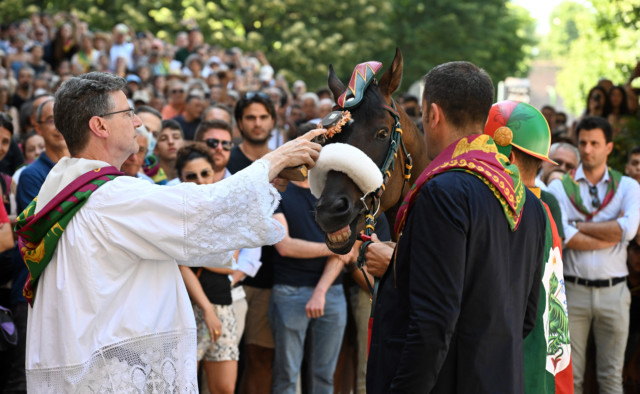 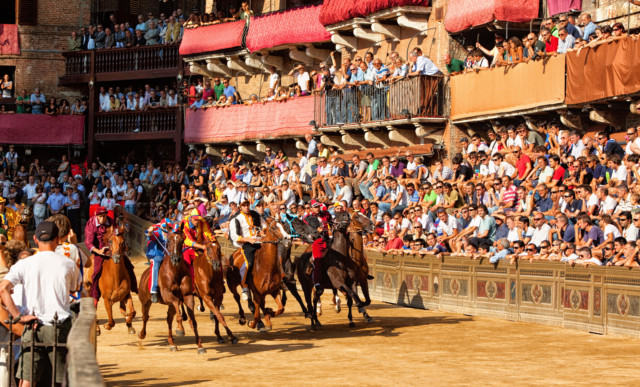 The race is a simply incredible spectacle