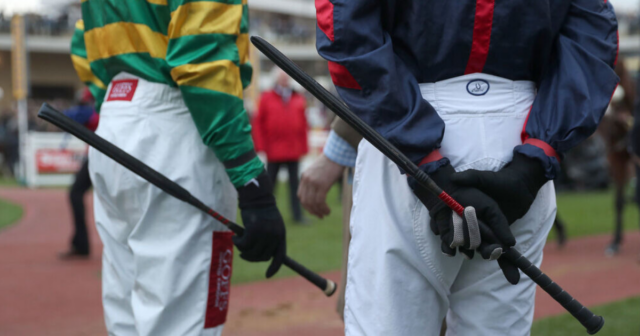 DEATH, taxes, drama around the whip in horse racing. The only certainties in life.

This week saw racing chiefs announce the biggest overhaul of the whip rules in a decade.

From the autumn, if a jockey goes four strikes over the limit (so, 11 on the Flat or 12 over jumps) their horse will be disqualified.

And riders will only be allowed to use the whip in the “backhand” position.

If you have backed a horse that is first past the post but is later DQ’d because a jockey went doolally with the whip, it’s expected that you will lose out.

The BHA have been non-committal over calls to spare punters from the same fate as jockeys, owners and trainers, seemingly adopting Boris Johnson’s line: “Them’s the breaks.”

The bookies in their defence are pushing for bettors to be protected – we’ll wait and see what happens on that front.

But racing’s leaders are pretty much in agreement that the whip is not a welfare issue. I think they made a mistake in the first place when bringing in the numerical strikes limit back in 2011.

If you think the whip in horse racing is cruel, think again.

You’ll find more dangerous implements in bedrooms up and down the country. Just ask our man Matt Chapman!

The modern ProCush whip is mostly made of foam – Hulk Hogan would have a job on his hands hurting a horse with one.

And the BHA admitted in their 98-page whip report that a significant proportion of the public changed their mind about the whip when its make-up and purpose was explained to them.

Maybe the £2 million that’s been spent on a puzzling marketing campaign fronted by Jermaine Jenas could have been better used educating people about the whip… but I digress.

I’ve had time to let the changes sink in and I don’t think they’re anywhere near as controversial as they could have been. They’re arguably a little on the lenient side.

It’s no surprise, though, that legendary trainer Sir Mark Prescott was ahead of the curve on the issue.

A brilliant TV interview from 2018, where he called for horses to be disqualified if a jockey broke the whip rules, resurfaced this week.

Top interviewer Lydia Hislop asked whether it would be right to throw out a horse if, in the heat of battle, a jockey lost count of the number of times they’d used the whip.

Prescott grinned: “Well, I wouldn’t employ a jockey who can’t count to seven.

“And I must say, jockeys never seem to have a problem with maths when they present me with a bill.”

It was absolutely vital that we kept hold of the whip for encouragement, so thank the Lord that the “minority” on the whip steering group that wanted it outlawed were overruled.

Some horses are simply incapable of putting their best foot forward without the assistance of the whip.

Watch a day’s racing and you’ll see plenty of horses hit the front or move into contention and immediately put their cue in the rack, thinking to themselves: “My work here is done.”

The flight response that you get from a racehorse after using the whip has been bred into them for centuries.

It is the signal that it is time to go, so if you were to remove the whip you would start getting all sorts of bizarre results.

Just look at the bland racing in parts of Scandinavia, where the whip is banned and the horse that usually wins is the one with the greatest attention span.

The ‘backhand only’ rule will no doubt have annoyed some jockeys, given they have been using it in the forehand position for their entire careers.

It has been introduced to try and cut down the likelihood of jockeys being found to have used excessive force, and I have no issue with it.

That rule was in place at last year’s Breeders’ Cup, and it didn’t take anything away from the excitement or competitiveness of the occasion.

Hopefully it will be as seamless a transition when the new rules come into effect later this year.

I CAN’T for the life of me believe the cheek of racecourse chiefs.

They hit out at trainers for boycotting the last race at Newbury today, saying it “reflects poorly” on the sport.

Hmm. What about the fact that a Group 1, premier track is putting on a race worth just £3,500 to the winner on a big Saturday card?

Or the fact that field sizes remain pitifully small on the whole, with racecourses against reducing the fixture list because it’ll cost them in media rights money?

Or how about crowd sizes, which are still on the low side, chiefly because tracks are charging a ridiculous amount of money on the door for people to get in?

And once they are through the turnstiles, the vast majority of racecourses don’t accept cash, which has alienated large numbers of older people?

I would argue all of that reflects badly on the sport – not trainers taking a stand.

Advertisement. Scroll to continue reading.
In this article:inhorseracing, thewhip, thisweek