Your summer betting plan – EVERY big race, EVERY big horse and every big bet to beat the bookies this Flat season
Advertisement 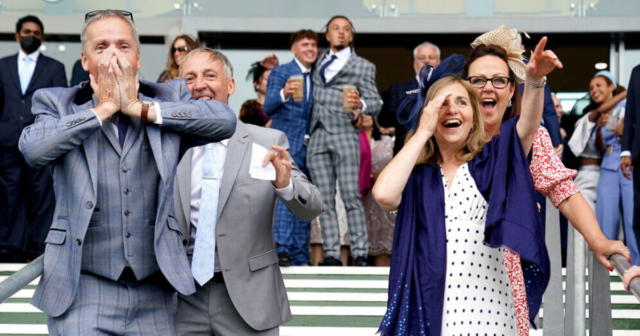 IT’S fast, it’s Flat and it’s really back with a bang this weekend.

The fastest horses over the shortest trips (with a few stayers thrown in for good measure) promise to make this summer racing season one of the best.

But with a load of horses racing regularly and quick turnarounds always possible, how do you know who to back?

Not to mention the added puzzle of foreign raiders coming over to try to gobble up British racing’s best prizes.

Yes, whereas at Cheltenham Festival it’s the Irish who dominate, on the Flat runners from the world over can spring a surprise or two.

Here, Sun Racing looks at the key races this summer and picks out a horse to keep a careful eye on now in the run up to the race.

The first couple of big ones are this weekend in the form of the 2000 and 1000 Guineas.

After that it really gets going with the likes of the Epsom Derby, Royal Ascot and Glorious Goodwood. We’ll keep this guide updated with more and more horses as the entries come out.

Charlie Appleby’s Godolphin superstar has swept all before him and looks like doing so again.

Yes he is short at around evens but many would argue he should be shorter still.

And if you’re looking for a ‘banker’ to pop in a summer-long acca then he would be a good first pick.

This race for fillies has opened up since long-time favourite Inspiral was ruled out through injury.

In a pretty open race she could be worth siding with, especially after a decent comeback win again at Newmarket earlier this month.

He is six now but if he runs Charlie Hill’s dependable gelding is worth a look.

He was pumped by Battaash at York in August 2019 but everyone was really.

On his previous run at York in May of that year he was a winner of the Listed British Stallion Studs EBF Westow Stakes.

If he can get back to that sort of form then he could sneak in at what might be a decent price.

The question is not so much will he win, but rather will anyone beat him all season?

William Haggas’ superstar looks a banker wherever he goes and this prestigious Group 1 can go to him.

What? Prince Of Wales’s Stakes

John Gosden’s top-class five-year-old is back for another campaign and this £1 million race is one of his big targets.

He was a hugely impressive winner of the Juddmonte International at York last summer – earning a jaw-dropping rating of 127.

Things didn’t go to plan on his next two starts but he had excuses and his brilliant trainer will have him ready to peak at the Royal meeting.

The legendary stayer is back for one final campaign before he heads off into retirement at stud.

He has won the Gold Cup three times during a glittering career and he is looking to emulate the great Yeats by bagging a fourth.

He is having just three starts this summer – at York in May, Ascot in June and Goodwood in July. Catch him while you can.

The Aussies have a great record when coming up to Ascot to take on our big sprint races – think Black Caviar, Miss Andretti and Choisir.

And one of the best sprinters of his generation in Nature Strip is set to fly the flag for those Down Under in the Platinum Jubilee Stakes.

He has been a winning machine in Australia for his all-conquering trainer Chris Waller and our sprinters will probably struggle to cope with his raw speed.