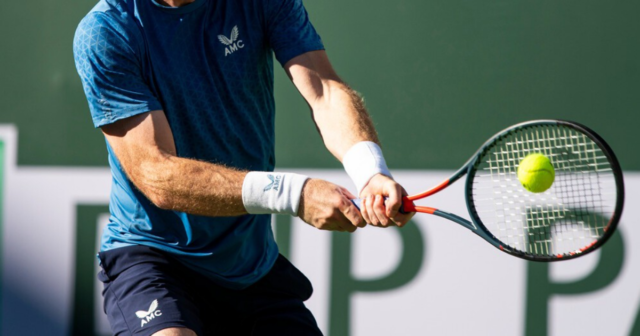 ANDY MURRAY will tonight face the most controversial player on the ATP Tour.

The Scot will test his powers of recovery and fitness when he takes on the Alexander Zverev in the last 32 of the BNP Paribas Open at Indian Wells.

Andy Murray takes on Alexander Zverev in the last 32 of the Masters 1000 at Indian WellsThe German is being investigated after allegations by his ex-girlfriend of domestic abuse, which he denies

But there will be little love lost between the pair when they step on to court.

Murray leads the head-to-head 2-0, including a gritty win at the Cincinnati Masters 1000 – played in New York – last year.

Zverev is desperate to get the win in the Californian desert tonight and complete the ‘Big Four’ scalps with wins against Rafael Nadal, Roger Federer and Novak Djokovic already under his belt.

“He’s the only one out of the big four I haven’t beaten yet.

“I hope I can change that after tomorrow.”

The ATP says it ‘fully condemns any form of violence or abuse’ and they ‘will investigate such allegations related to conduct at an ATP member tournament’.

Speaking during the San Diego Open, Murray said: “I don’t think it’s been great for the Tour.

“I don’t think it’s been great for Zverev, because you know, unless it gets addressed head-on, it’s just going to be lingering, and, like you say, the questions will continue to be getting asked.

“I spoke about it at Wimbledon, and now here, what is it, three months later, and I’m still getting asked about it.

“Obviously, it’s not been properly addressed, and until that happens, then players are going to continue to get asked about it.”

Zverev himself has welcomed the internal probe as a chance to prove his innocence, saying: “Bloody finally, to be honest. I’ve been asking them myself for months now.

“I’ve been asking them to do that since London last year, because it’s very hard for me, as you guys know, to clear my name, and only with something like this I can completely.

“Because I have been in court in Germany, which I won the case against the author and the publications which the author is ignoring right now – which I think will have a lot of consequences for him.

“But I asked myself for a very long time for this to happen. I know the media has turned and twisting it as if it is a bad thing for me.

“I am actually quite happy about it. Because after hopefully this is done, this subject will be done.

“Because other than that it’s been around for a year, and there’s not much more I can do to clear my name and I hope this will finally do it.”