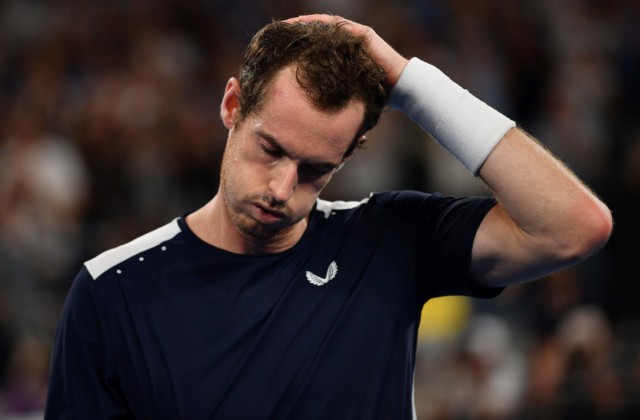 ANDY MURRAY has pulled out of the Miami Open with a sore groin in a further setback for his singles comeback plans.

The former world No 1 will not take part in the prestigious Masters 1000 event this week following a minor injury.

The 33-year-old flew to Florida only a few weeks after his wife Kim gave birth to their fourth child.

Yet on the eve of his first appearance in an event of this magnitude since his French Open exit last autumn, Muzza has had to withdraw unexpectedly.

The two-time Wimbledon champion was scheduled to face South Africa Lloyd Harris in the first round this week.

Murray told the Miami Herald:  “I had no issues while training, felt fine, did some gym work Friday, no problem, and then I woke up about 3 in the morning, felt pain in the groin, not on the side I had my surgery, and when I got out of bed I struggled quite a bit to walk.

“I’ve no idea what I did. It’s one of those freak things.

“Each day it has gotten progressively better, but it’s not enough. I have not practiced since Friday. I’m really gutted.

The winner would play Spaniard Roberto Bautista Agut in the second round and this would inevitably bring back memories of his ‘retirement’ clash at the 2019 Australian Open.

Murray had career-saving hip surgery after that match against Agut – he had a metal hip implant – and his return to pro tennis has been a stop-start journey ever since.

The Scot is hoping to play at Wimbledon this summer – he has not played there in singles combat since 2017 – but this is a major blow to his prospects.

It is not known if he will play much in Europe during the clay-court season and he might instead target the grass-court section of the calendar in June.

Reflecting on his Miami misery, Murray added: “This is a place I have done so much training over the years.

“It’s like my second home. Last time I played here was 2016 and so much has happened.

“In 2017 I had an elbow issues, last few years various issues with my hip.

“Last year, the day before I was supposed to travel here COVID stopped the tennis tour. Miami’s been a place that has given me a lot, but this just wasn’t meant to be.”

Did you miss our previous article…
https://www.sportingexcitement.com/tennis/stunning-serbian-model-reveals-she-was-offered-50k-to-blackmail-novak-djokovic-in-sex-extortion-plot-over-tape-leak