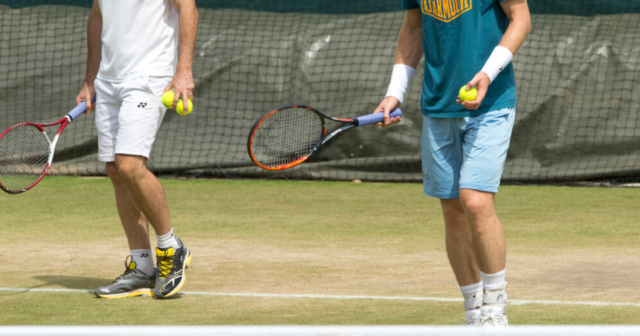 ANDY MURRAY has shaken up his coaching set-up and said goodbye to his long-standing coach and pal.

Former GB Davis Cup player Jamie Delgado worked with Murray from March 2016 as an assistant and then took over the reins properly when Ivan Lendl left after a second spell in charge.

Together the Brits enjoyed a successful period which included a second Wimbledon crown and a second Olympic gold medal.

But now Brummie Delgado, 41, will hook up with Canadian world No14 Denis Shapovalov, who knocked Murray out of Wimbledon in the third round this summer.

Murray, 34, heads to Abu Dhabi on Sunday and will play 2020 US Open champion Dominic Thiem in the first round of the Mubadala World Tennis Championship on Thursday.

It is a glitzy exhibition tournament involving Rafa Nadal, Russian Andrey Rublev, Norwegian Casper Ruud and Shapovalov – which, of course, would now be an interesting match-up between the two players’ boxes.

The Scot, who has fallen to 134 in the world rankings, will be joined by Jan De Witt on a trial basis following a few days together at the National Tennis Centre in London.

The plan is to get someone in place before he flies to Melbourne for the 2022 Australian Open.

That tournament starts on January 17, but will not feature Serena Williams after she pulled out.

US Open champion Emma Raducanu is already practising in the UAE.

The 19-year-old Brit has just added to a brilliant 2021 by becoming the face of drinking water giants Evian.

Advertisement. Scroll to continue reading.
Raducanu has signed a deal with Evian

Did you miss our previous article…
https://www.sportingexcitement.com/tennis/golf-beauty-paige-spiranac-excited-for-special-tiger-woods-comeback-as-legend-announces-return-after-horror-car-crash-2