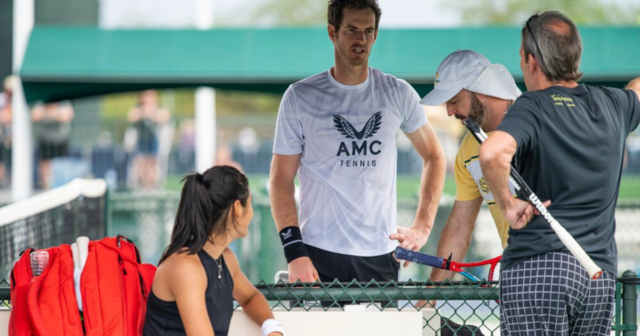 ANDY MURRAY has revealed he wants to coach Emma Raducanu after he retires from playing tennis.

The British star is competing in an ATP 250 event in Newport, Rhode Island this week, but has one eye on the future.

Andy Murray would like to work with Emma Raducanu

Murray, 35, has been playing in Newport, Rhode Island this week 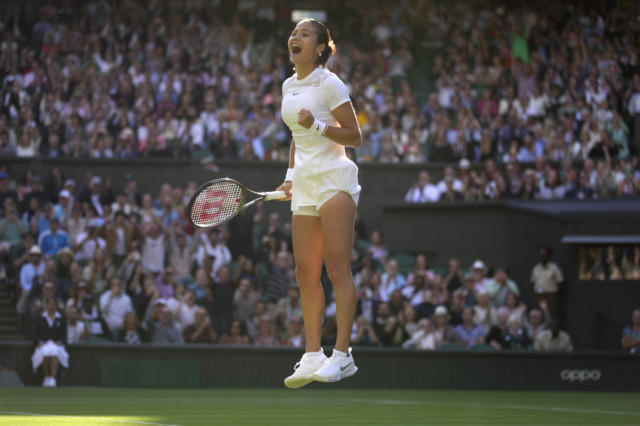 Raducanu, 19, reached round two of Wimbledon

Murray, 35, will climb back into the world’s top 50 next week after wins over Sam Querrey and Max Purcell – but he accepts that he has entered the twilight of his career.

He said: “You never know how close you are to the end but I’m aware I’m getting towards the end of my career.

“So I want to make the most of every match in every tournament I get to play.”

Asked about a possible move into coaching, Murray revealed the four players he would love to work with after he hangs up his racquet.

He said: “Female player would be Emma [Raducanu] and male players would be between [Carlos] Alcaraz, [Stefanos] Tsitsipas and Jack Draper.

“They work hard, they seem like they love the sport. Alcaraz and Tsitsipas haven’t won a slam yet. They’re obviously still very young and I think they have the potential to do it.”

Raducanu, 19, won the US Open last September under the guidance of Andrew Richardson.

She swiftly split with the Brit, however, and has since hired and fired Torben Beltz.

Murray has been supportive of Raducanu throughout, even amid criticism from the likes of John McEnroe regarding her coaching choices.

Prior to respective injury scares, it was suggested that the duo could team up for Wimbledon’s mixed doubles event.

Both decided just to play singles, going on to crash out in the second round to John Isner and Caroline Garcia respectively on the same day.

Murray previously endured a fractious row with Tsitsipas after an epic five-set defeat to the Greek at the US Open last year.

The 23-year-old went on to win 6-4 in the fifth after taking two toilet breaks tallying seven and eight minutes respectively.

Murray was furious at the disruption, accusing Tsitsipas of “cheating” – with the incident later prompting a rule change.

The Scot got his own back by beating the world No4 in Stuttgart earlier this summer, but he clearly still respects his game.

Tsitsipas came closest to winning a Grand Slam at the French Open in 2021, surrendering a two sets to love lead against Novak Djokovic in the final.

Alcaraz is widely regarded as men’s tennis’ hottest property, with the 19-year-old having sparkled on his way to winning two Masters 1000 titles this year.

The Spaniard is yet to go beyond the quarter-finals of a Grand Slam, however, having lost to Alexander Zverev in the last eight of the French Open before being defeated by Jannik Sinner in round four at Wimbledon.

Murray’s final choice was promising Brit Jack Draper, who impressed at the All England Club.

The former junior Wimbledon finalist, 20, defeated Zizou Bergs in straight sets in round one before taking a set off 19th seed Alex De Minaur in the second round. 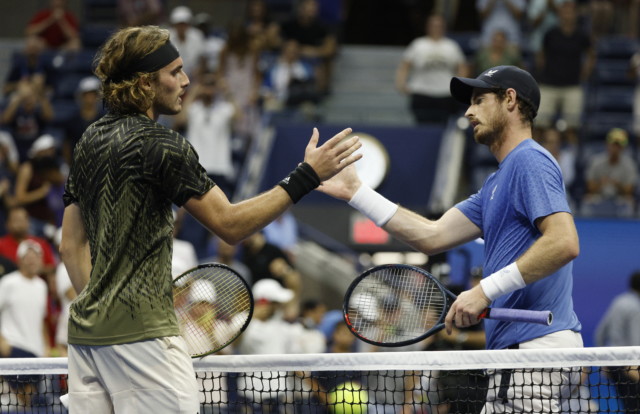 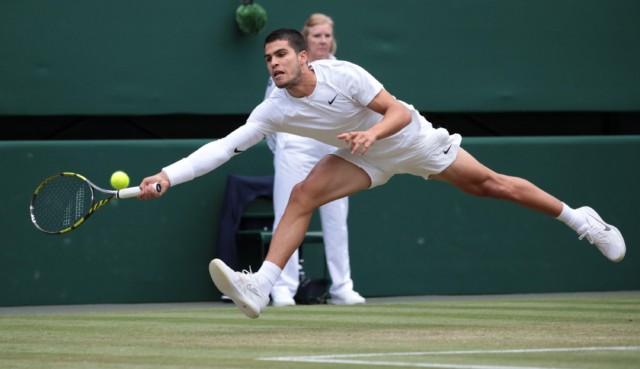 Carlos Alcaraz has been revelation this year 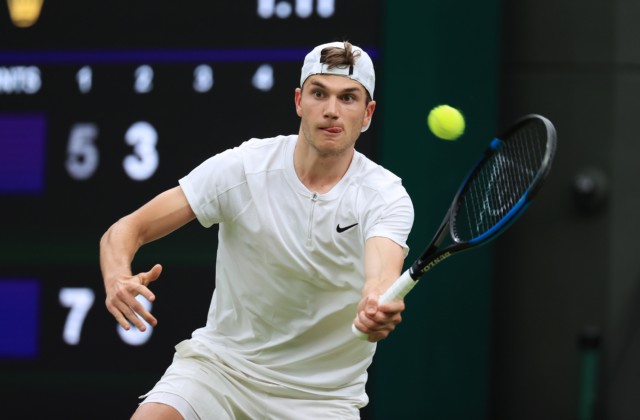