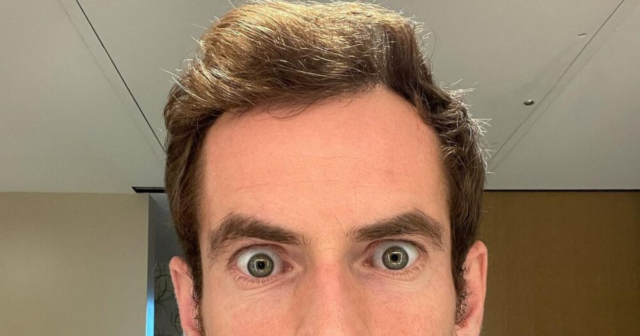 ANDY MURRAY went from sporting hero to sporting another legend’s moustache as he scarily channelled his inner Ron Burgundy.

Britain’s former world tennis No1 swapped his bushy beard for a tacky tache to declare his “love” for San Diego.

Andy Murray looked more frightening in this impersonation of Ron Burgundy than he looked in the San Diego Open, where he lasted only two roundsWill Ferrell famously played Ron Burgundy alongside Christina Applegate’s fellow newscaster character Veronica Corningstone in the comedy movie

In it, politically-incorrect newscaster Ron delivered a tribute to the Califfornian city as touching as anything tennis icons like 34-year-old Murray have delivered during their Grand Slam-winning acceptance speeches.

And Ron-form Murray replicated Ron to the word – showing he knows his movies and/or pays lip service to fashion critics.

Quoting directly from the cult film, the two-time Wimbledon king announced: “San Diego. [clears throat while looking at port], drink it in because it always goes down smooth.

“I love this city. It’s a fact, it’s the greatest city in the history of mankind.

“Discovered by the Germans in 1904, they named it San Diego, which of course in German means a ‘whale’s vagina’.”’

Sadly he failed to make many headlines in the San Diego Open, understandably crashing out to No2 seed Casper Ruud in the second round.

Maybe if he shaves it all off he can help restore some of his glory days following career-threatenign injuries.

After all, hair today, gong tomorrow…