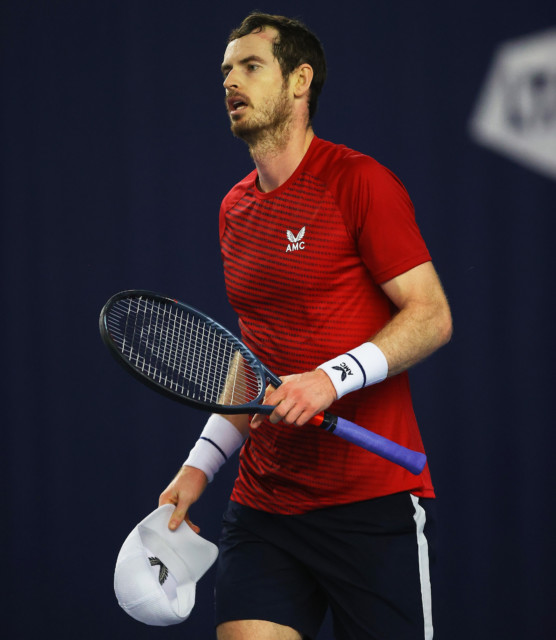 ANDY MURRAY will return to the Australian Open in the New Year after receiving a main-draw wildcard.

Muzza, a five-time finalist in Melbourne, broke down in tears in January 2019 when he announced for the first time to the world’s media the full extent of his hip injuries.

Ex-World No1 Andy Murray is set to play at the Australian Open in Melbourne next year, having once feared it was where his serious playing days had endedAndy Murray appeared to think his singles career was probably over after he exited at Melbourne in January 2019

The Scot thought his career was over but thanks to career-saving hip surgery in London he has been able to continue and remains a high-profile figure on the ATP circuit.

And from February 8 he plans to take part in the first Slam of the 2021 season.

The 33-year-old lost in five gruelling sets to Spaniard Roberto Bautista Agut almost two years ago and his appearance Down Under will be emotional for him, his family and ardent fans.

“As a five-time finalist he has been an integral part of so many amazing matches and storylines in the recent history of the Australian Open.

“His retirement was an emotional moment and seeing him come back, having undergone major surgery and built himself back up to get onto the Tour again, will be a highlight of AO 2021.

This announcement will not please hardnosed Swede Mats Wilander, a former world No.1 and seven-time Grand Slam champion, who blasted Murray in September at the French Open for taking wildcards off younger stars.

Murray had just lost to Stan Wawrinka in the first round at Roland Garros and Wilander said: “I worry about Andy Murray.

“I’d love to hear him say why he is out there, giving us a false sense of hope that he is going to come back one day.

“I keep getting a little bit disappointed, is it his right to be out there doing that? Why?

“I did it and I shouldn’t have, it was the biggest mistake I did in my career.

“I think Andy Murray needs to stop thinking of himself and start thinking about who he was.

“Does he have a right to be out there taking wildcards from the young players?

“I was 26 when I first retired, came back at 28, played until 32 and there were a couple of years I played and should not have taken up the space where there were younger, more motivated players who were better than what I was.”

The Aussie Open has been moved back by three week due to the impact of the Covid-19 pandemic.

Qualifying for the singles draw will be held in Dubai and Doha between January 10-13.