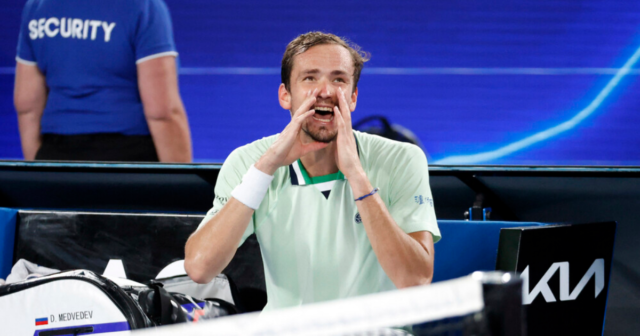 FUMING Daniil Medvedev let rip at the umpire in a spectacular rant – then channelled his anger to book his spot in the Australian Open final.

The Russian dropped his serve at 4-4 in the second serve, handing over the break to Stefanos Tsitsipas with an uncharacteristic double fault. 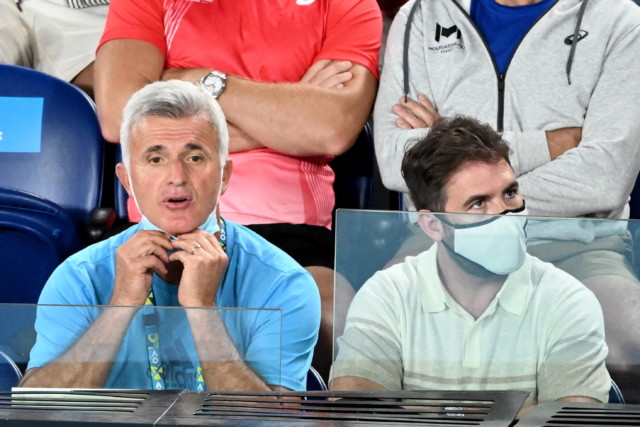 But as he got back to his chair, he angrily told chair umpire Jaume Campistol Tsitsipas’ dad Apostolos was illegally giving coaching tips to his son.

Medvedev raged: “His father can talk every point? Are you stupid?”

Campistol attempted to diffuse the situation, but Medvedev would not stop.

“How can you be so bad in a semi-final of a Grand Slam?

Campistol asked: “What do you want?”

Medvedev replied: “To give him a coaching [violation] because his father is talking every point.

“How can you guys be so stupid?”

Medvedev and Tsitsipas’ rivalry dates back four years to their heated Miami clash in 2018.

An argument led to the Greek star labelling his opponent a ‘bulls*** Russian’.

Medvedev hit back and said: “You better shut your f*** up. You go emergency toilet for five minutes and then you hit let and you don’t say sorry. You think you are a good kid? Look at me.”

Back in Melbourne, Tsitsipas – frequently accused of getting coaching from his dad – held serve after the fiery changeover to take the second set and level the match.

And as he went off court to get changed, Medvedev added to Campistol: “Do you understand Greek because he is talking in Greek?

“You should give him a time violation. If you don’t, how can I say this, you are a small cat.”

Medvedev composed himself expertly after the meltdown and returned to his focused best tennis in the third, breaking the world No4 to claim it.

And then a courtside tournament referee was listening in on Apostolos’ comments and notified the umpire to give Tsitsipas a coaching warning at 1-1 in the fourth.

And Medvedev played a faultless fourth set to wrap up a 7-6 4-6 6-4 6-1 win in two hours and 30 minutes before a frosty handshake with Tsitsipas.

Speaking after twice apologising to the umpire for his emotional outburst, the US Open champion said: “My emotions didn’t help me too much.

“Sometimes I lose matches because of this and lose concentration.

“I thought it [the meltdown] was a big mistake but I managed to concentrate.

“I lost some energy but I had to refocus – the match was quite important, I think!

“His energy was going down and mine was going up.”

Medvedev will be delighted to know Spaniard Campistol will not be in the chair for Sunday’s Oz Open final – because the No2 seed is taking on Rafael Nadal.

The 35-year-old is one win away from winning a 21st Grand Slam, which would see him surpass Roger Federer and Novak Djokovic.

Nadal beat Matteo Berrettini in the first semi-final in emphatic style and was visibly emotional at the end after a stunning comeback from six months off injured. 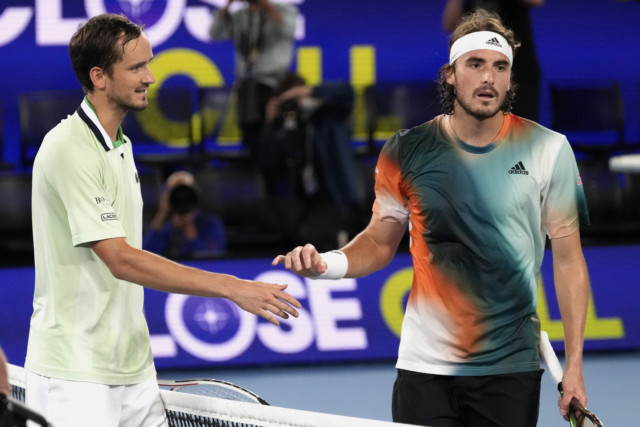 There was a frosty handshake between the pair at the net 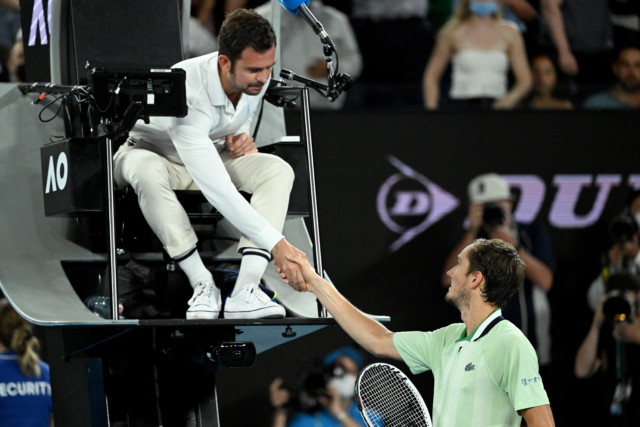 Medvedev then shook hands with the chair umpire and apologised 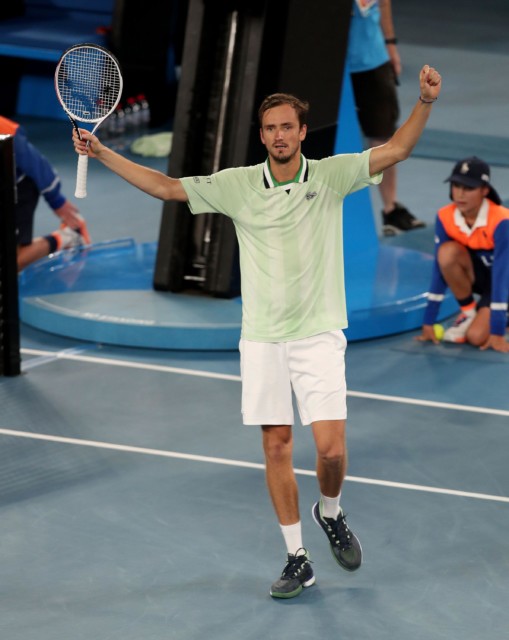