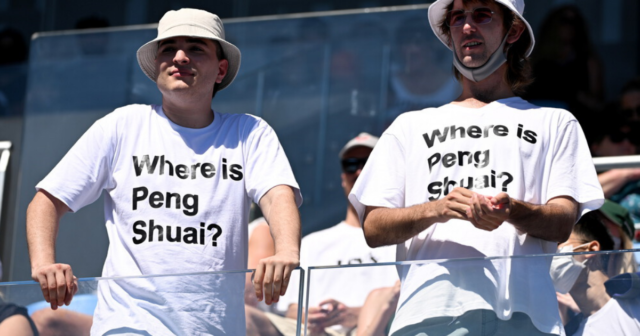 AUSTRALIAN OPEN chiefs have reversed their decision to ban T-shirts reading the slogan ‘Where is Peng Shuai?’

But banners will remain prohibited at Melbourne Park.

The Aussie Open caused a stir last week when they forced spectators to remove shirts adorning the question prior to entering the grounds.

Chief executive of Tennis Australia Craig Tiley has since decided to allow similar T-shirts to be worn – as long as fans possess no ‘intent to disrupt’.

He said: “If someone wants to wear a T-shirt and make a statement about Peng Shuai that’s fine.”

But on banners, he added: “It really takes away from the comfort and safety of the fans.”

Peng’s safety has been the concern of tennis fans around the world since she went missing from the public eye for a number of weeks late last year after making an allegation of sexual misconduct against former Chinese politician Zhang Gaoli, 75.

The 36-year-old has since made a smattering of appearances in China, but observers remain concerned for her wellbeing.

Former Wimbledon doubles champion Peng has not played since February 2020.

Their product, Guojiao 1573, can be seen advertised around the grounds at Melbourne Park.

Show Court 2 at the Aussie Open is also called 1573 Arena as part of the deal. 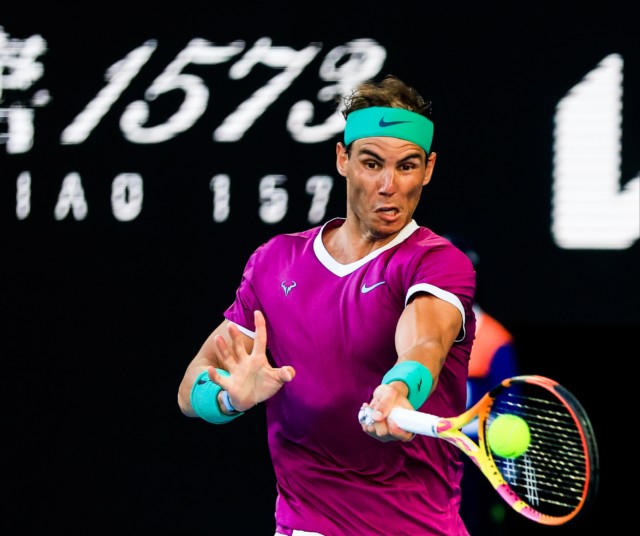 Chinese product 1573 can be seen advertised around the Australian Open
Advertisement. Scroll to continue reading.
In this article:Australian open, Reading, Wimbledon