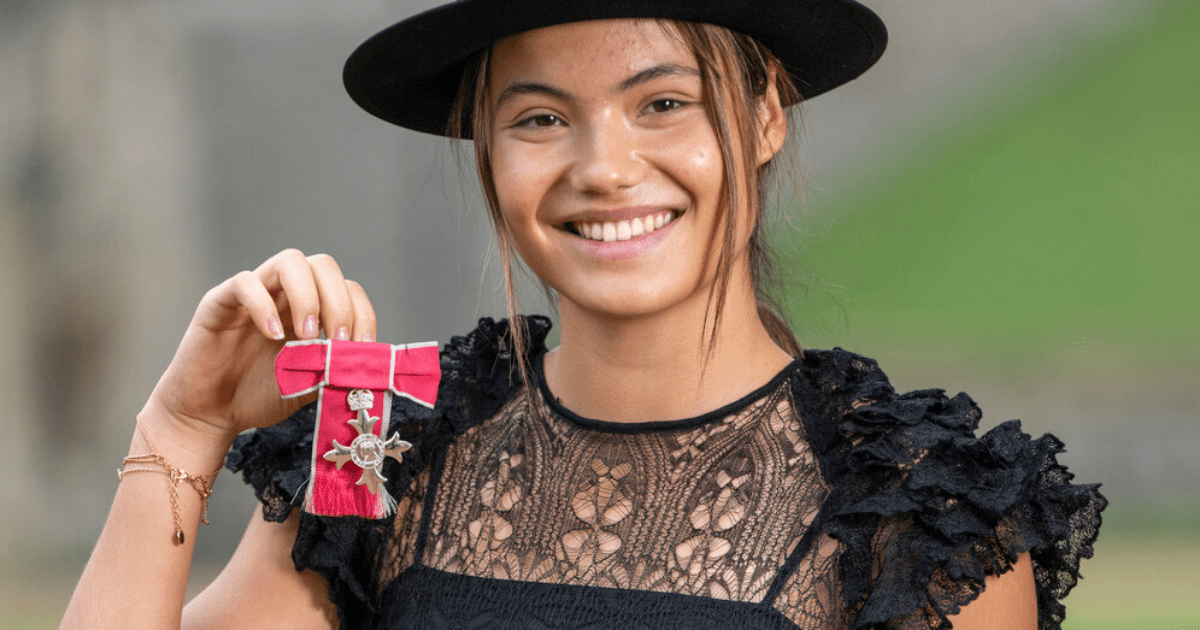 EMMA RADUCANU beamed with pride as she collected her MBE from King Charles III.

The 2021 US Open winner received the award on Tuesday at a Windsor Castle ceremony.

Emma Raducanu beamed as she collected her MBE

Raducanu was presented with her MBE by King Charles III 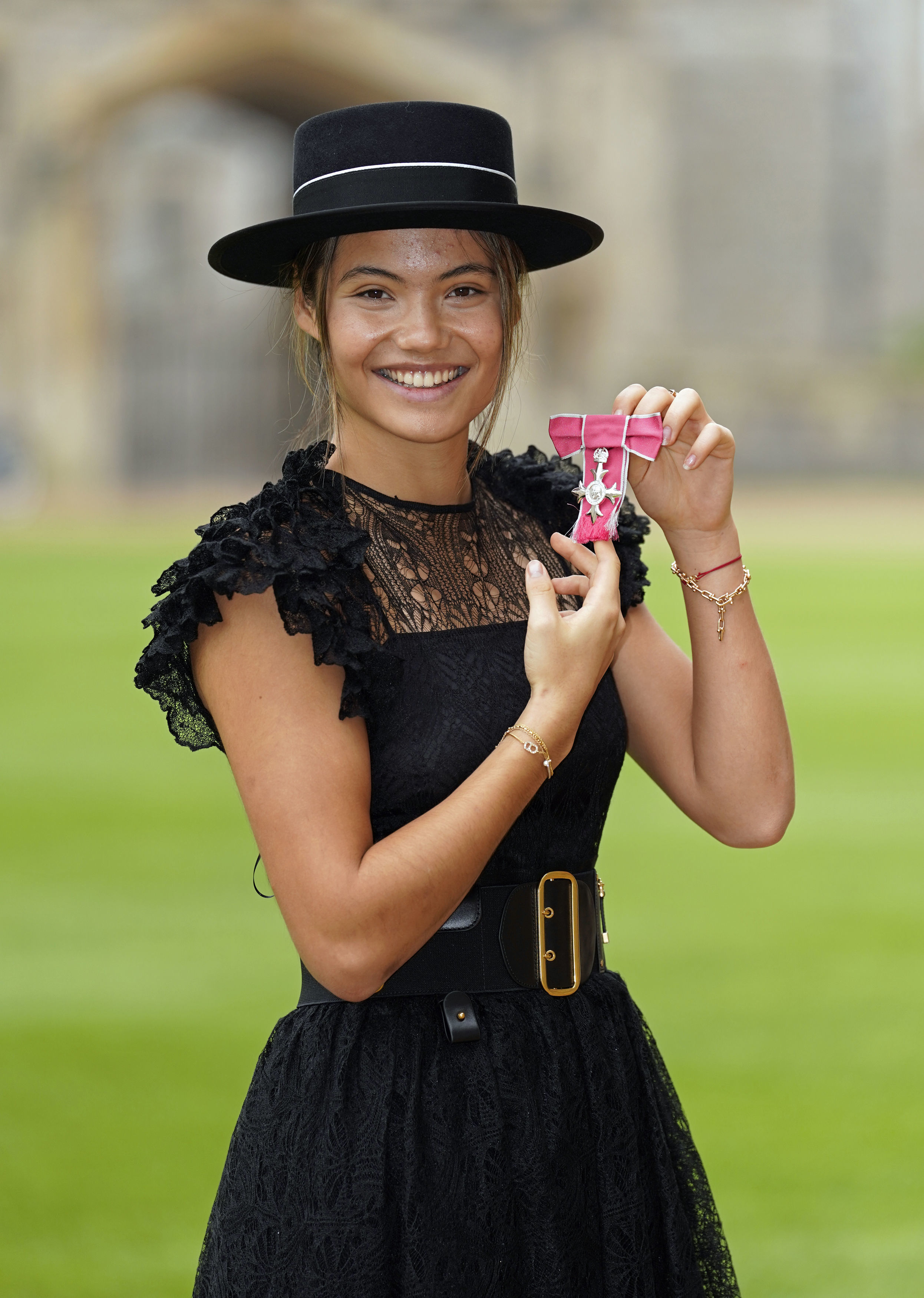 Raducanu was recognised for her services to tennis 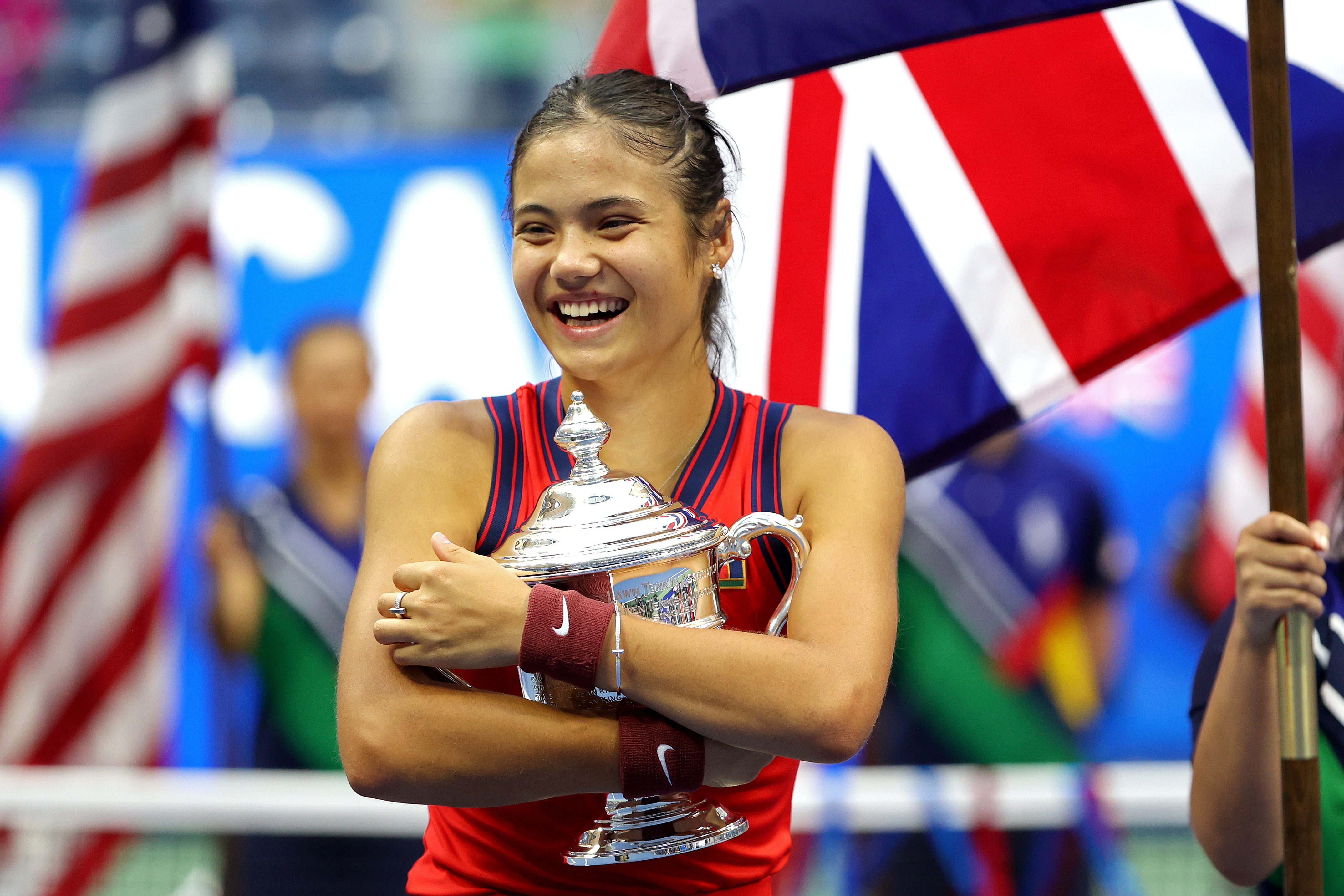 She was awarded an MBE for services to tennis.

Raducanu, 20, shocked the world of sport when she won the New York Slam 14 months ago on her debut appearance and having come through qualifying.

She became the first British woman to win a slam since Virginia Wade in 1977.

In a statement after collecting her MBE, Raducanu said: “It’s been great to receive my honour today from his Majesty the King – I feel extremely grateful.”

Elsewhere, Raducanu has revealed picked the brains of Sir Andy Murray for advice on how to deal with fame and fortune.

But the Kent ace admits she received no special treatment from her family or local tennis club when she became a tennis slam champion last year.

It has been a rocky road since then as she has tumbled down the world rankings, not gone beyond the second round of a Slam and suffered multiple on-court injuries.

Murray, 35, knows exactly what she is experiencing and the two-time Wimbledon champion is available whenever she needs a good old chinwag.

In an interview with Grazia magazine, Raducanu said: “Andy Murray is so good to talk to because he’s been through pretty much what I’ve been going through.

“I have always looked up to him and watched him winning his first Wimbledon and the Olympics.

“In my career, I’ve done pretty well compared to most teenagers.

“Hopefully, I’ll be playing throughout my twenties and into my thirties – I’m looking forward to putting in a good shift.

“(In tennis) it could look like it’s all going down, down, down and just not getting any better.

“But it can all change so fast. Just one match can have a big influence on your confidence and the momentum comes, you feel like you can’t lose.”

Raducanu earned £1.8million in prize money for winning the US Open and her agents IMG signed her up to multi-million pound deals with various blue-chip sponsors.

Her status on social media exploded and she now has more than 2.5million followers on Instagram.

Yet it was business as usual when she returned home from her breakthrough victory – there was no big fanfare from her mum Renee and dad Ian.

Raducanu said: “(Winning the US Open) wasn’t a big deal at all for my family – it was just like a normal Friday or Saturday night.

“Between training and the travel, (the lifestyle) takes some getting used to, but I like to be on my own and it’s always about the bigger picture.

“After the US Open I was struggling to get a court at my local club – there was no special treatment at all!

“I’m so proud – I don’t really realise the impact I’ve had until I see the tennis courts way more booked up.

“I’ve seen kids at my old primary school and at the National Tennis Centre, they are all so excited.” 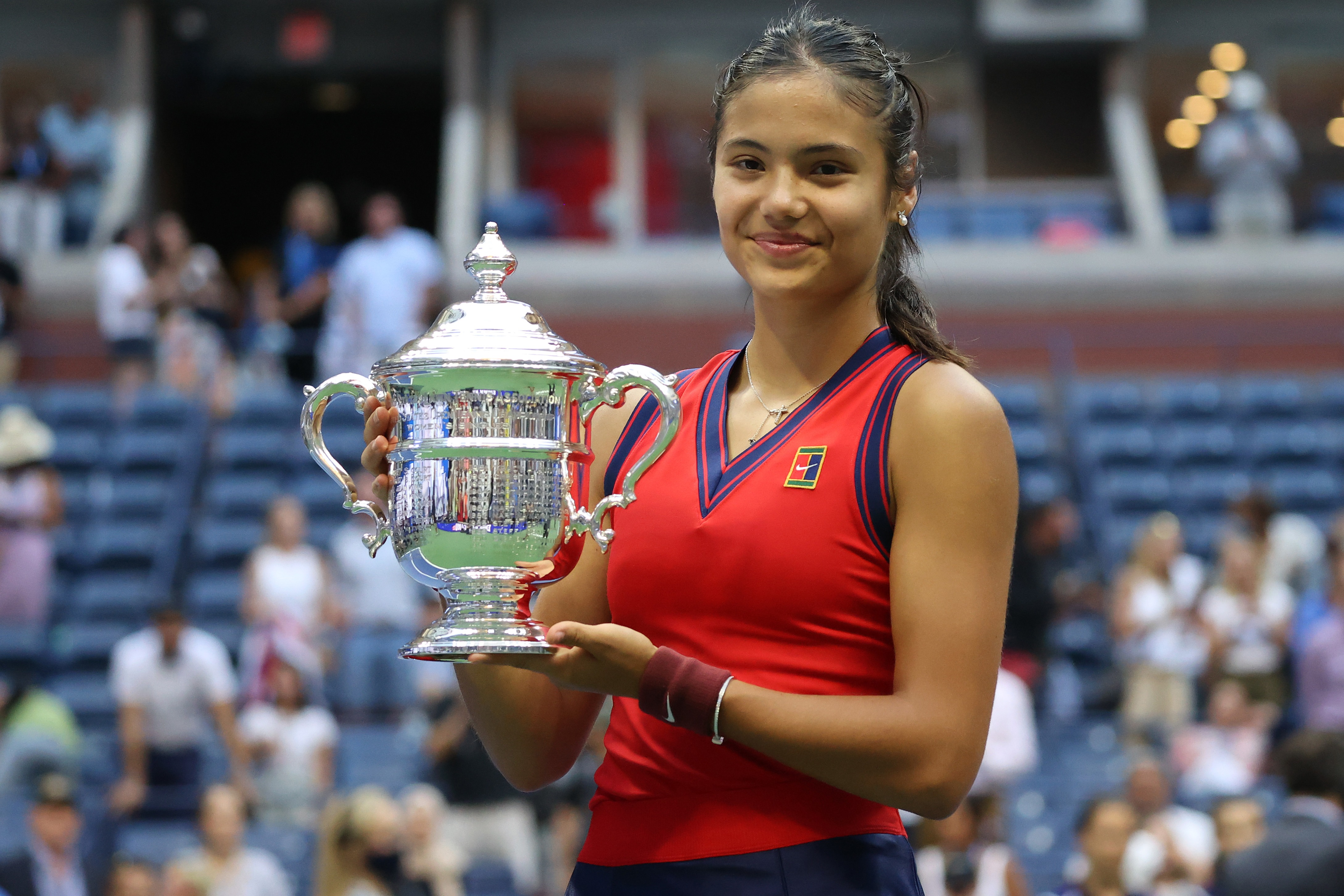