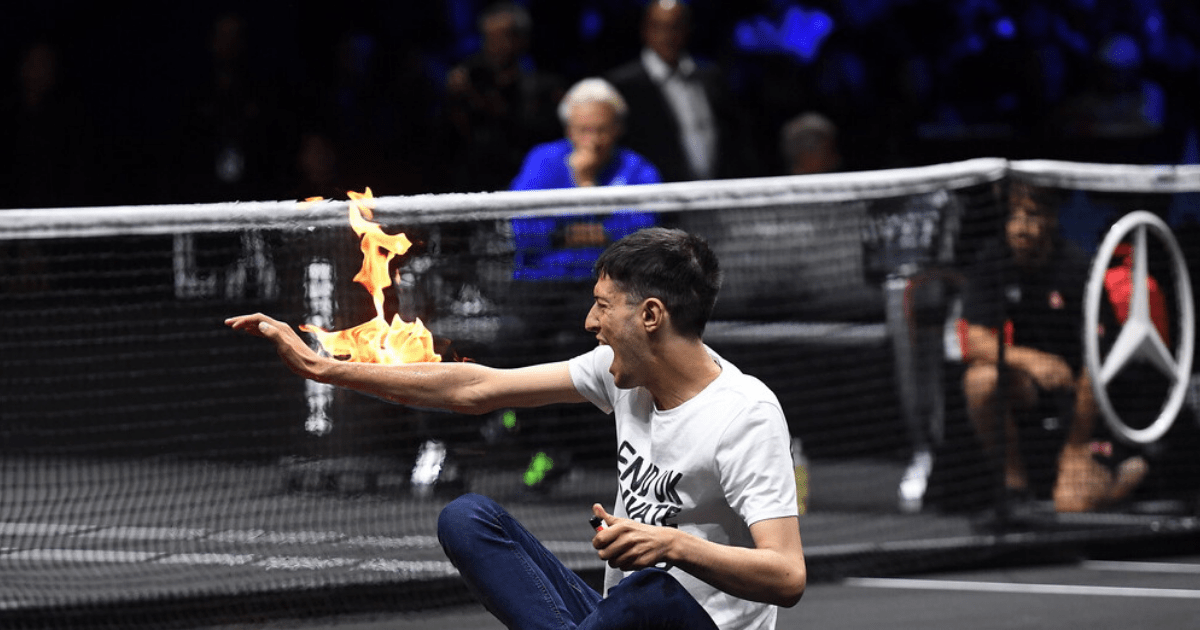 THIS is the bizarre moment an idiot sets himself on FIRE at the Laver Cup.

The shocking incident occurred at a packed O2 Arena on Friday.

A person set themselves on fire at the Laver Cup

The person screamed in agony as incredible video footage and pictures showed his right arm on fire.

It’s believed the yob was a climate change protester.

Stunned onlookers watched on as he stormed the court before sitting down by the net.

The man’s arm was then engulfed by a powerful blaze of fire.

Staff quickly rushed to extinguish the flames on the court 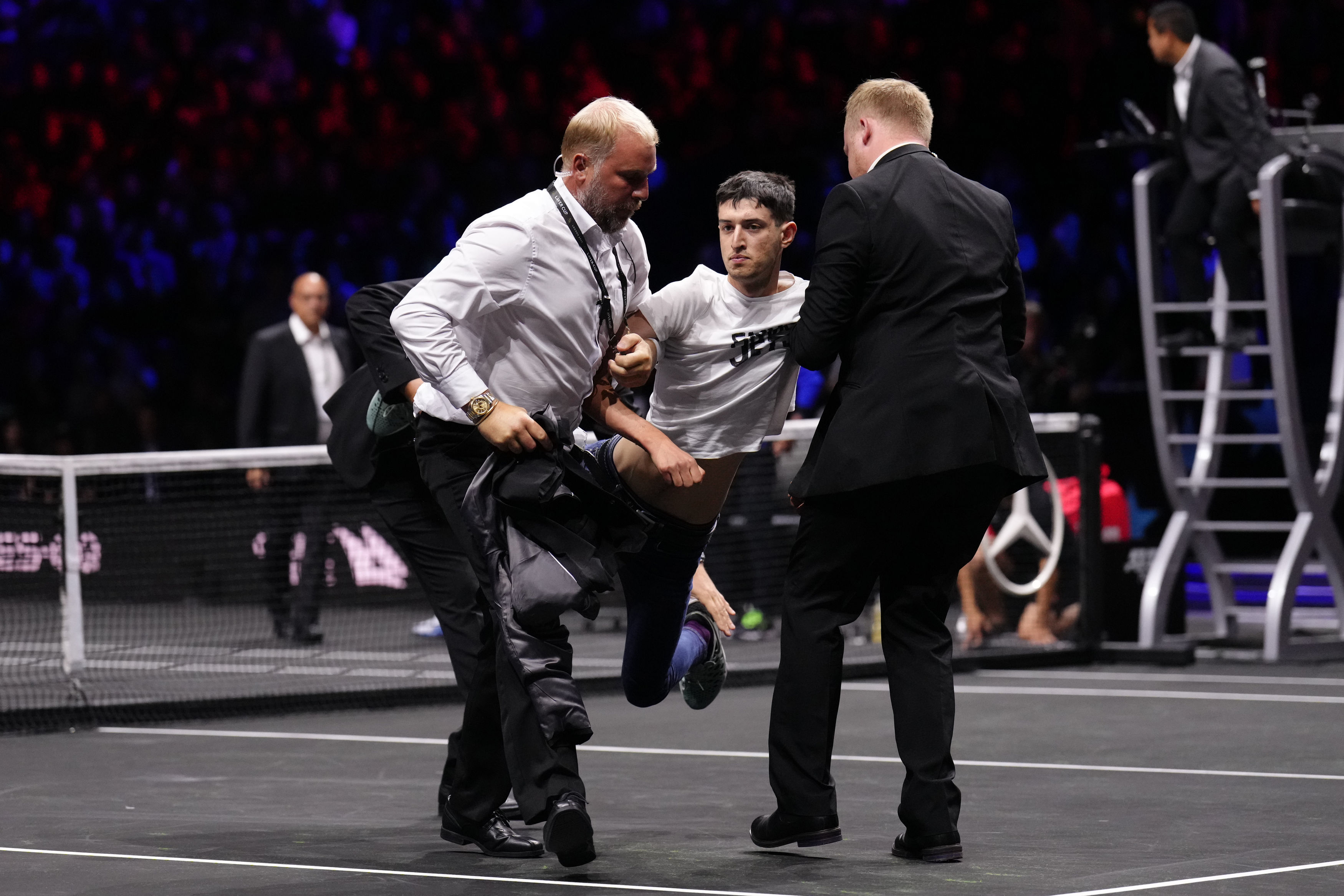 The idiot was then carried off by security

And he seemed to be in major pain as he squirmed to brush the flames from his skin.

Luckily for the man, he managed to stop the fire from spreading along his body.

Incredibly, he then sat completely still as security charged towards the scene before apprehending him.

The yob was hauled off the court as the audience tried to comprehend what they had seen.

SE is your go to destination for the best football, boxing and MMA news, real-life stories, jaw-dropping pictures and must-see video.

Did you miss our previous article…
https://www.sportingexcitement.com/tennis/rafa-nadal-has-a-whatsapp-group-with-rivals-roger-federer-and-novak-djokovic-which-three-chat-in/

In this article:lavercup, onfire, security