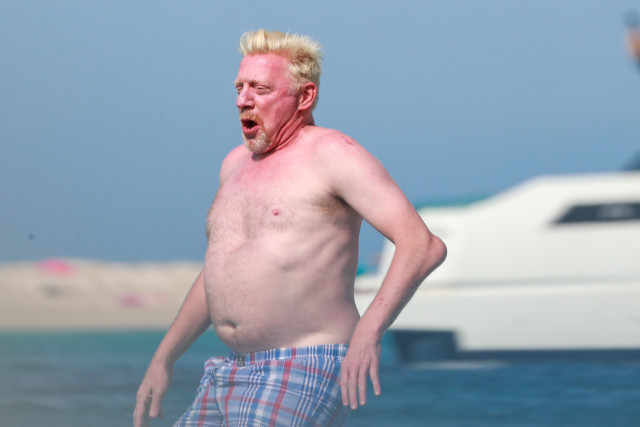 BORIS BECKER was spotted with a huge growth the size of a tennis ball on his arm as he soaked up the sun in Ibiza.

The former Wimbledon champion, 52, is still suffering with what appears to be a severe case of tennis elbow.

Becker enjoyed an afternoon on a yacht in Ibiza with fellow legend Bjorn Borg and their partners.

But shocking images revealed the German star is still living with a long-term injury.

The 52-year-old showed off the huge growth on his left elbow as he enjoyed a game of mixed doubles.

He was first seen with the injury as he acted as Novak Djokovic’s coach at the 2014 US Open.

And earlier this year he showed he had growths on both elbows when he appeared in Australia with Team Germany.

Tennis elbow is caused by excessive use of the muscles in the forearm and leads to inflammation around the joint.

Becker’s body was put through its paces during his illustrious career – which came to an end in 1999.

He stunned the world in 1985 when he became the youngest player to win Wimbledon, aged 17.

But Becker looked happy and relaxed on the romantic boat trip with his girlfriend Lilian de Carvalho Monteiro. 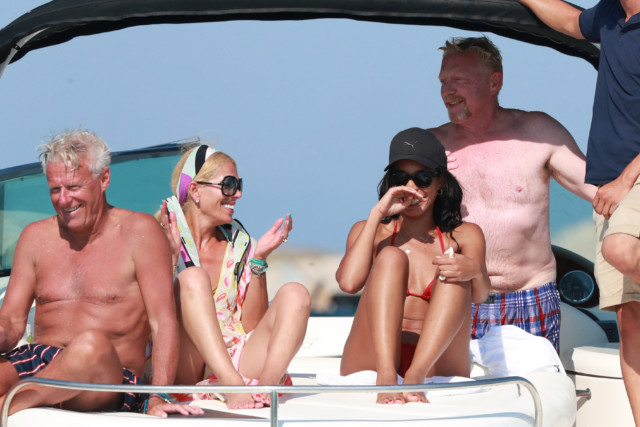 The couple were joined by Swedish great, Bjorn, 64, and his wife, Patricia Ostfeldt, 50, who smiled happily during the break in the Mediterranean on Saturday.

The pair won over 17 Grand slam singles titles between them during their sporting careers.

The former Wimbledon champion hit out at Kyrgios for his recent comments against Novak Djokovic and Alexander Zverev.

The Australian hothead, 25, tore into the pair for their irresponsible actions regarding coronavirus. 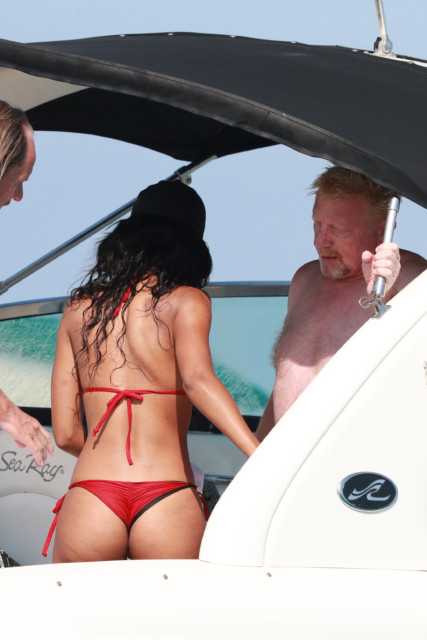 Djokovic hosted the doomed Adria Tour event – with a host of tennis’ biggest names, including the world No1 himself, testing positive for the virus.

One of the competitors in Europe was Zverev, who revealed he would self-isolate as a precaution – only to be seen at a nightclub in Monte Carlo six days later.

Clearly sick of Kyrgios‘ gobby outbursts, Becker lashed out on Twitter – only for the feisty Aussie to hit back as only he can. 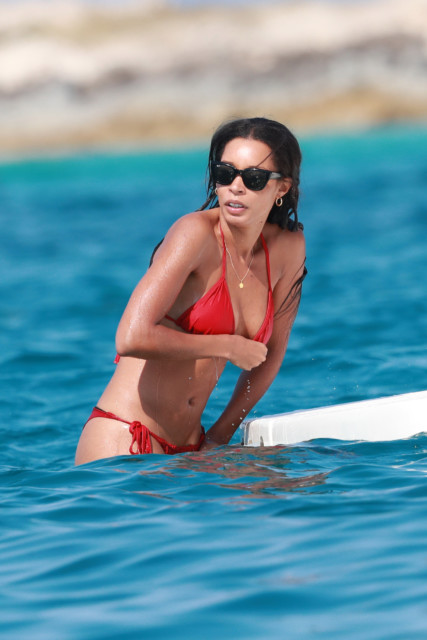 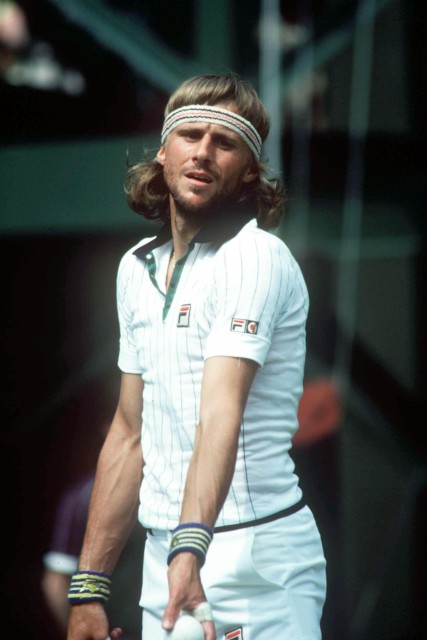 Bjorn Borg pictured during a game in 1981 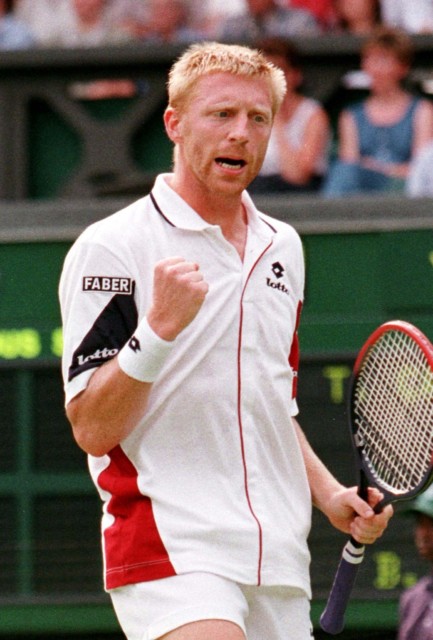 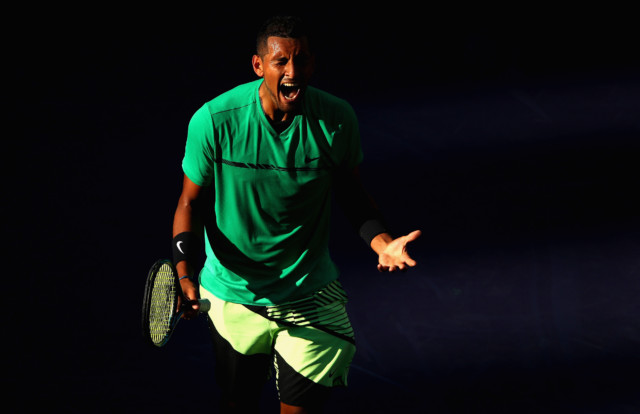