British sporting superstar posts adorable throwback picture… but can you guess who it is?
Advertisement 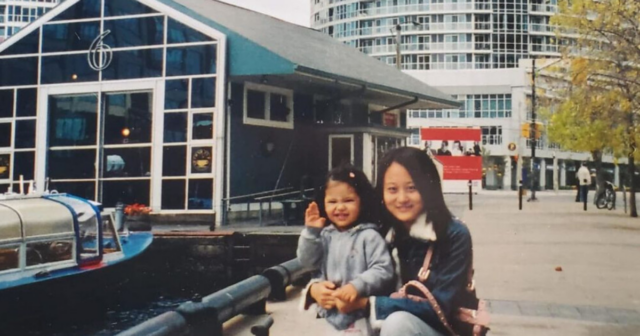 EMMA RADUCANU has posted an adorable throwback picture of herself as a child in Canada.

Just days a day after the tennis superstar disappointingly crashed out of the National Bank Open, she shared happier times with her Instagram followers.

With the huge CN Tower still in the background, Grand Slam winner Raducanu recreates the pic

She reflected on when she was young in Toronto with a picture showing her as a small child smiling to the camera in front of the huge CN Tower.

Raducanu also shares another pic showing the star all grown up and stood in virtually the same spot.

The 19-year-old was born in Toronto before growing up in Bromley in London.

Raducanu shot to international fame after winning last year’s US Open, despite the teen being a massive outsider who had to go through the qualifiers.

The tennis star beat fellow teen Leylah Fernandez 6-4 6-3 in the final to land the sensational victory.

It was the first time a British female had won a Grand Slam since 1977.

The victory amazingly came only months after Raducanu finished her A-levels.

Her form has collapsed since that win and she has struggled to fight through the early rounds of the tournaments she has competed in since.

Yesterday Raducanu was beaten in the first round of the Canadian Open as she fell to defeat to Camila Giorgi.

It’s the worst possible preparation for the US Open, where Raducanu will hope to defend her crown from the end of the month.