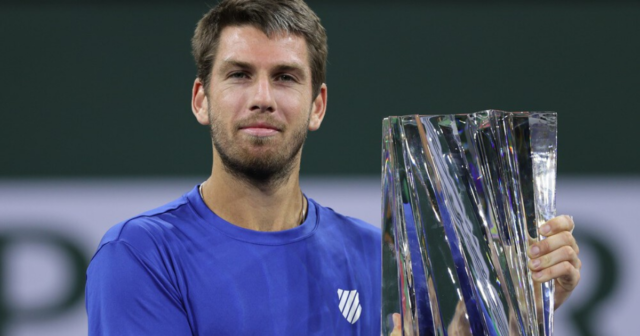 CAMERON NORRIE landed the biggest win and payday of his career as another British star lifted a top tennis title in the US – after his shoes went missing before the final.

Five weeks after Emma Raducanu’s fairytale success at the US Open, Norrie enjoyed his finest ever display on the west coast of the country.

Cameron Norrie won the Indian Wells Masters 1000 tournament in a battling finalHe was rewarded with a £900,000 cheque and a kiss from girlfriend Louise Jacobi

Norrie capped a brilliant fortnight by sweeping aside Nikoloz Basilashvili 3-6 6-4 6-1 in the BNP Paribas Open final at Indian Wells.

And he had to do it in trainers he had never worn before after further British chaos with footwear.

Andy Murray had his ‘stinky’ trainers, and wedding ring, stolen from under a car at the beginning of the tournament – and Norrie had a similar problem before the biggest match of his life.

He said: “Every day I left my shoes on top of the locker. I think someone, I don’t know who it was, maybe someone from the cleaners or something last night, came through and they threw the three pairs of shoes that I had away.

“I looked all day. I had everyone looking. I don’t know what the people have against the Brits with stealing the shoes, but I didn’t manage to get them back. Just had to go out there with a fresh pair of shoes.

“It was just difficult. Luckily I didn’t have a wedding ring attached. I didn’t lose that, so it was a bonus for me.

“I don’t think it mattered too much. Ideally I like to play with shoes that I’ve been using for maybe five or six hits or practices or warm-ups.

“I like to have them a little bit used. They feel a bit heavy in general if they’re a bit newer.

“At one point I said, ‘All right, these are the shoes I got, I’m just going to focus on what I can control right now.’ I wore them in a little bit, came good in the end.”

Winning Indian Wells in the Californian desert – the leading event outside of tennis‘ four Slams – is something standard-bearers Murray, Tim Henman and Greg Rusedski never achieved.

Norrie, who is now up to No15 in the world rankings, is the fourth British man to add a Masters crown to his CV – and he will be well-rewarded with close to £900,000 in his bank account.

It also moves him a step closer to appearing at the ATP Finals in Turin next month alongside the top players on the planet.

Norrie added: “This means so much to me. It’s my biggest title. I’m so happy. I cannot even describe my emotions. It was a strange match.

“It is absolutely massive for me and my team. An incredible moment for us.

“If you had told me I’d win before it had started, I wouldn’t have believed you. It’s amazing.

“I was uncomfortable at times. It was quite windy and he hit so many winners, and it tough for me to get confidence on my rally balls.

“I have lost in a lot of finals so it’s good to win a big one. This title is for my family at home in New Zealand.”

Like he did in the quarter-finals and semi-finals, Norrie started this match quickly and positively, gaining an early advantage in the first set against the No29 seed.

Yet even though he went 3-1 up, Norrie’s performance started to malfunction – he was unable to play on his terms and was failing to dictate the rallies against a big-serving opponent.

Basilashvili, 29, went on to break Norrie twice and win four games in a row to take the first set inside half an hour.

Norrie was in trouble at this point.

The frustrations started to emerge, snatching at his towel between points, screaming at himself to ‘move his feet’ and complaining about the courtside public TV screens, which had not been an issue when he had previously won.

However, his confidence returned in key moments of the tenth game of the second set at 5-4 up when he hit a combination of drop shots, lobs, winners and a passing shot to draw level at one set apiece.

From that juncture onwards, as the wind picked up and Basilashvili’s error count began rising, there was only one winner and Norrie raced to victory in his sixth final of the season.

Spaniard Paula Badosa won the women’s title with a thrilling 7-6 2-6 7-6 win over Victoria Azarenka in just under three hours.

One negative about this tournament were the low crowds in a cavernous centre court.

This might be considered as the most prestigious event outside of the four majors but the attendances have been poor throughout the two weeks.

It was barely a quarter full for the showpiece occasions on the final day. 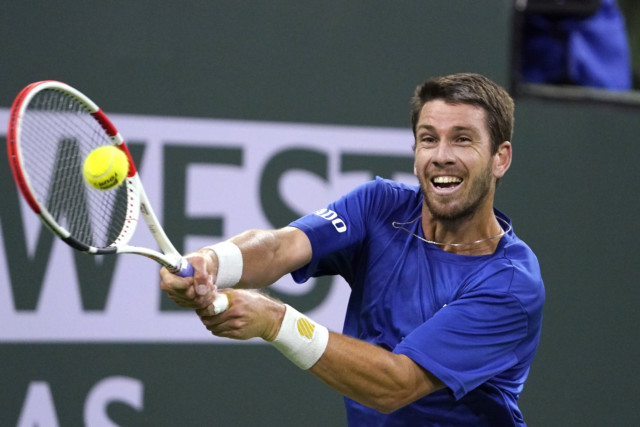 The lefty moves up to No15 in the world rankings 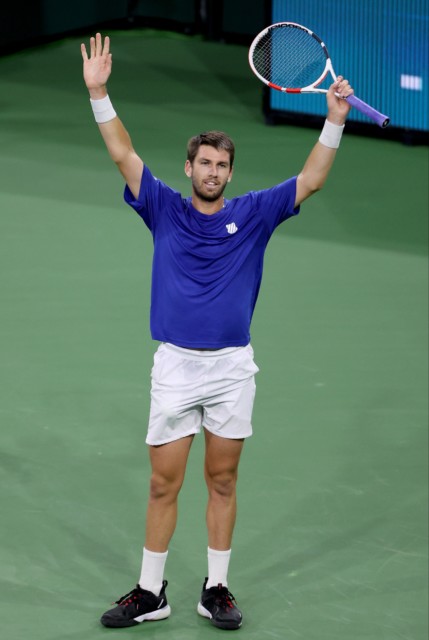 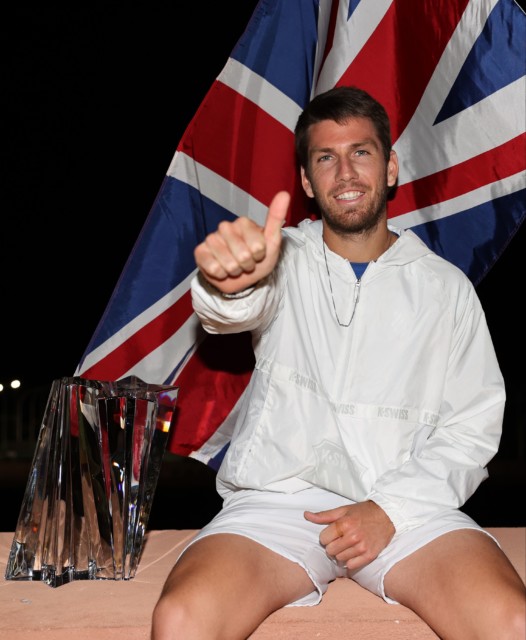