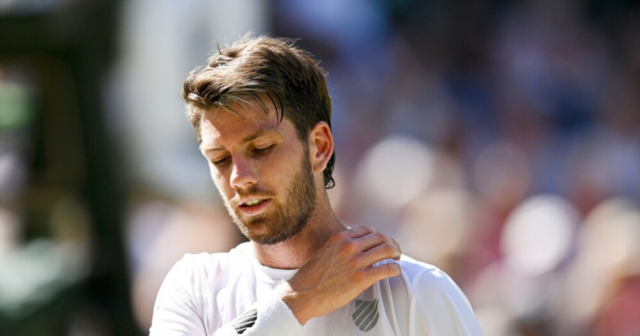 FOR A mad half-hour, Centre Court was baking, Henman Hill was heaving and Cameron Norrie was absolutely flying.

The Brit, who had never been past the third round of a Grand Slam before this Wimbledon, was playing the best grass-court player on the planet off of this hallowed lawn.

It didn’t last because you don’t win 20 Major titles, if you get bothered by the other bloke enjoying the set of his life.

Novak Djokovic, who has won three successive Wimbledon titles and six in all, ended up winning in four sets to book a final with Aussie rebel Nick Kyrgios on Sunday.

But after a breakthrough campaign, Norrie capped it all with the way he broke the Djokovic serve three times in that opening set – pummelling away with his punishing groundstrokes like a boxer working hard to the body.

Norrie’s greatest attribute is his butcher’s-dog fitness level so he was never going to wilt physically, even in the blazing heat.

But the mental challenge of facing Djokovic is another thing. The Serb has the artistry of Da Vinci and the persistence of an angry wasp.

He is now through to a record 32nd Grand Slam final. He has won six of his previous seven at Wimbledon and will be a hot favourite against Kyrgios, who was given a semi-final walkover due to Rafa Nadal’s abdominal muscle tear.

The first set, though, was dreamlike for ninth-seed Nozza. Just ten days or so ago, he could still cycle round his Putney neighbourhood without turning heads.

Yet here he was being roared on by a packed Centre Court, and a roped-off Henman Hill, driving Djokovic to distraction.

When the Brit broke Djokovic in the opening game, he punched the air wildly.

And despite being broken back immediately, he struck again at 2-2, when he ground down the No1 seed in a long rally.

He repeated the trick in the next Djokovic service game, the champion blasting wide with a sitter of a volley and then going long after another long rally.

But from the start of the second set, Djokovic was laser-focussed and Norrie was under the cosh.

Djokovic dropped just a single point in his first four service games, while the Brit was forced to dog it out on each of his first three, saving break-points on two of them, before he finally succumbed.

Suddenly, Norrie – who had nailed virtually everything in the opening set, was duffing straightforward volleys, drop shots and smashes.

There were two wonky Norrie volleys as Djokovic broke for 5-3 then served out for the set.

Djokovic applauded Norrie after the Brit won an epic opening point of the third.

But in his first service game he was broken again, clocking a Chelsea Pensioner with one stray serve, then slipping behind through a wild forehand. 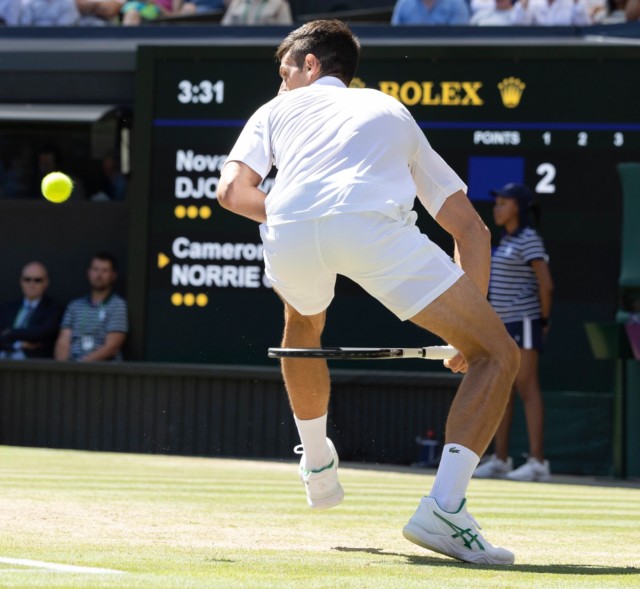 Knowing Nick Kyrgios was waiting in the final, Djokovic produced his own trick shot 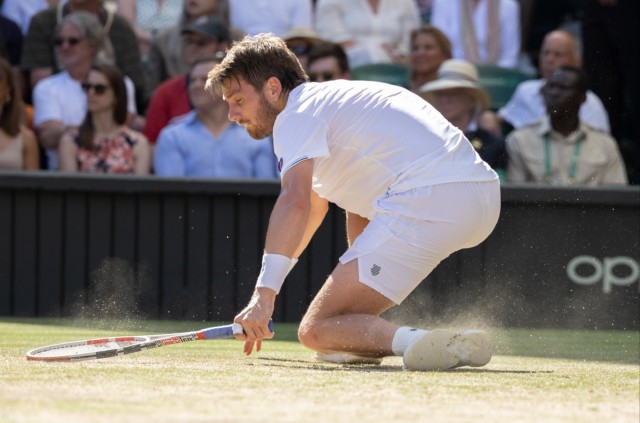 Norrie started cheerleading the Centre Court crowd, who responded vocally but they failed to raise their men who lost the third set comfortably and was broken again early in the fourth.

Djokovic was belligerent at the baseline and cruelly subtle at the net, while Norrie’s serve wobbled alarmingly.

But at 1-3, he pulled it back from the brink by saving four break points then uppercutting the humid air to roars from the audience.

Djokovic was still imperious on his serve though, never giving Norrie a sniff.

Now he faces Kyrgios, the controversial and well-rested Aussie, in what promises to be one hell of a final. 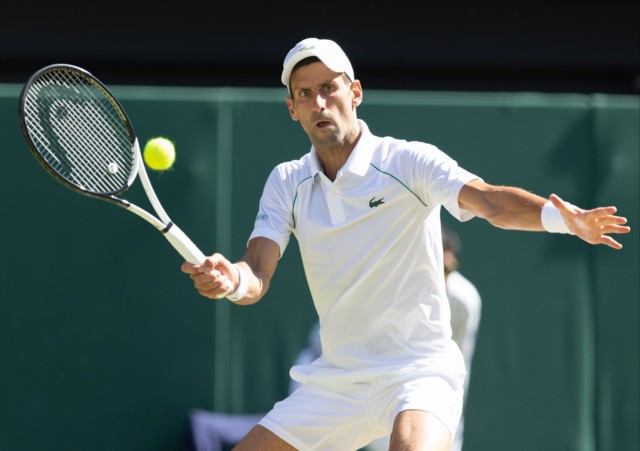 He took total control from 3-3 in the second set 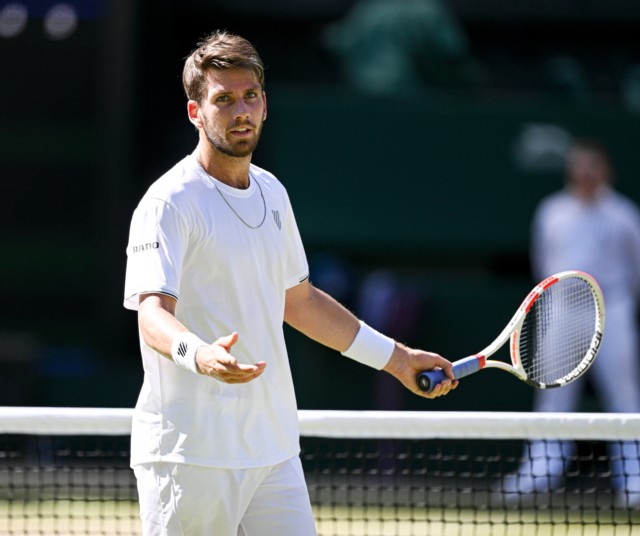 Norrie looked lost for ideas as he struggled to keep up his high levels
In this article:cameronnorrie, flying, neverbeen