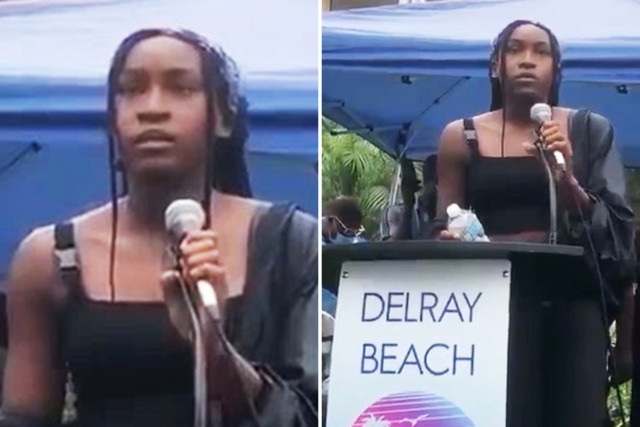 COCO GAUFF gave an emotional and powerful speech at a peaceful George Floyd protest demanding “change now” before pleading people to vote on her behalf.

The teenage tennis sensation burst on to the international stage with her run to the fourth round at Wimbledon last year, beating her idol Venus Williams.

But despite only turning 16 in March, the American displayed her maturity with a direct and rallying speech promoting love in her hometown of Delray Beach in Florida.

Gauff said: “I think it’s sad that I’m here protesting the same thing that (my grandmother) did 50-plus years ago.

“So I’m here to tell you guys that we must first love each other no matter what. We must have the tough conversations with our friends.

“I’ve been spending all week having tough conversations, trying to educate my non-black friends on how they can help the movement.”

Gauff joined the march, posting videos of crowds of protestors – including the chief of police – walking along the street with chants of “Black Lives Matter“.

In her speech, Gauff called on adults to go and make their voice heard in the polling stations – especially with a presidential election later this year – and to think of the future generations who are not yet able to vote, such as Gauff herself.

She added: “Second, we need to take action.

“Yes, we’re all out here protesting, and I’m not of age to vote, and it’s in your hands to vote for my future, my brother’s future and for your future. So that’s one way to make change.

“I saw a Dr (Martin Luther) King quote that said, ‘The silence of the good people is worse than the brutality of the bad people.’ So, you need to not be silent. If you are choosing silence, you’re choosing the side of the oppressor.

“I’ve heard a lot of things this week and one of those was, ‘This is not my problem.’ This is why I have to tell you this: if you listen to black music, if you like black culture and have black friends, then this is your fight too.”

Gauff finished her speech by highlighting that George Floyd’s death is not the only example of black people being killed unjustly – and the tennis prodigy is determined to be proactive in her campaigning and protesting because her heart is broken by the events continuing to unfold.

When will it stop? When will we been seen as human and not a threat? Rest in Peace to all of the beautiful souls whose lives were ended short due to racism. All lives will not matter until society proves they actually care about black lives.

She continued: “I demand change now. It is sad that it takes another black man’s life to be lost for this to happen but we have to understand this has been going on for years.

“I was eight years old when Trayvon Martin was killed. So why am I here at 16 still demanding change?

The Belgian tweeted in reply: “Thank you for being a girl that my daughter will learn from and look up to.

“I promise that we will keep on teaching our kids the right thing to do so that they can pass it on too. It all starts at home!”

Earlier this week, Gauff took to Twitter once again to tell people how they can make a change in the fight against racism.

Roger Federer posted a black square for #BlackOutTuesday to his 12.7million followers and the teenager replied with a link to blacklives.matter.carrd.co, an online database comprised of links to donation pages, petitions to sign and other resources. 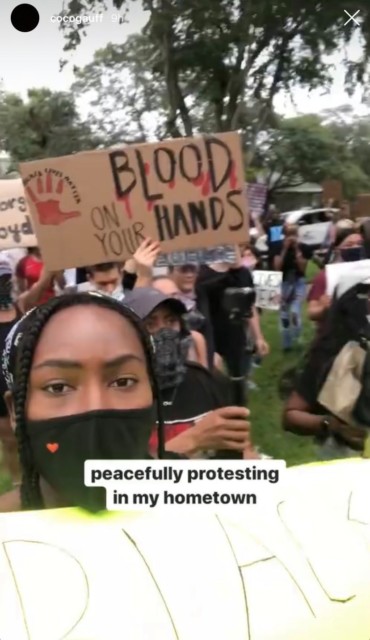 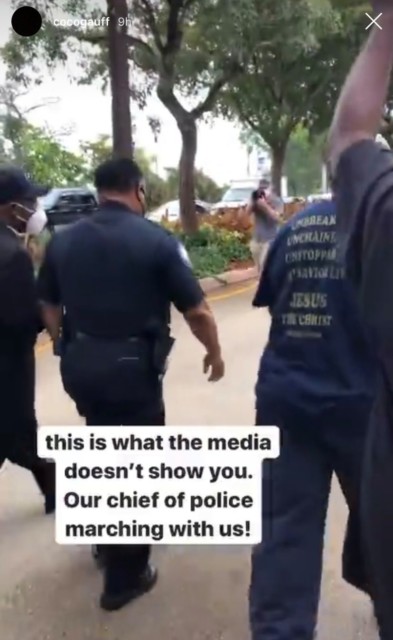