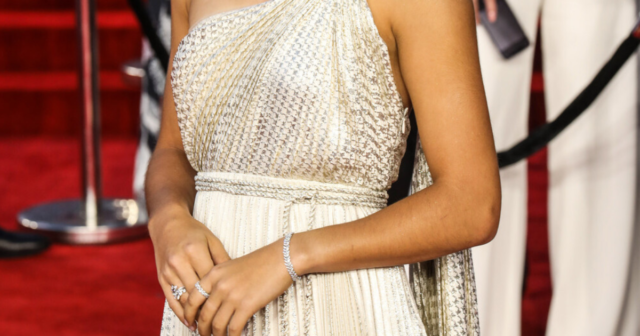 BROMLEY COUNCIL did not award Emma Raducanu freedom of the borough because they ‘didn’t want to embarrass her or ourselves’.

Calls were made to give the teenage tennis sensation the accolade following her incredible US Open win in September.

However, Conservative councillors opted against following through on the proposal.

Deputy Mayor Tony Owen told the London Evening Standard: “We have written to the family and received a reply from her representative who said the family don’t really like a fuss.

“Clearly she has a great career ahead of her and we are very proud of her success. But we didn’t want to embarrass Emma.

“And we don’t want to embarrass ourselves, which it would be if she refused [the award.]”

The Labour group in Bromley put the suggestion forward, with freedom of the borough the highest civic award a local authority has the power to give.

Leader Angela Wilkins claimed some councillors announced they would refuse the motion – because Raducanu is only ranked 24th in the world.

She said: “I imagine Emma refusing to accept is highly unlikely to happen – even if she were to decline, at least we would have shown our support and recognition of her.

“Andy Murray was awarded the Freedom of the Borough by Stirling in 2012 but didn’t actually receive it until 2014, presumably because of his busy diary.

“Our motion did not assume any award ceremony.

“There simply was no good reason not to agree the award and thereby show our support and recognition of Emma’s achievements.

“If Emma wishes to attend an event to celebrate the award, this could be arranged at her convenience.”

Raducanu, who moved to Kent aged two, blew the rest of the field away with her extraordinary run at Flushing Meadows.

The 18-year-old came through qualifying and won all ten matches in New York without dropping a set.

But while most dub Raducanu’s glory her very own Fairytale of New York, 2015 champ Flavia Pennetta was less convinced, claiming it was ‘wrong’ for tennis.