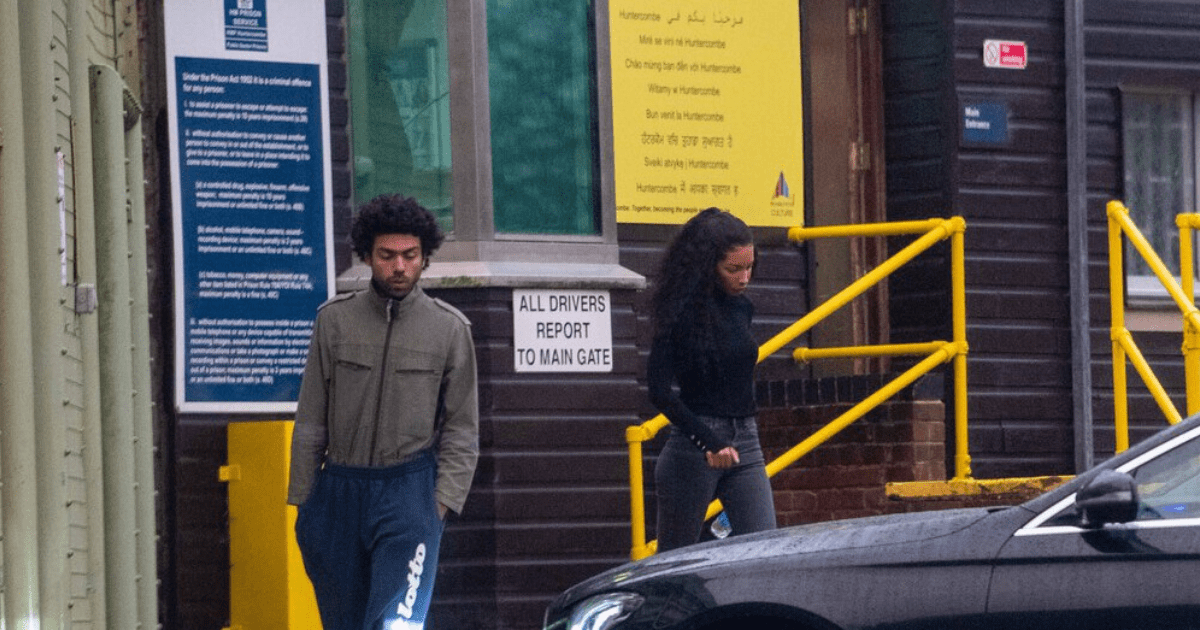 DISGRACED Boris Becker had a visit from his girlfriend Lilian de Carvalho Monteiro and eldest son Noah in prison this week.

They visited on Monday, a day before the fallen tennis hero turned 55.

Girlfriend Lilian and her son visited him on Monday

The pair appeared to get given special treatment compared to other visitors as their chauffeur car waited outside for two hours in the visitors car park and was fetched by a prison guard and pulled up to the inmates entrance so they avoided being caught in the storm.

Six-time grand slam champion Becker was jailed in April for two and a half years for hiding £2.5 million worth of assets and loans to avoid paying debts.

This comes as Becker found out he will be deported to Germany in time for Christmas.

He has been approved for a fast-track scheme under which foreign cons are sent to their home countries to ease the pressure on British prisons.

He was accepted on to the early release scheme which allows “any foreign national serving a fixed sentence who is liable for removal from the UK to be removed from prison and deported up to 12 months before the earliest release point of their sentence”.

Offenders benefit by cutting up to 135 days from their sentences if they agree to go home.

His former spokesman said: “We are pleased for Boris that he may qualify for an early release and be able to travel to Germany, albeit England has been his home for many, many years.

“I’m sure it will mean a lot to him and his family to be reunited for Christmas.”

Advertisement. Scroll to continue reading.
In this article:borisbecker, disgraced, injail