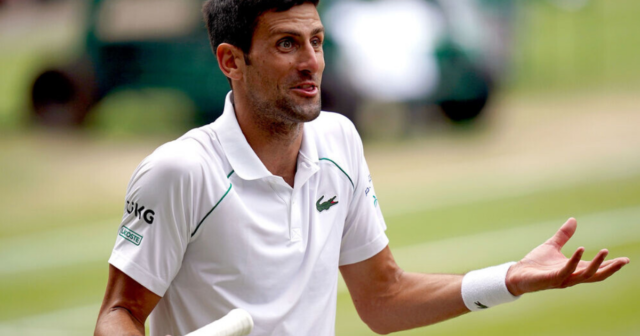 NOVAK DJOKOVIC could be set for a fresh row over his vaccination status after he was named on the entry list for Indian Wells.

Next month’s US-based tournament requires all players to be vaccinated.

Djokovic is not thought to have had a vaccination, yet is provisionally down to play in the US tournament.

He may even have trouble entering the country, with all foreign travellers needing to prove their vaccination status before boarding flights – with limited exceptions.

World No1 Djokovic missed out on the chance to defend his Australian Open title last month after Australia denied him a visa because he was not vaccinated against Covid-19.

After an intense 11 days which saw two visas be cancelled, two court challenges as well as overnight stays in an immigration detention centre, Djokovic was deported.

Attention has now turned to America and how the organisers of the up-coming Indian Wells tournament handle Djokovic IF he is still unvaccinated.

A statement released by the organisers read: “The BNP Paribas Open will require valid proof of full vaccination to enter the Indian Wells Tennis Garden for the tournament.

“Guidelines for the players are governed by the protocols established by their respective governing bodies, the WTA and ATP, as well as any restrictions established by the United States of America in regard to the vaccination status of international travellers entering the country.”

Djokovic has won the competition five times and he’ll be eager to win a sixth against the likes of Aussie Open champion Nadal, Daniil Medvedev, Alexander Zverev and Stefanos Tsitsipas.

But before then, Djokovic is expected to compete at the ATP 500 Dubai Tennis Championships which get underway on February 21.

And luckily for the 34-year-old, Dubai doesn’t require anyone arriving into the country to be vaccinated.