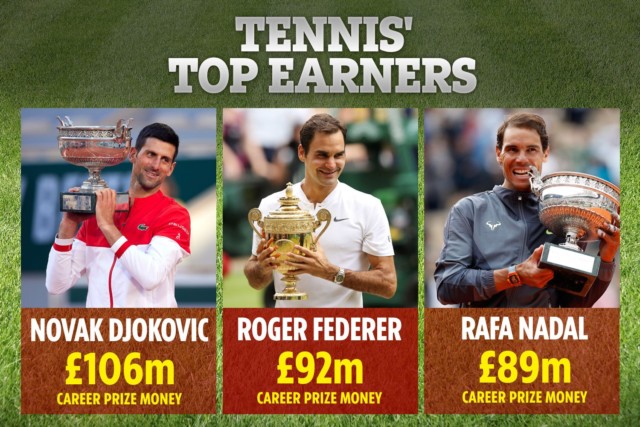 NOVAK DJOKOVIC leads Roger Federer and Rafael Nadal in the list of tennis’ top earners having raked in a staggering £106million in prize money.

For the first time in his stellar career, Djokovic came from two sets down in a major final to lift the all-important trophy.

Djokovic eventually overcame a physically and mentally- wounded Tsitsipas – who learned of his grandma’s death five minutes before the final – 6-7 2-6 6-3 6-2 6-4 in over four hours.

In winning at Roland Garros, Djokovic took his career earnings to a staggering £106m, more than £10m ahead of rivals Federer and Nadal.

The Swiss legend, 39, has pocketed £92m in prize money having won 20 Grand Slams during his illustrious career.

Nadal, 35, sits just behind his rival on £89m having won the same number of Slams – but is a bumper £17m adrift of Djokovic.

On Sunday, Djokovic gave one lucky fan the souvenir of a lifetime.

The Serbian gave the youngster his racket after claiming he ‘coached’ him back from the bring of defeat on Court Philippe-Chatrier.

Djokovic, who had a pep talk backstage at 2-0 sets down, was guided to Slam No19 by a young French lad, who was rewarded with the tournament-winning racket. 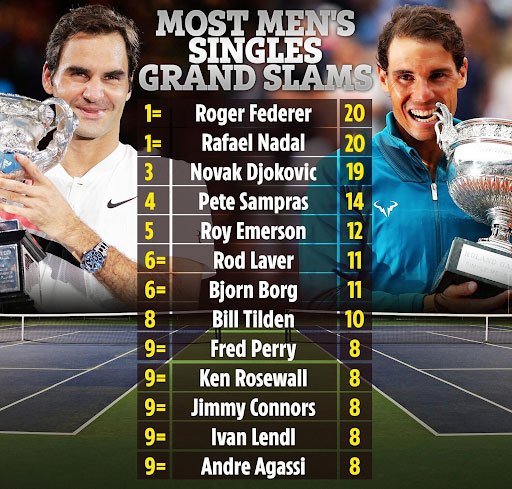 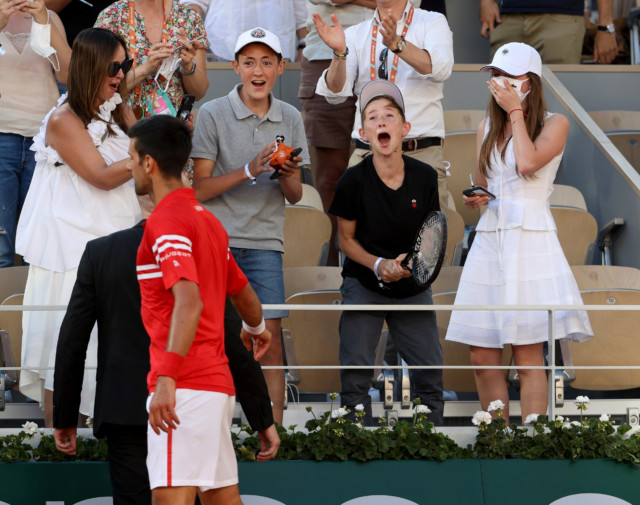 He said: “This boy was in my ear the entire match. He was encouraging me.

“He was actually giving me tactics. He was like: ‘Hold your serve, get an easy first ball, then dictate, go to his backhand.’

“He was coaching me literally. I found that very cute, very nice.

“Giving him the racket after the match was kind of my gratitude for him sticking and supporting me.”