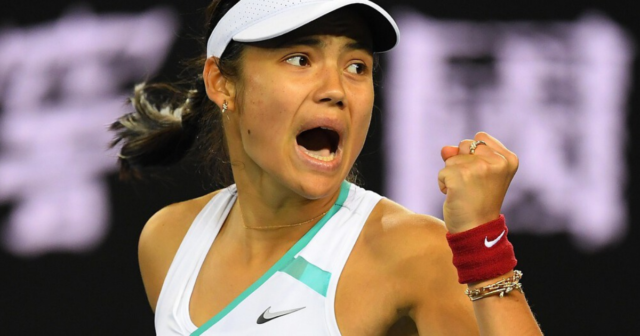 CLOSE to Midnight in Melbourne, Emma Raducanu moved into the Australian Open second round as she came through her FIRST ever Grand Slam deciding set.

In the battle of the US Open champions, the British teen produced real fighting qualities and stubbornness in her first appearance in this hard-court Slam with a topsy-turvy 6-0 2-6 6-1 win over Sloane Stephens.

Given that she won in New York without dropping a set in ten matches, this was a thorough examination of her fitness, bottle and concentration at the highest level.

And though she admits her preparations had been wrecked by Covid and training had consequently taken a backseat, the 19-year-old battled through on the Margaret Court Arena.

Stephens, who is married to ex-Sunderland flop Jozy Altidore, was forced by the umpire to take off her smart watch before the action as a result of ITF Grand Slam rules.

Though it was permissible to wear the device on the WTA Tour, there is always the concern the 28-year-old could use it to receive messages and communicate with her coach in the crowd.

Raducanu’s last act in a Slam match was that blistering ace to win the US Open in New York last September.

And she began this tie with a forehand winner, sending a clear message to her American opponent that she meant business.

Any concerns about Covid after-effects – she contracted the virus before Christmas – were dismissed as shot-making Raducanu won the first set in 17 MINUTES.

The Bromley ace dropped just FOUR points as she bagelled Stephens 6-0 with some devastating and controlled hitting.

Former British No1 Joe Durie spoke for everyone watching as she acknowledged on social media: “Wow, Emma back in form again so far.”

It was a complete contrast to her 55-minute 6-0 6-1 crushing at the hands of Elena Rybakina last week in Sydney in her first match of the new season.

Yet this did not turn out to be the procession that many British fans watching at home hoped it would be.

The first game of the second set was pinched by former world No3 Stephens, who converted her fifth break point after 11 minutes thanks to Raducanu’s third double fault.

Stephens levelled up at 1-1 in sets following three breaks of serve and Raducanu had to leave the court to regroup and decide how best to approach her first deciding set in a Grand Slam match.

Though there were distractions from the crowd in her first game, obvious tension in her arm in the closing stages and one annoying insect on court on match point, Raducanu finally ground down Stephens at 11.54pm local time.

Next up will be a clash with Serbian Danka Kovinic while her hero Simona Halep could be the third-round opponent.

But given her six double faults in the contest, serving is one area in which she needs to work on in practice.

Raducanu said: “I want to thank everyone for coming out and staying so late.

“Both me and Sloane really put everything out there. We gave it all we had. It was a high-quality match with some very long rallies.

“I am very happy to have come through against such a great champion like her.

“It was a tough match-up for a first round. I was very happy to win. I knew there would be very long rallies and her athleticism is up there.

“I had to work extremely hard for my points. But I am so happy to get through.

“I was very pleased. Coming out for the first set, I feel I played some very good tennis with few very unforced errors.

“Of course, there was going to be some adversity and in the long rallies she edged through with her defence. I am happy I regrouped.

“In the third set, I don’t think the score reflected the level out there, I was feeling it, and focusing on getting every single ball in, landing them in between the lines.” 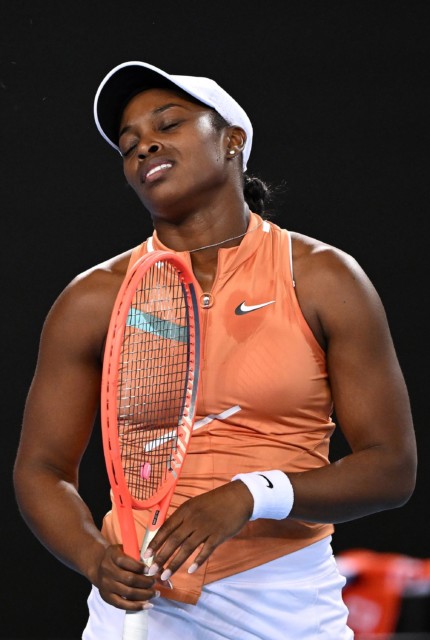 Stephens, without her watch, cut a dejected figure early on as she struggled to get a grip on the match 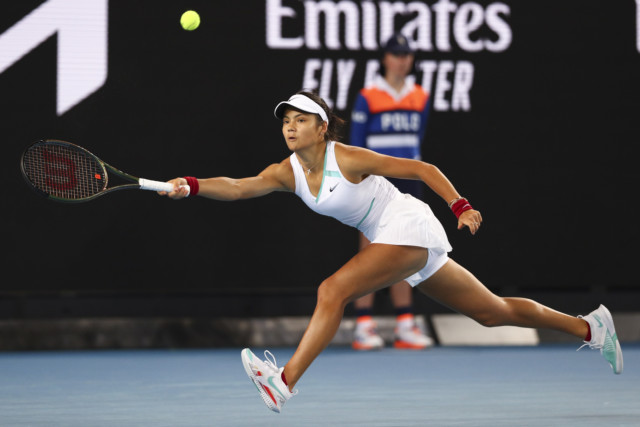 Raducanu had to dig deep after losing the second set but came out firing in the third
Advertisement. Scroll to continue reading.
In this article:Australian open, Simona Halep, sunderland, York