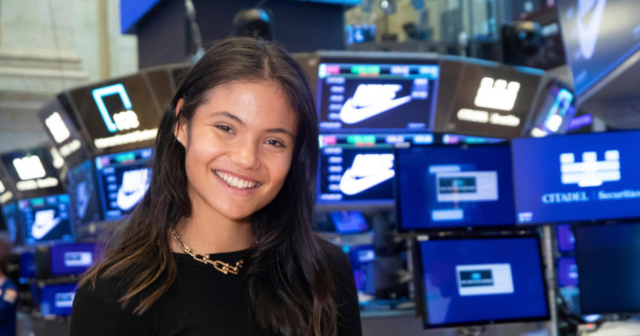 TENNIS sensation Emma Raducanu is on the way to becoming a £1billion athlete after lawyers raced to register her with trademark chiefs.

Teen tennis ace Emma Raducanu is set to become a £1billion athlete after lawyers raced to register her name with trademark chiefsThey safeguarded the words ‘Emma Raducanu’, ‘Emma’ and ‘Raducanu’ in the UK

The advertisers’ dream could trump Roger Federer’s £215million ten-year sponsorship deal with fashion brand Uniqlo. Other tie-ups, such as a mooted Tiffany deal in China, could pull in an annual £20million a time.

Wise investments could then earn Emma, who got an A-level in economics and yesterday toured the New York Stock Exchange, 15 per cent on top.

The teenager, from Bromley, South East London, said: “Visiting the trading floor was the one place on my bucket list I had to check out before leaving. My parents were both in finance and I definitely want to know more about the business side of things.”

Several sportsmen — including Michael Jordan and Tiger Woods — have amassed fortunes topping £1billion but Emma would be the first woman.

She set up her first limited company, Harbour 6, last year. Her new applications were filed within hours of her US Open win by UK lawyer Anthony Brierley.

Emma, also pictured yesterday with Olympic diver Tom Daley, could play at next month’s Transylvania Open in Cluj, Romania — and visit her grandmother in nearby Bucharest.

Her gran, who did not want to be named, told SE: “I’ll make mincemeat in cabbage leaves. It’s her favourite.” 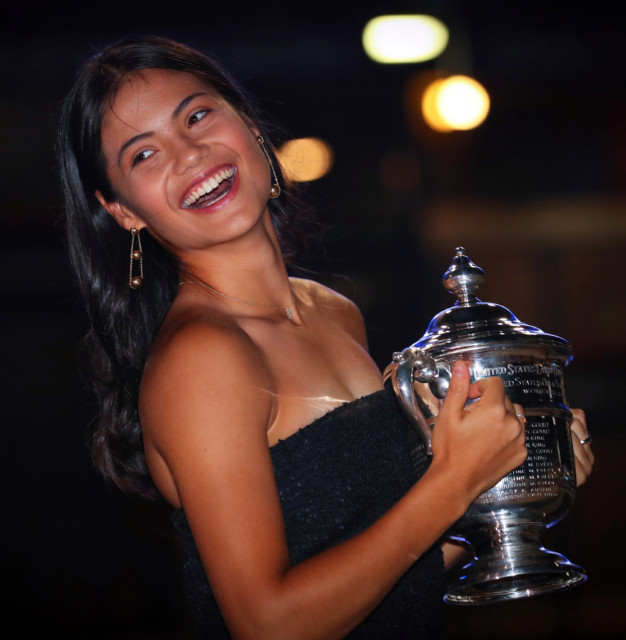 The 18-year-old Brit bagged £1.8million in prize money after winning the US Open 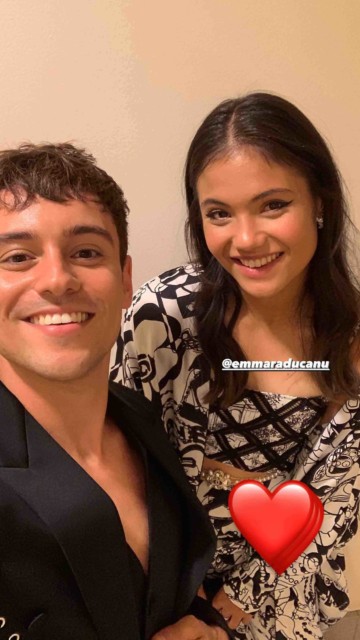 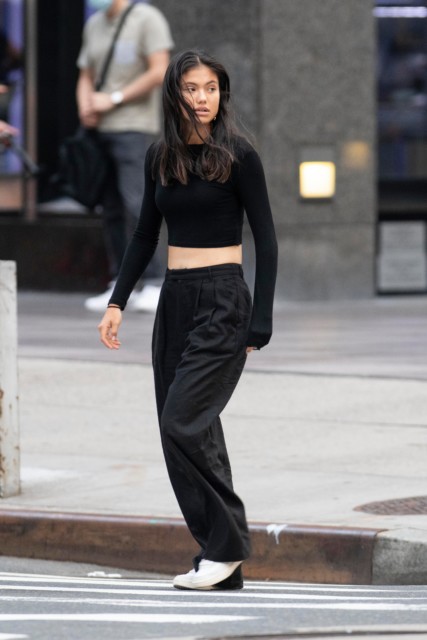