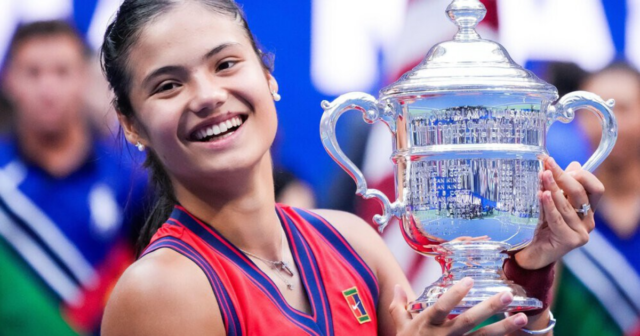 EMMA RADUCANU has withdrawn from her next tournament.

The US Open champ was due to play in the Kremlin Cup, starting on Monday in Moscow.

Emma Raducanu lifted the US Open trophy in September

But the 18-year-old has opted to skip the event as she attempts to steady the ship following her stunning Grand Slam triumph last month.

Raducanu became the first qualifier ever to win a major trophy when she won in New York.

Victory turned her life upside down as she saw her face go up on billboards and received messages from the Queen.

The new British No.1 then split with her coach in search of someone with more senior tour experience.

And she crashed out of her follow-up tournament in Indian Wells – losing in the first round to world No 100 Aliaksandra Sasnovich.

She advised the starlet to ‘go off and chill’ after the disappointing straight-sets exit.

It appears Raducanu has taken that advice to heart in skipping the next WTA Tour event.

She is still searching for a new coach, having parted ways with former trainer Andrew Richardson last month.

And the man who masterminded Maria Sharapova’s rise has warned she is unlikely to find coaches flocking to her door.

Michael Joyce cautioned expectations may be set too high for a ‘big name’ to feel confident of winning with her.