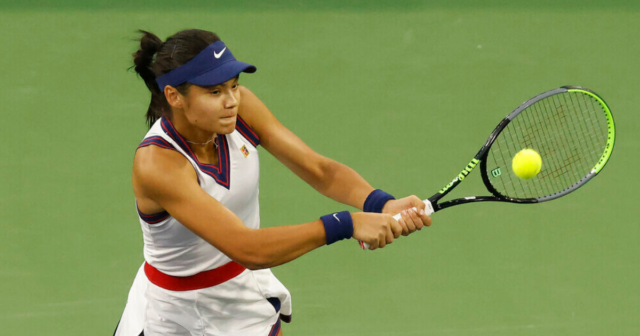 EMMA RADUCANU has signed up to a lucrative exhibition tournament in Abu Dhabi in December.

The Mubadala World Tennis Championship will form part of the Brit’s busy Christmas schedule as she prepares for January’s Australian Open.

Raducanu, 18, is set for a long period away from home at Christmas.

The US Open champ was the first star to be confirmed for the event which will run from December 16-18.

It is a big money spinner for the stars who play and many have previously used it as a warm-up event for the Aussie Open in Melbourne.

In order to comply with Australia’s strict coronavirus rules, players will be travelling down under from Dubai and Abu Dhabi on charter planes.

And the Mubadala event will slot in nicely with Raducanu’s travel schedule.

Ahead of the Abu Dhabi showcase, Raducanu will play in another exhibition event at the Royal Albert Hall in London on November 28.

And she is also due at Moscow’s Kremlin Cup WTA Tour event next week before meetings in Romania and Austria.

Raducanu fell 6-2 6-4 to world No100 Aliaksandra Sasnovich in the second round at Indian Wells last time out – her first match since winning the US Open after receiving a bye.

And three-time major winner Andy Murray threw his support behind the young star.

Following his epic 5-7 6-3 6-2 comeback win over Carlos Alcaraz, the Scot said: “What happened there was obviously incredible but in tennis and other sports it doesn’t just go in an upwards direction all the time.

The 2022 Australian Open could be without tennis’ biggest names – including Novak Djokovic after un-vaccinated stars were warned: “Get jabbed or else.”