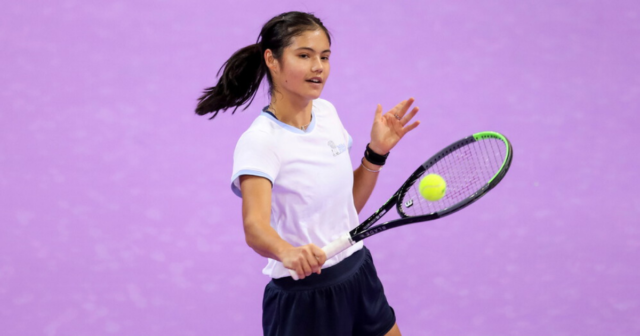 EMMA RADUCANU is at the Transylvania Open looking to get back to winning ways following her US Open triumph.

The Brit was stunned by Belarussian Aliaksandra Sasnovich in the first round at Indian Wells, her only match since defeating Leylah Fernandez at Flushing Meadows.

But this tournament will have extra meaning for Raducanu as it takes place in Romania, the country where her father was born.

And Romanian former Wimbledon champion Simona Halep say the crowd in Cluj have taken to the US Open champ like one of their own.

She commented: “The people here are proud of what she has done. They have adopted her, let’s say.

“I heard many people talking about this – what she’s done is amazing, it’s huge to win at 18.

“And Raducanu being a very specific Romanian name, they feel like she is Romanian. It is very, very Romanian.”

First up for Raducanu in front of a ‘home’ crowd is Slovenia’s Polona Hercog, who is ranked 123 in the world.

What time does Emma Raducanu vs Polona Hercog start?

What TV channel is Emma Raducanu vs Polona Hercog on and can I live stream it?

Can I watch Emma Raducanu vs Polona Hercog for free?

In this article:Simona Halep, Wimbledon