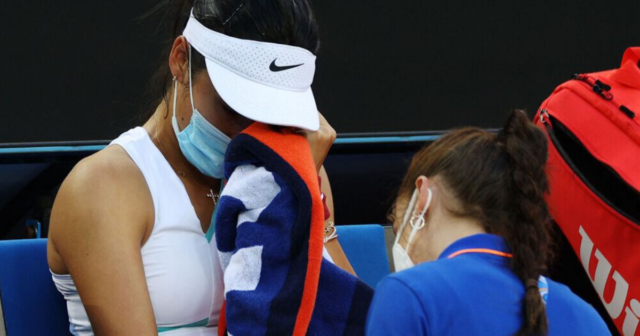 EMMA RADUCANU had to pause for a medical timeout in her Australian Open game against Danka Kovinic after suffering from blisters.

The rising British star was 3-2 up against her Montenegrin opponent when she suffered the injury to her right hand. 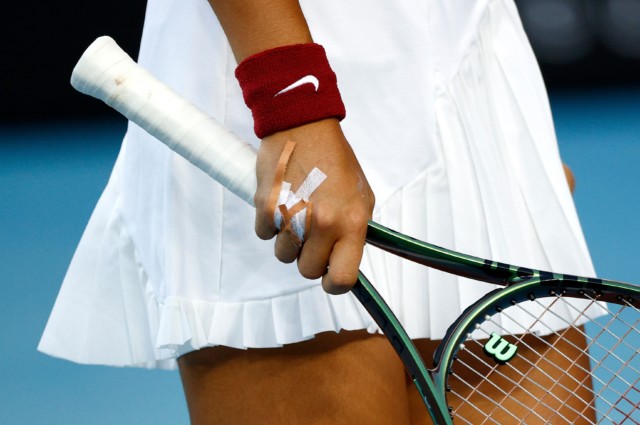 MTO is called for treatment on a blister.
DK breaks back and we’re back on serve. 3-3 #AO2022 • #AusOpen pic.twitter.com/GOIEtCwcML

Raducanu was treated on the sidelines and looked to be in pain upon returning to the court.

She had led 3-0 after a rapid start but unfortunately lost her lead and trailed by two sets.

Advertisement. Scroll to continue reading.
In this article:Australian open