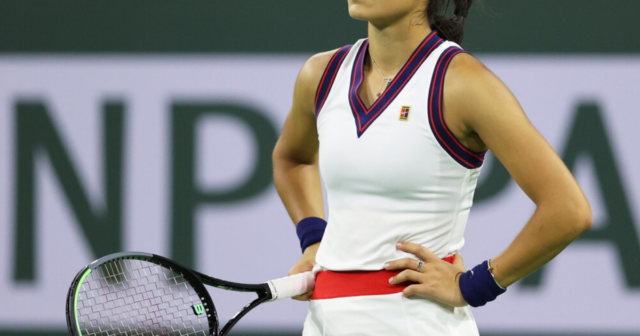 EMMA RADUCANU’S search for a new coach has been a struggle because prospective successful applicants are demanding too much money, according to reports.

However, a trial with Jo Konta’s former trainer is in place.

The British teenager is still on the hunt for a new mentor.

She ditched Andrew Richardson days after the sensational US Open victory because the youngster wanted someone with more WTA Tour-level experience.

Richardson himself only came in after she got rid of Nigel Sears following her run to the fourth round at Wimbledon as dad Ian oversaw another overhaul in her box – just as he has done throughout her tennis days.

But with the role as Raducanu’s coach now being one of the most scrutinised roles in women’s tennis, the Daily Mail report potential replacements for Richardson are after big money.

The likes of Argentinian Carlos Rodriguez, Australian Darren Cahill and Spaniard Esteban Carril have all been linked with the vacant post.

They each know the ruthless nature of coaching in the women’s game, with Carril axed by Konta just weeks after she was named most improved player of 2016 and broke into the world’s top ten.

But it is Carril who looks set to work with Raducanu on a temporary basis.

The teenager put out a public request for coaches to come forward following her early exit from Indian Wells.

And the Spanish coach, who has also worked with Katie Swan and Jay Clarke, responded.

After a decent playing career, breaking into the top 500 in singles, he has forged a strong reputation within coaching, especially on British shores with his work at the LTA.

Carril, 44, is training with Raducanu in London before they head to her dad Ian’s homeland for the Transylvania Open in Romania.

Raducanu was due to play the Kremlin Cup in Moscow but pulled out of the tournament last Thursday because of a ‘schedule change’.

If the partnership is successful, Carril could be appointed on a permanent basis – although the Raducanu family may wish to test out other options before making a commitment ahead of the new season.

The mastermind behind Maria Sharapova’s rise to stardom, though, reckons the coaching role for Raducanu could be a poisoned chalice.

Michael Joyce told SunSport: “I was really surprised with the wording of the statement that was released when Emma announced she was splitting with Andrew Richardson, saying she felt she needed someone with Tour-level experience.