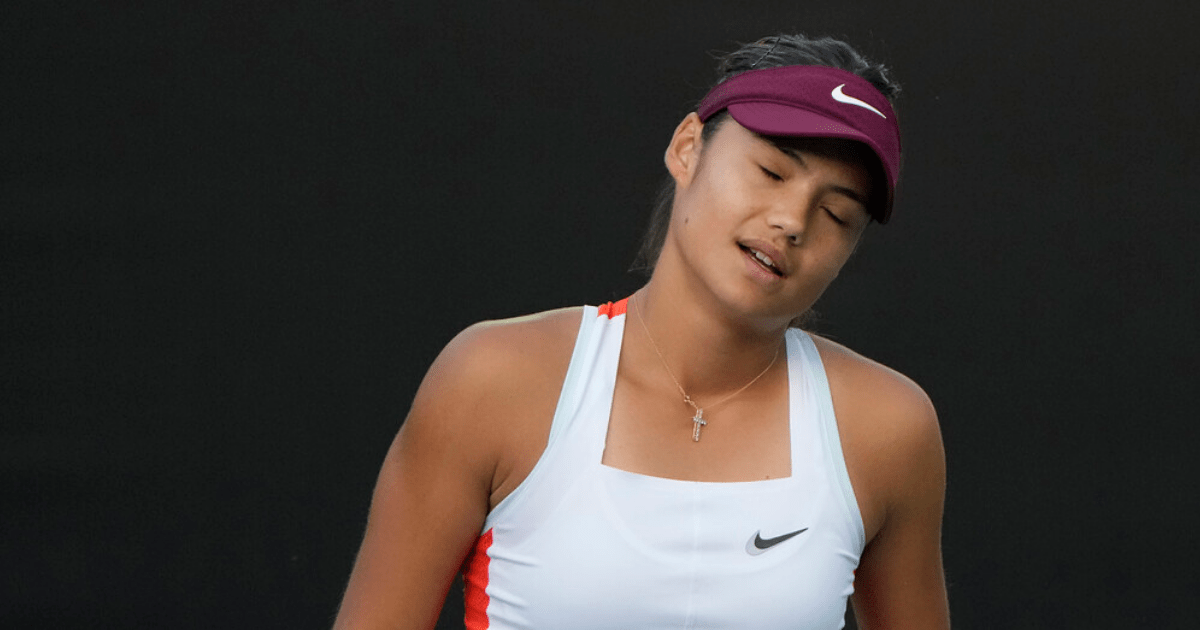 EMMA RADUCANU’s WTA season is over due to a wrist injury.

And the Brit, 19, faces a race against time to be fit for the Billie Jean King Cup Finals in Glasgow.

The 2021 US Open champion has withdrawn from next week’s Transylvania Open in Cluj-Napoca, Romania where she had been granted a wildcard.

It also means she is out of the Guadalajara Open in Mexico, which starts on October 17.

Her team have confirmed that she will not play on the women’s Tour again until the start of the 2023 season – which should be at the inaugural United Cup in Australia – and it is expected she will now go on holiday.

The world No.67 is set to represent Britain in ITF team combat next month provided the wrist issue has fully healed.

Raducanu had looked okay and without discomfort in her first-round defeat on Tuesday at the Ostrava Open.

But she pulled out of the Korea Open semi-final against Jelena Ostapenko last month with a sore glute.

This is the latest in a series of physical setbacks for the Kent teen in the 13 months since triumphing in New York.

She has had side and leg problems as well as issues with her wrist, thigh, back and persistent hand and feet blisters.

Raducanu had been relishing a return to the Transylvania Open after reaching the quarter-finals last year before losing 2-6 1-6 to Marta Kostyuk.

She said last week: “I had a really fun time last year in Cluj, the people were amazing and made me feel so so welcome so I’m really excited and happy to say I’m coming back again this year.

“Whenever I can I love to go back to Romania, it’s where my dad came from, and I have so many positive and happy memories from there so I’m really looking forward to coming back.”

Did you miss our previous article…
https://www.sportingexcitement.com/tennis/tennis-stunner-rachel-stuhlmann-spills-out-of-low-cut-top-on-court-and-sends-fans-into-meltdown/

Advertisement. Scroll to continue reading.
In this article:emmaraducanu, forrest, oftheyear