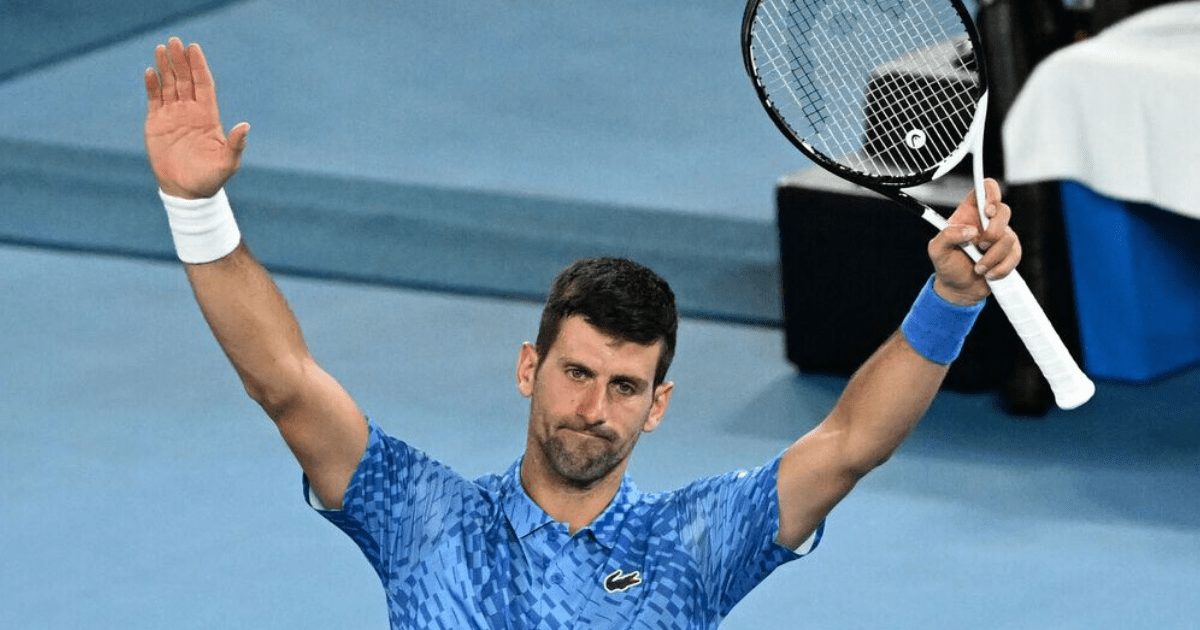 EMOTIONS got the better of Novak Djokovic after he was asked about his family following his stunning win over Alex de Minaur last night.

The 35-year-old Serbian star, who is a 21-time Grand Slam winner, is on track to pick up a tenth Australian Open crown after crushing his Aussie opponent 6-2 6-1 6-2.

"Her look is the most beautiful look I've ever experienced in my entire life.”

He was asked on the court by Jim Courier “why” he destroyed de Minaur so brutally, to which he replied: “Because I wanted to.”

However, when the topic of his kids was raised, the usually ice-cool legend revealed his softer side as he tried to hold back the tears.

“The important thing is he is just loving what he is doing, whether it is tennis – whatever sport – of course as a father I want him to be active, be healthy.

“He loves tennis, he wants to watch every single match. Whenever I am at home there is no tennis break for me because I play with every day. It is the most beautiful thing that I could ever experience in my life, being a father of wonderful two little angels.

“Who knows maybe one day Stefan and I [can] come back here playing doubles with you guys. I still have plenty of time left ahead of me.”

But the waterworks appeared to flow when he was asked about his daughter Tara.

He revealed: “She is not into tennis at all. She is into ballet, gymnastics. She’s a really cute girl.

“She is keeping me grounded and humble as well. She spins me around every single day, whenever she looks at me I am disarmed. Her look is the most beautiful look I have ever experienced in my entire life. I miss them very much.”

Djokovic, who now faces fifth seed Andrey Rublev in the quarters, also told his doubters that he is NOT faking his injury.

He played through this Australian Open with tape on his left hamstring and sometimes he has required medical attention.

Coming into this first Slam of the New Year, he admitted he was very concerned it might go badly and wreck his tilt at a tenth title in Melbourne.

Former Wimbledon doubles champion Todd Woodbridge – who now works for the host broadcaster – is one who has cast cynicism on the physical problem, claiming he is “playing it up nicely here and there”.

The former world No.1 told Serbian media: “I leave the doubting to those people – let them doubt.

“Only my injuries are questioned. When some other players are injured, then they are the victims, but when it is me, I am faking it.

“It is very interesting…I don’t feel that I need to prove anything to anyone. I have got the MRI, ultrasound and everything else, both from two years ago and now.

“Whether I will publish that in my documentary or on the social media, depends on how I feel. Maybe I will do I it, maybe I won’t.

“I am not really interested at this point what people are thinking and saying. It is fun, it is interesting to see how the narrative surrounding me continues, narrative that is different compared to other players that have been going through similar situation.

“But I am used to it, and it just gives me extra strength and motivation. So I thank them for that.”