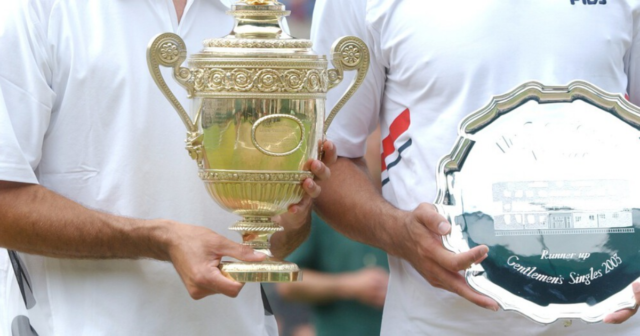 A FORMER Wimbledon finalist has revealed his ‘shame’ at being poor and having to ask friends to buy him food.

It was the Swiss legend’s maiden Grand Slam triumph of a record 20.

But things went dramatically downhill for the Australian – physically, emotionally and financially.

Philippoussis, who had his sixth knee surgery in 2009 and saw his money dry up before officially retiring in 2015, said: “I was out for a few months. I couldn’t afford much, actually. I had to ask friends just to shop for food.

“We would always, just, for seven days in a row we’d have this cabbage pasta that ends up being one of my favourites but my mum calls it ‘poor people’s food’ because it’s so simple, it’s just cabbage with some spices and pasta.

“I felt very much ashamed because they gave their dream for me and my responsibility was to look after them.

“I was in a dark place and had depression. There’s no greater pain in my heart than watching my loved ones suffer because of my actions.”

Philippoussis, now 44, won 11 career titles, including the prestigious 1999 Indian Wells, and was beaten in his other Grand Slam final – the 1998 US Open.

He reached a career-high of No8 in the world rankings but had already undergone three operations on his knee before his comeback run at SW19 in 2003.

But his further subsequent injuries coincided with a dramatic loss of form as the finances dropped off.

As well as leaving him in financial turmoil, the 6ft 5ins Melbourne ace felt as though he had let his family down – especially after their sacrifices for him to get into professional tennis.

Philippoussis, now on TV show SAS Australia, added: “Family’s my world. It’s my priority. My everything.

“I had a dream to become a professional tennis player and my family put everything on the line.

“My father had a good job in the bank business and quit because he said he wanted to help me fulfil my dreams — so he let go of his dreams and I worked very hard and I was lucky enough to fulfil my dreams.

“But I’ve gone into a tough situation with injuries where everything stopped.

“When you’re an athlete, the last thing you want to think about.

“They always say, ‘Save for a rainy day’.

The Australian officially retired in 2015 after a career dogged by injuries
Advertisement. Scroll to continue reading.
In this article:Roger Federer, Wimbledon