Fallen tennis star Boris Becker ‘faces being kicked OUT of Britain’ after serving time for hiding £2.5m in assets
Advertisement 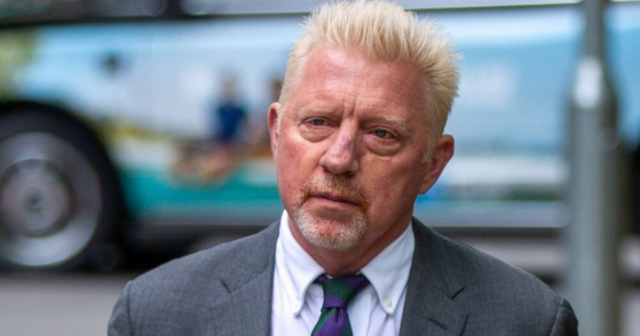 BORIS Becker could be kicked OUT of Britain when he leaves jail, deportation rules state.

The fallen tennis star, 54, is serving time for hiding £2.5million of assets and loans to avoid paying debts after being made bankrupt.

Boris Becker could be kicked out of Britain when he’s released from jail, according to deportation rules

He was jailed for two-and-a-half years in April, with sources saying he has since landed a cushy job at HMP Huntercomb in Oxfordshire.

But according to deportation rules, the German, who has won Wimbledon three times, could be kicked out of the country the minute he is free.

A Home Office spokesperson said: “Any foreign national convicted of a crime and given a prison sentence is considered for deportation at the earliest opportunity.”

Another scenario could see Becker repatriated to Germany before his sentence finishes, serving out the rest of his time over there under the Government’s Early Removal Scheme.

The scheme allows “any foreign national serving a fixed sentence who is liable for removal from the UK to be removed from prison and deported up to 12 months before the earliest release point of their sentence”.

It would mean Becker could be released on licence much sooner in Germany, which has a softer penal system than Britain.

A source previously told SE: “He’s very confident he’ll be back in Germany well before Christmas.

It comes as insiders say the tennis champ has been made a classroom assistant, teaching sports science to other lags in jail.

It’s understood he is not working in the jail’s gym as he does not have enhanced prisoner status because he has not served long enough behind bars.

One insider said: “It’s not exactly the life of luxury he’s used to — but he’s got it better than most inmates.”

Did you miss our previous article…
https://www.sportingexcitement.com/tennis/inside-nick-kyrgios-post-wimbledon-break-with-stunning-girlfriend-costeen-hatzi-as-pair-meet-pigs-and-sharks-in-bahamas/