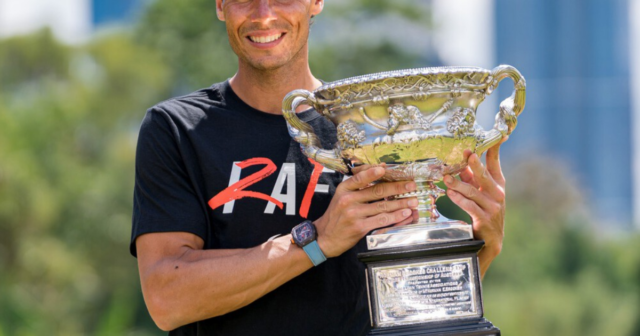 RAFA NADAL made history at the Australian Open after recording his 21st Grand Slam win.

The 35-year-old came back from two sets down to beat Daniil Medvedev and surpass the legendary Roger Federer and Novak Djokovic’s 20 Grand Slam win record.

Nadal won a record-breaking 21st Grand Slam but it came at a cost, with the Spaniard being left with an embarrassing tan lineThe Aussie Open win saw him surpass Federer and Djokovic’s record of 20 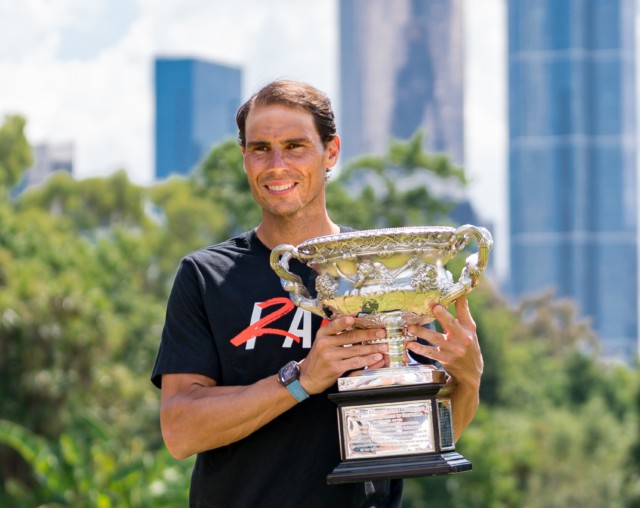 Nadal has expressed his desire to defend his title next year 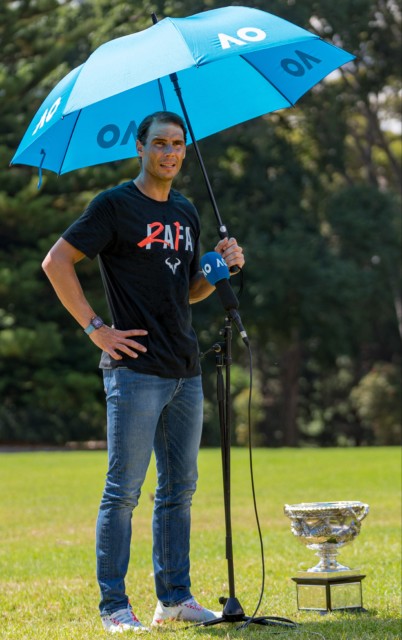 But the historic win did not come without sacrifice.

The hot Aussie heat left the Spaniard with a noticeable tan line across his forehead.

Nadal’s hair parting as well as the top half of his forehead were left pale, whilst the rest of his sun-kissed face was left with a golden glow.

One fan said of the Manacor-born tennis ace‘s tan: “So proud of this bb!!!!

“But the forehead tan line is inexplicable.”

A Twitter user quipped: “In absolute bits at Rafael Nadal’s headband tan lines like god love him he looks like he’s stayed over the girlfriend’s and accidentally washed his face with a tanning mitt?”

Nadal wants to defend his Australian Open title, so that puts having Children on hold for at least another year.

The Spaniard has been dating his wife Xisca Perello since 2005, but the pair didn’t tie the knot until 2020.

And Nadal is open to the idea of having children once his playing career is over.

He said: “I would love to have children: boys, girls… I’m a person who loves kids and I’m a family guy.