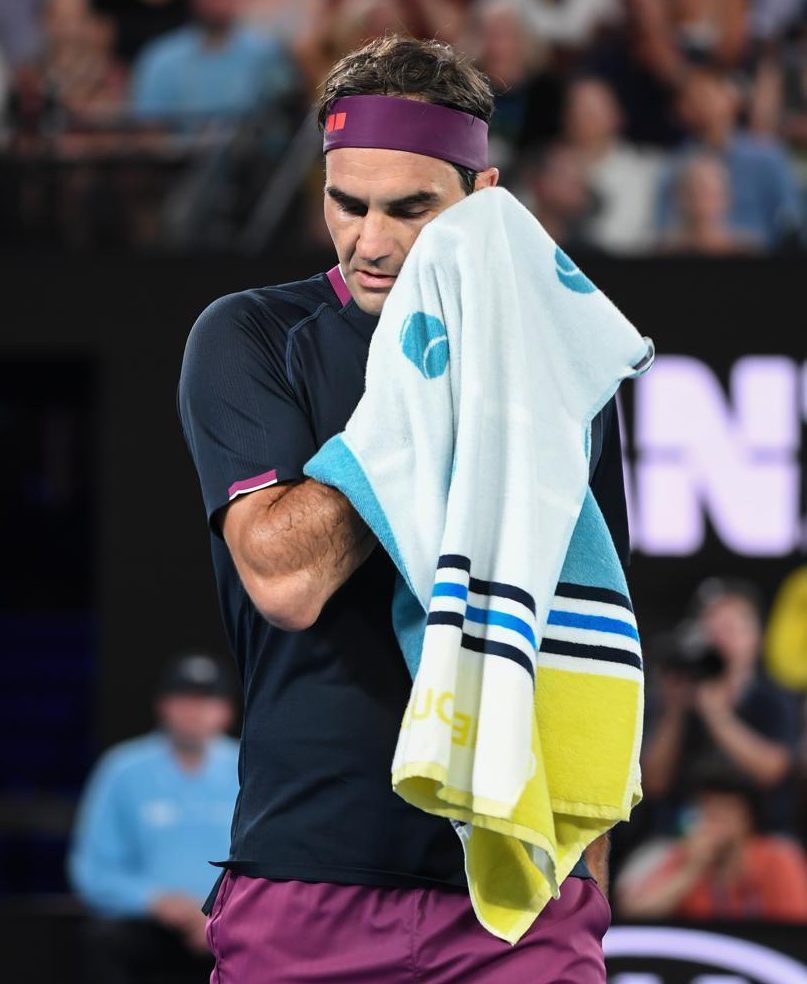 ROGER FEDERER discussed quitting a tennis match for the first time in his pro career before his Australian Open exit.

In the end, the Swiss star played through the pain barrier but was unable to produce one further Miracle of Melbourne.

The 38-year-old gave himself a 3% chance of beating the dominant Djokovic in their 50th meeting.

Veteran Federer was carrying a niggling groin and leg injury after his quarter-final comeback.

And he required a medical time-out after losing the first set of the 7-6 6-4 6-3 semi-final defeat.

In preparation before the match, Fed spoke with his coaching team about what to do if the pain grew worse last night and if it started to cause long-term damage.

Federer, who cancelled his Wednesday match practice, said: I believed there was something that could be done today.

And I also felt at least it was probably not going to get worse.

If it did, this would have been my first retirement.

We did talk about it with the team, how bad is it allowed to feel and all that stuff.

It never went there, so thats good. But youre playing careful, obviously.

I thought I was going to make it. I went for a scan and it was alright.

After that, we didnt push it. I didnt practice. I took a day off.

I just really rested until as late as possible. But I didnt have any pain in the daily stuff. That was a positive sign.

The timeout is just one of the things that needed to be done to prevent any further problems.

Once in the match, I felt I was probably going to be able to finish, which was a good thing.

But it was horrible, to go through what I did. A nice entrance, nice send-off, and in between is one to forget because you know youve a 3% chance to win.

You know youve got to go for it. You never know. But once you can see it coming, that its not going to work anymore, its tough.

The world No.3 had three break points to move 5-1 ahead in the first set but did not take his chances amid 39-degree temperatures.

Once Djokovic regained his focus, he stormed through the tie-break and then went up the gears in the next two sets.

His unprecedented eighth Australian Open final appearance on Sunday will be against either Dominic Thiem or Alex Zverev, who are inexperienced in the latter stages at this Slam.

‘HE WAS OBVIOUSLY HURT’

The Austrian and German, both surprise semi-finalists, face each other on Friday.

In this form, having dropped just one set out of 19, Djokovic is the overwhelming favourite to claim a 17th major title.

After the match, Djokovic expressed his admiration for Federer, saying he deserves enormous credit for lasting the course while not 100%.

The world No 2 said: I want to say respect to Roger for coming out.

He was obviously hurt and wasnt at his best or close to it in terms of movement.

Respect to him for trying his best all the way through.

I was nervous at the beginning.

It was probably not the right mindset. I was looking more how he was moving, rather than executing my own shots.

Once I won the first set, an important one to win, I mentally relaxed a bit and could swing through the ball more.