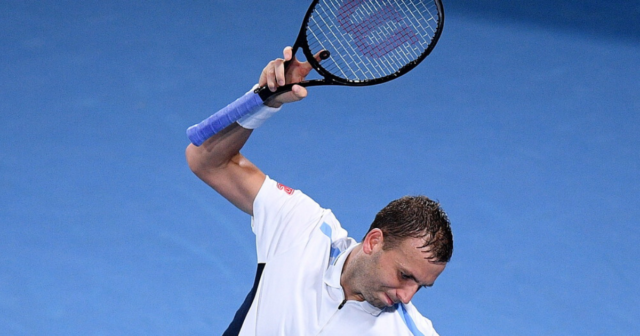 FUMING DAN EVANS exploded at ‘scared’ officials and labelled them a ‘f***ing embarrassment’ as he lost an epic three-hour semi-final epic in the Sydney Classic.

The British No 2 lost it early in the third set after he was angered by how long Aslan Karatsev was allowed to take for a bathroom break.

The ATP introduced a new three minute rule allowance for toilet breaks and a further two for a changer of clothing.

Karatsev chose to take that after Evans had pegged him back in the second set tie-break.

His opponent, who lost 3-6, 7-6, 6-3, was absolutely furious and vented his anger at both the chair umpire and court supervisor.

Evans screamed: “That’s a f***ing embarrassment to the sport, embarrassing. F**k him.

He then directed his fury at Karatsev’s box and said: “Even you were asking where he is!”

His rage continued as he added: “You guys sit there every week and do nothing.

“Keep the same f***ing clothes! No-one on this tour plays tennis without running.

“You (chair umpire) sit there on your walkie-talkie, why do you have that? I want an answer. “Have you got an answer? How long was he off the court? Tell me, I want to know.”

Despite being called back to court and running the risk of defaulting, Evans successfully claimed back his break to go 3-2 behind in the deciding set.

But when there was a change of ends he then said to the officials: “I think you’re scared to make decisions.

“Every week. That’s not the rule. Five minutes to change his shorts and t-shirt? Five minutes? Good effort.”

Evans has now missed out on the chance of a first ever all-British ATP singles final in the Open Era as ice cool Karatsev held his nerve.

He has now sealed a spot against Andy Murray in Saturday’s Sydney final. 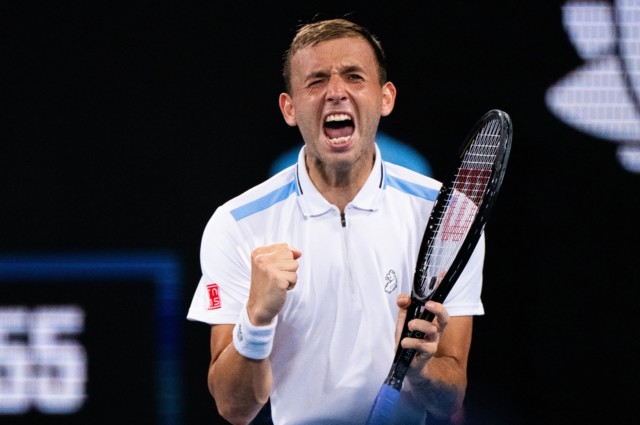 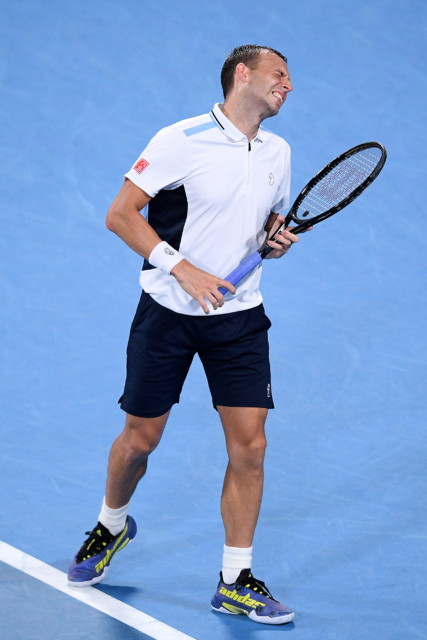 The star missed out on securing a place in the final against Andy Murray
In this article:Andy Murray