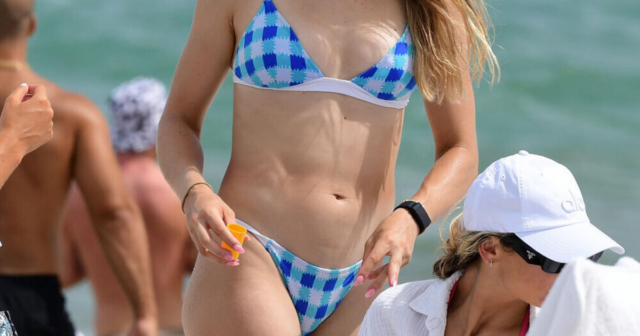 Tennis star Eugenie Bouchard stunned in a blue bikini on a Miami beach before tucking into some sushi.

Bouchard, also known as ‘Genie’, was pictured taking in the summer sun in Florida. 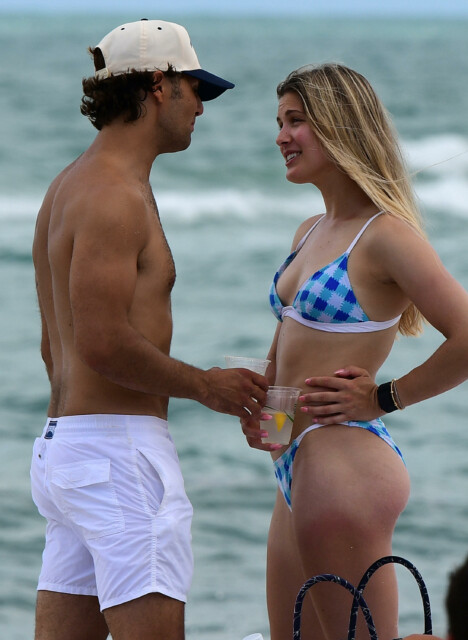 And after soaking in the sun during the day, she then switched the beach for a restaurant in the evening.

Celeste Bouchard, who is the Tennis star’s cousin, posted a story on her Instagram of her being fed some Sushi.

A later post then showed a group of them back in a taxi, with Bouchard seen cuddling a male friend in the back.

The Tennis star has a decent following on her own on Instagram, with 2.3million followers.

Bouchard, 28, made it all the way to the final of Wimbledon in 2014, but lost in straight sets to Petra Kvitova.

In doing so she became the first Canadian-born player representing Canada to reach the final of a Grand Slam tournament in singles.

She had won the junior Wimbledon title two years prior and also reached the semi-finals of the Australian and French Opens in 2014.

Her career-high rank of fifth also saw her become the first Canadian to be ranked in the top five for singles events.

However, the former SW19 finalist has now not competed since March 2021 after suffering a nasty shoulder injury.

She had been due to finally make her return at the All England Club, but opted to pull out after the WTA’s decision to strip the event of ranking points.

Bouchard has previously stunned fans in a red bikini to celebrate Canada day earlier this year, and wore a daring outfit while in attendance at the F1 Canadian Grand Prix in Montreal – her home town. 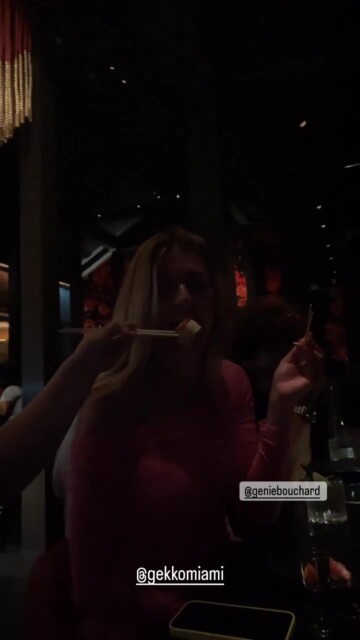 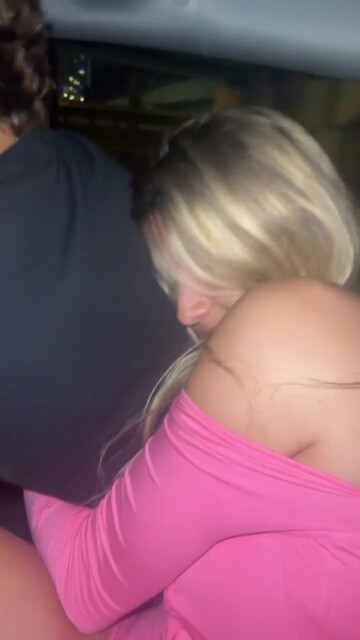