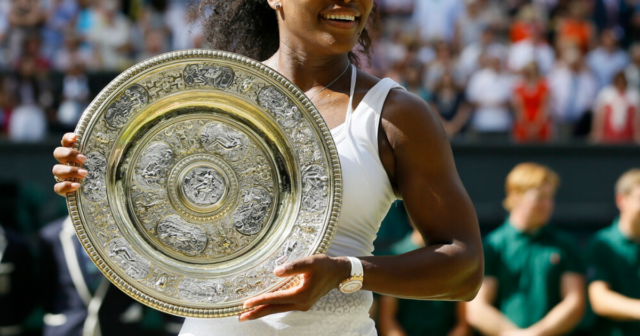 SERENA WILLIAMS is the greatest American tennis player in history.

She has won 23 singles titles in the Open era, as well as her 14 doubles titles.

Williams has been a sensation on the court, along with her sister Venus, and has changed the perception of the sport forever – especially with regards to race.

She is currently just one Grand Slam victory behind Australia’s Margaret Court.

Serena Williams confirmed in an interview with Vogue magazine she intends to quit the sport in 2022.

The New Yorker, 40, missed Wimbledon this year and will retire at the US Open, which starts on the final weekend of August.

She then hinted that she was considering retirement, before the release of Vogue’s article.

Serena wrote: “Believe me, I never wanted to have to choose between tennis and a family. I don’t think it’s fair.

“A lot of people don’t realise that I was two months pregnant when I won the Australian Open in 2017.

“But I’m turning 41 this month, and something’s got to give.

“I have never liked the word retirement. It doesn’t feel like a modern word to me.

“I’ve been thinking of this as a transition, but I want to be sensitive about how I use that word, which means something very specific and important to a community of people.

“Maybe the best word to describe what I’m up to is evolution. I’m here to tell you that I’m evolving away from tennis, toward other things that are important to me.”

Will Serena Williams play at the US Open?

Williams will play at the US Open starting on August 29.

She wants to win the tournament to equal Court’s record of 24 Grand Slams.