Has Wimbledon 2020 been cancelled due to the spread of coronavirus? Latest SW19 updates
Advertisement

WIMBLEDON is a British institution and one of summer’s big sporting highlights.

Read our Coronavirus in Sport live blog for the latest news, updates and cancellations

It is set to run for two weeks, ending on Sunday, July 12 with the men’s singles final.

You can expect to watch every serve, volley and forehand live on free-to-air TV, with the BBC retaining the rights to broadcast from the All England Club.

Is Wimbledon going to be cancelled due to coronavirus outbreak?

WIMBLEDON CHIEFS will decide next week whether to axe the tennis championships for the first time since the Second World War.

An emergency board meeting will be held to determine if the SW19 grass-court event needs to be postponed or cancelled in the wake of the global COVID-19 outbreak.

Playing behind closed doors given government restrictions on mass gatherings has been ruled out. 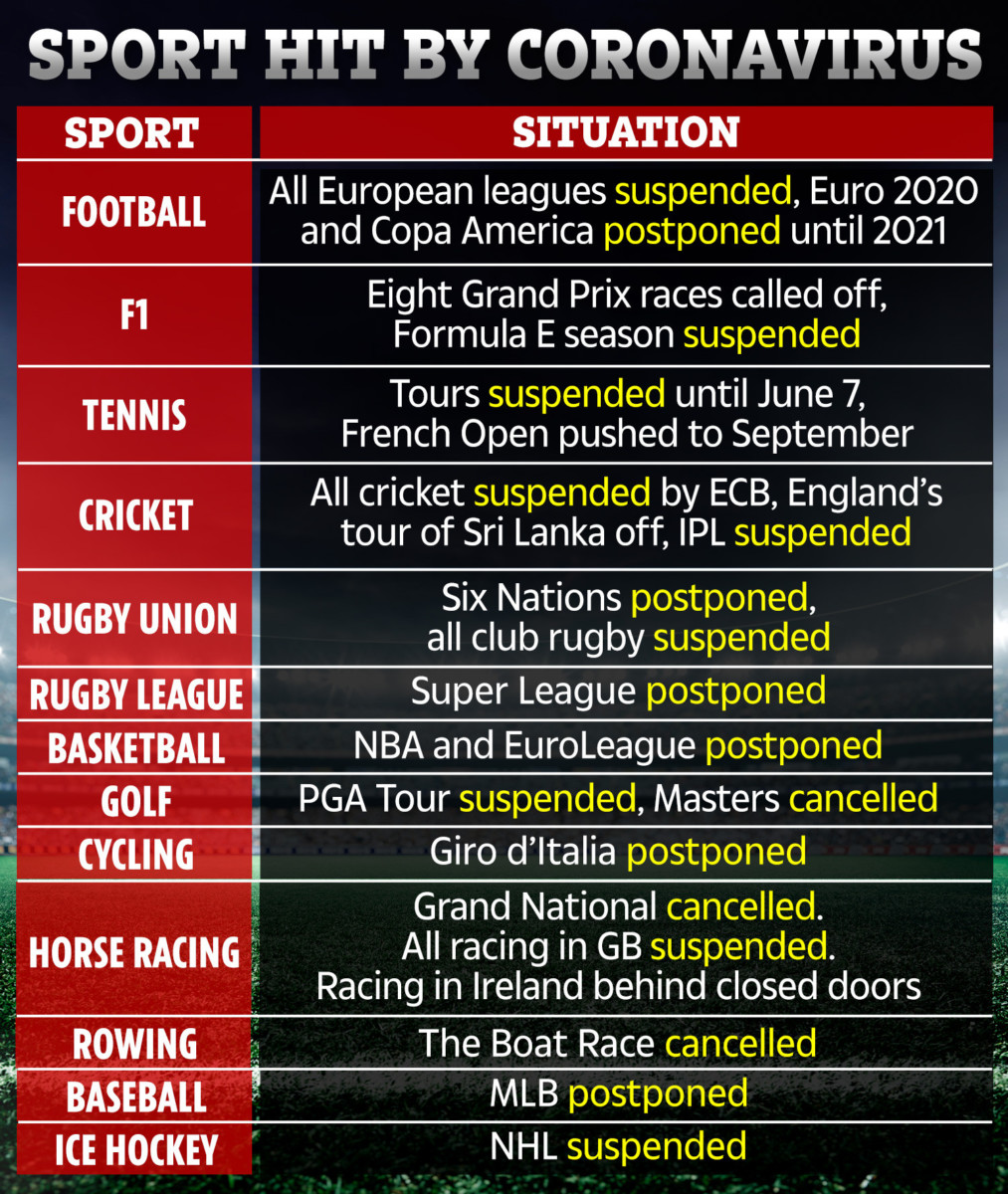