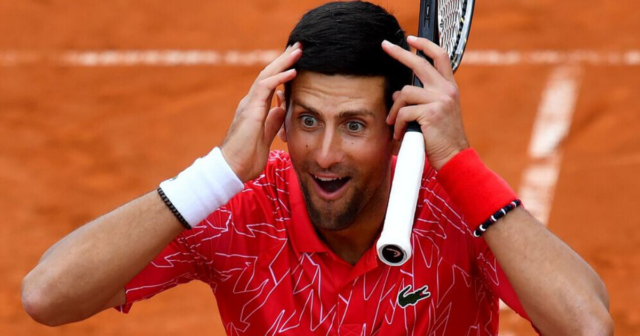 TRAPPED and humiliated inside a dingy refugee detention hotel, Novak Djokovic is paying the price for his anti-vax stance.

The world’s No1 tennis player is being held under guard in the makeshift centre — where asylum seekers say they have been served maggot-riddled food.

Novak Djokovic said in 2020: ‘Personally, I am opposed to vaccination and I wouldn’t want to be forced to take a vaccine in order to be able to travel’
With typical Australian frankness one Twitter user posted: ‘Just get vaccinated, ya knob’ – Djokovic pictured at border force in Melbourne

One of 33 immigration detainees at the down-at-heel Park Hotel in Melbourne, the 34-year-old will only be allowed out under escort.

It is a humbling experience for a man whose genius on the court is matched by his eccentricities off it.

With a record-equalling 20 Grand Slam titles and said to be worth $220million, Djokovic’s singular will to win is infused by beliefs that tend towards New Age quackery.

He employs a spiritual guru, believes you can talk to water and counts a tree as a friend.

Many believe his current plight is one of his own making by him refusing to provide proof he is exempt from the Covid vaccination.

Nicknamed Nole — and now “Novax” — Djokovic is perhaps the world’s most high-profile anti-vaxxer.

In 2020 he said: “Personally, I am opposed to vaccination and I wouldn’t want to be forced to take a vaccine in order to be able to travel.”

Australians, who are suffering an Omicron surge, have been brutal in their condemnation of the champion.

With typical Australian frankness, one Twitter user posted: “Just get vaccinated, ya knob.”

Sydney Morning Herald columnist Peter FitzSimons wrote: “When they hold the World D**khead Olympics, he would be my pick for the gold medallist.”

Djokovic must now wait until at least Monday for a court to decide whether he can stay and defend the Australian Open title he won last year — and for a record ninth time.

It is an astonishing turnaround for the star who was brought up with Nato bombs raining down on his native Serbia.

Married to his teenage sweetheart Jelena, 35, with whom he has son Stefan, seven, and daughter Tara, four, he has often held odd views.

In a 2018 interview with Shortlist magazine, he said: “I believe that it is our mission to reach a higher frequency through self-care by exploring and respecting our own avatar, our body and, by doing that, raising the vibration of the planet.”

There are reports he has been a regular visitor to “Bosnian pyramids” near Sarajevo, which some believe give off a mystical energy.

Though in 2006, the European Association of Archaeologists wrote an open letter to the Bosnian government denouncing the pyramids as a, “Cruel hoax on an unsuspecting public”.

He would also break up his Wimbledon visits with trips to the nearby Buddhapadipa Temple to meditate by a lake.

Then there were his comments on how he visits Melbourne’s Royal Botanic Gardens to celebrate winning the Aussie Open.

In 2019, he explained: “I have a friend there, a Brazilian fig tree, that I like to climb and I like to connect with, that’s probably my favourite thing to do.”

A committed vegetarian, he stopped eating gluten in 2010 after being diagnosed with an allergy after holding a piece of bread to his stomach.

Nutritionist Dr Igor Cetojevic got him to stretch out his right arm while placing his left hand on his stomach.

When Djokovic repeated the action a second time with a slice of bread against his body, he noticed his outstretched arm felt weaker.

In 2016 he began working with ex-tennis player and Spanish spiritual guru Pepe Imaz, who extols the benefits of tree-hugging and instituted the “peace and love” gestures that accompany Djokovic’s victories.

Last year he participated in a live Instagram chat with wellness svengali Chervin Jafarieh, where the pair discussed how the “power of prayer” could make “toxic” food and water more healthy.

“Because water reacts and scientists have proven that, that molecules in the water react to our emotions, to what is being said.”

In April 2020, Instagram posted a “false information” tag on her stories after she shared a video about 5G causing coronavirus.

She later clarified her position, saying she was not claiming the theory “to be true or not”.

Their marriage has been a target for gossip over the years.

BBC commentator John McEnroe put their relationship under the spotlight in 2017 when he speculated that Djokovic’s poor run of form could be down to “some off-court issues with the family”.

During the couple’s courtship in 2011, it was reported that Djokovic was texting Serbian pop star Natasa Bekvalac.

He is also said to have an “emotional bond” with DJ Lady Lee, real name Lidija Popovic, who he previously dated.

Djokovic and Jelena were dogged by split rumours in 2019 when she failed to attend any of his matches at Wimbledon.

And last year Serbian model Natalija Scekic claimed she was offered more than £50,000 to trick the tennis ace into sleeping with her on camera.

She was offended by the offer and said she stormed out of the meeting.

“But that doesn’t affect Jelena and me because we love each other.” Djokovic’s detention has now become an international spat.

Serbian president Aleksandar Vucic described it as a “political witch-hunt”.

But usually diplomatic rival Rafael Nadal, 35, said: “I believe in what the people who know about medicine say, and if those people say that we need to get vaccinated, we need to get the vaccine.

“I went through Covid. I have been vaccinated twice. If you do this, you don’t have any problem to play here. The world, in my opinion, has been suffering enough to not follow the rules.”

But alone in his modest hotel room — when he should be practising for a world-record 21st Grand Slam — Novax is unlikely to have a change of heart. 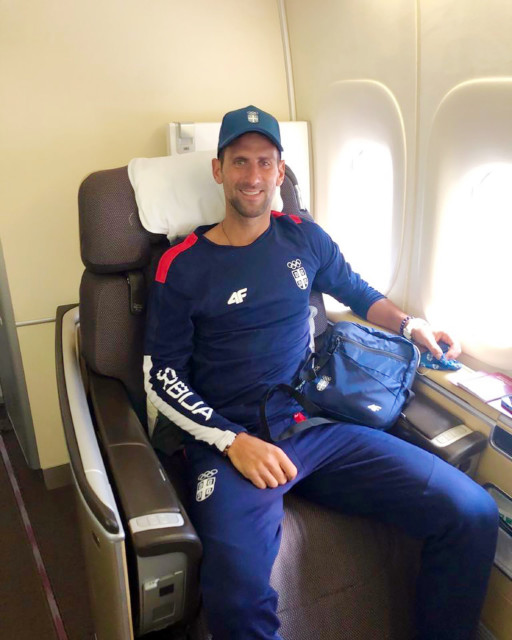 Djokovic on the way to Australia 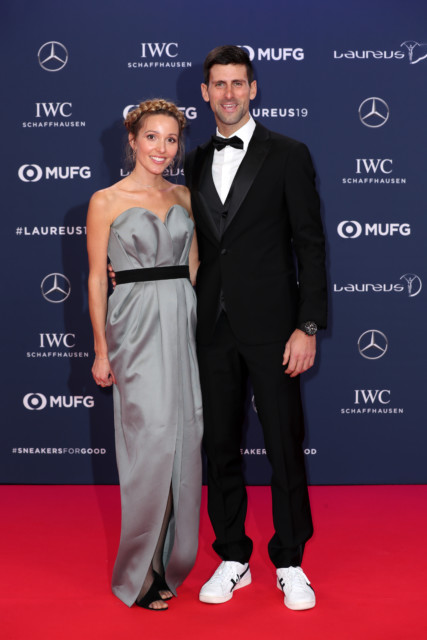 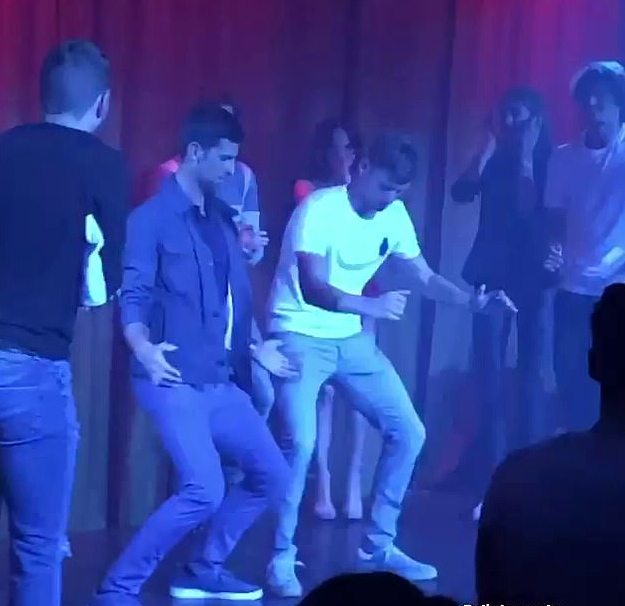 Djokovic is pictured dancing in a club during the pandemic 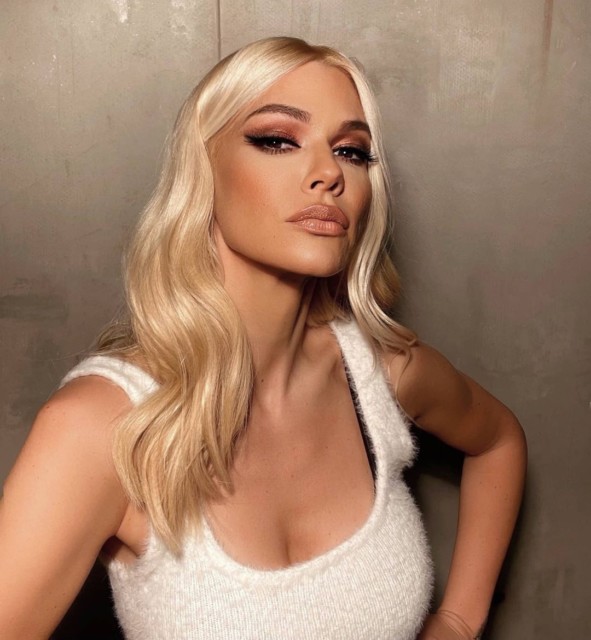